Have you ever wanted to watch a movie while replying to someone on Gmail conversation? Or have you ever thought of preparing some doc and look at a file’s copying status on Windows simultaneously without switching applications? Well, this can be very easily done by splitting your Windows screen. And that too without any software or any other extra settings in Windows.

In this article, we will take you through the steps to split your screen on Windows 7/8/10 and work on two or multiple applications at once.

You do not have to make any settings to open two active windows side by side. This is the default feature provided by Windows OS, and it can be done within seconds. Yes! It is that easy. And it can be done in 2 ways:

Splitting windows screen by this method is done by dragging and dropping screens on left/right side of the display. And this method can be used in all the versions of Windows 7/8/10 to split multiple screens. You just need to follow these steps to do so.

To demonstrate the steps, we will have pictures on one window and Gmail conversation in another window.

1) Open both the applications you want to work on at once on your PC. So that it will be shown at the bottom taskbar of Windows.

2) Next, click on the navigation bar on one of the applications & drag it to the right end of the screen and release it. This will make it cover half of the Window screen. 3) Now open another app from the bottom dock of opened apps. Click on the application to open it.

4) Next, you have to follow the same procedure. Here we are using a browser as another window. Again tap & hold the navigation bar of the window & drag it to the left end of the screen. This will cover another portion of the screen. 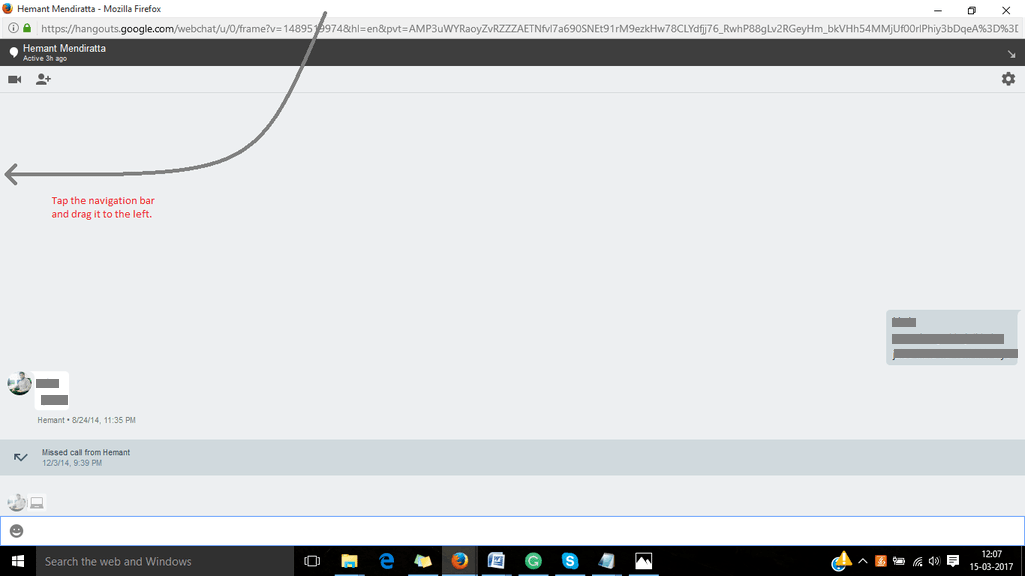 5. Now just resize the windows so that they don’t overlap on each other. Also Read: How To Draw Arrows On Pictures On Windows

So now you have two applications opened on the same screen. And you do not have to switch applications; you can seamlessly work on two windows by dividing the screen using this simpler way.

This method is much faster than the Drag and drop method which we’ve already discussed. And while being faster, this method is also really easy to split screen on Windows. Just follow the steps explained below.

1. Open the two windows on which you want to work on simultaneously.

3. Afterward, go to the other window, and while on that window screen, press Windows+Right key. Now, this window will be shifted to the right side of the screen covering another half of the display.

(Note: You can also include the third or even fourth window by resizing the open windows and making space for all of them.)

To split the screen on Windows 8/10, you first have to enable the multitasking feature on your PC if it isn’t already enabled. To do that go to Start > Settings > System > Multitasking.

2. Now, go to any one of the window and press Windows+Left/Right key on your keyboard. The window will shift to the respective side and will reduce in size to make space for another window.

3. As soon as you perform the second step, you’ll see a list of all the open windows on the other side of the screen. Just click on any window on which you want to work on. And now the selected window will be on the remaining portion of the screen. 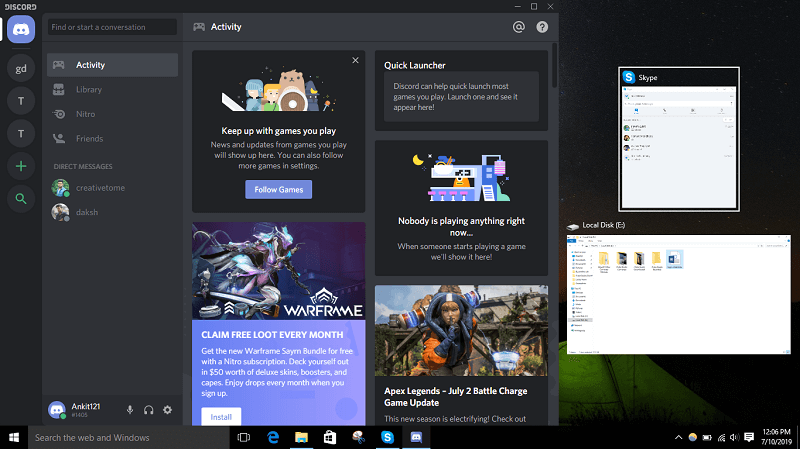 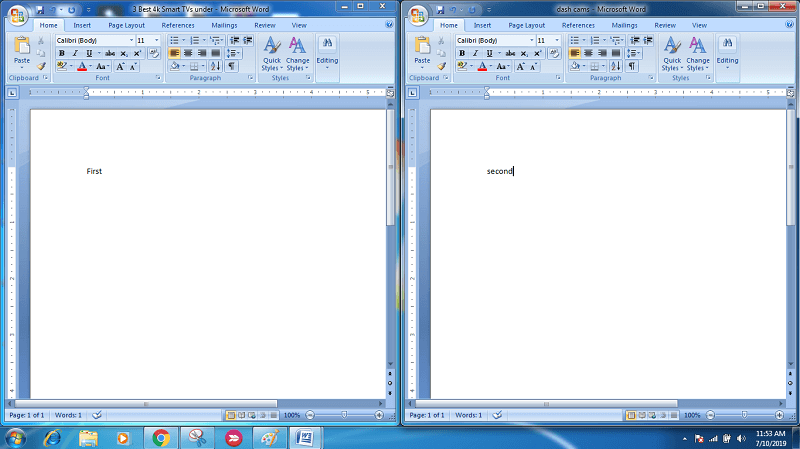 Now, this is something that can be really important at times, looking at two MS Word documents side by side. And this can easily be done by following all the methods discussed in this article. You just need to know how to open multiple MS Word documents.

If you have already opened your first document, then to open the second document, click on office button > open, and then select the document on which you want to work on.

And now you can follow the drag and drop or Shortcut method, to split your screen between those two documents of MS Word.

Also Read: How To Use Android Or iPhone As Mouse For PC

That’s it, this is how you can split screen on Windows to work on multiple applications simultaneously. Working on different applications at the same time sometimes become absolutely necessary. On the other hand, it also gets frustrating to split windows by resizing them. That is why with this article, we tried to make that easier for you by telling you about the shortcuts to do that.