RAM(random access memory) and ROM(read-only memory) both are internal memory for storage of data in your computer. You surely have heard about them a lot but very few of you might know the difference. Practically, there are many differences between both of these memories. The major one that you need to remember is that RAM requires power to hold data while ROM doesn’t. Thus, ROM is for permanent storage of data while RAM only stores data temporarily. Also, none of them is your hard drive, it is completely different storage that stores your files, music, software, videos, etc. But more about that later, in this article we’ll analyze both types of memories in depth and find out what they are all about.

Comparison Between RAM And ROM 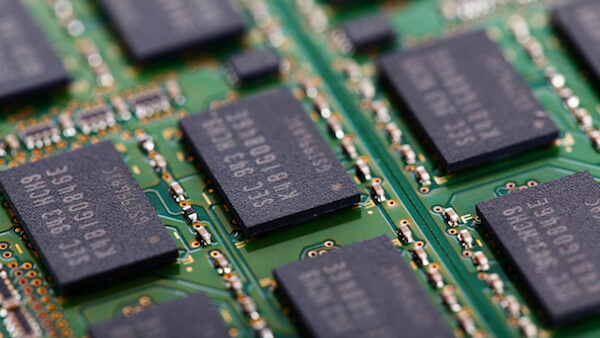 First, let’s have a quick look before we dive into the details.

Random access memory means your computer can access any address location of the memory directly. RAM is a volatile memory that means it only stores data temporarily and as soon as you switch off your computer the data gets deleted from the RAM. The type of data that RAM stores are mostly instructions or files that are used to run a program. The purpose of doing that is the program will read and load the data faster, regardless of where it is located in the memory. This way you can switch between other programs without restarting them because all the useful data is still stored in RAM. Once you close a program, its data also get erased, making space for other programs.

Therefore, the more storage capacity of RAM means it can run more programs in the background faster. For example, if you are playing a heavy game on your PC with low RAM and minimize it to use a browser or any other application, it takes time to load these applications. This is because background game data occupies your RAM and makes other applications run and load slower in the foreground. RAM is not only built in computers, but also in smartphones, tablet, and even smartwatches. In a computer RAM size ranges from 1 to 16 GB, there are however RAMs with the capacity of up to 128 GB available.

Also Read: 4 Ways To Check RAM Frequency On Your System

There are two kinds of RAM – static RAM(SRAM) and dynamic RAM(DRAM). The DRAM refreshes itself many times to retain the data it holds whereas SRAM needs a constant power supply to do so. SRAM mainly stores cache memory while DRAM stores main memory. That is why SRAM is comparatively faster and more expensive than DRAM. SRAM is bulky and made up of 6 transistors hence requires more space for storage. Nowadays most of the computers have become compact and uses DRAM for this very reason.

Read-only memory means the data that is stored in ROM can only be read by the CPU and cannot be altered by any means. The CPU can also not access the data present in ROM directly. It has to be first transferred to RAM during the boot-up process of the computer. The type of data that ROM stores consist of files and instruction that are required to load an operating system into the computer’s RAM on startup. ROM is a non-volatile memory that means the data stays in the ROM even after the CPU is turned off.

The BIOS in your computer is a perfect example of ROM that doesn’t need an update to work. ROM chips are a very old concept still used in computers as well as gaming cartridges like Nintendo and Gameboy. The size of the ROM is comparatively very small to RAM that ranges from 4 to 8 MB.

The four types of ROM are as follows:

PROM: Stands for Programmable ROM. It can be programmed/updated once by the user, using a PROM programmer.

EPROM: Stands for Erasable and Programmable ROM. The data on EPROM can be erased by exposing it to ultraviolet rays and then can be reprogrammed. This process can be carried out several times.

EEPROM: Stands for Electrically Erasable and Programmable ROM. The data on these kinds of ROM can be electrically erased using field electron emission. They are used in modern computers because of their capability to be reprogrammed multiple times.

Mask ROM: In Mask ROM the data is only written once at the time of manufacturing and then installed into the computers.

External memory is those kinds of memory that are present inside the computer to store additional data and increase the computer’s storage capacity. The computer does not access the information that is stored in them very often. For example songs, videos, games, and other program files can be stored on your external memory. Hard disks drives or solid state drives are examples of external storage memory. They can be stationary and portable that can be attached via USB or wirelessly. It lets users store data separately from the computer main memory and acts as removable storage. External memory costs very less for relatively higher storage size. They are compact and can offer up to 16 terabytes of storage capacity

We hope this clears your doubt regarding RAM vs ROM. Regardless of their difference, they both are necessary for your computer and plays an important role. While ROM is important for boot up, RAM is important for running programs on your CPU. If you have any input from your side regarding them then write it in the comments below.