Videos have always been a way to express something or to give out a message to the world.

Above that, videos have always dominated the other forms of entertainment like podcasts or novels. And in this age of the internet, platforms like Vimeo, YouTube, and IGTV are becoming more and more popular around the world.

Now if you’re an advertiser or a creator, then you must know the importance of a good video converter.

Basically, by using a video converter you can convert a video into different formats. And it is required because, unlike YouTube, most of the other platform doesn’t support all video formats. For instance, it is preferable to upload a video on IGTV having an MP4 format. And even if you are able to upload a non-preferable video format on a platform, it does compromises with its quality.

Now a video format can be easily changed through a Video converter.

And one such video converter is iSkysoft Video Converter Ultimate, which I am going to review in this article.

I have been using this converter (Windows version) to test it out for the review, and I must say this, that it is probably one of the best video converters out there.

So let’s get started with this review.

You can download iSkysoft Video Converter Ultimate.exe file within seconds because it is even less than 1MB. After downloading the .exe file, you can download and install the complete software on your PC within 15 minutes. And it is only 321MB when downloaded, which means you don’t have to worry about it taking much of your hard disk space.

The video converter is compatible with both Windows and macOS.

For Windows, it is compatible with Windows Vista/XP/7/8/10.

Whereas for Mac, it is available for all versions from 10.7 to 10.15 Catalina. So, we can say that the compatibility of this video converter goes really wide, which is pretty impressive.

As of other requirements, it goes well with 1 GHz Intel processor and above with a RAM having a minimum memory of 512MB. For instance, I am using this video converter in my office laptop having a 2GB RAM, and honestly, I am really happy with its smooth performance.

Apart from converting videos from your PC, you can download and convert videos from YouTube, Facebook or Vimeo directly on the video converter. And if you only want to download the audio of a particular video, then you can do that by downloading the MP3 of that video.

Above that, you can also burn video files into DVD disc, DVD folders or ISO/IFO file. And you can also make it work the other way around, which means you can also back up the files from DVDs into your PC. So with this video converter in your bag, you don’t have to download additional software for burning videos into DVDs.

3. Transfer Videos To Your Smartphone

This feature saves you from the trouble of exporting your videos from the converter to your PC before transferring them to your phone.

Now setting aside the editing part, you can also merge multiple videos into the desired format. So basically, you can take videos of different formats and merge them into a single video, having a format that you desire.

It’s truly amazing that a video converter comes with features like these, to prevent us from the need to download any additional video editor.

Talking about additional features, this video converter also lets you convert your images into different formats like JPG, PNG, BMP, and TIFF. And if you’re into GIFs, then you can use this converter to take a part of a video or even an image to convert it into GIFs. Now, what more could you wish from a video converter?

Using this video converter, you can also convert a video into Virtual Reality to watch it on the VR devices. The video can be converted into the 2D or 3D video mode with viewing angles of 180 and 360 degrees. Moreover, you can choose between 3 VR devices i.e. HTC Vive, Oculus Rift, Samsung Gear VR.

If you are troubled with videos that take huge space in your system, then this video converter will surely save you from that trouble. The “Video Compress” feature lets you compress videos without compromising their quality, which is really important. And if you aren’t impressed with that, then you’ll surely be after learning that you can compress videos in batch. So apart from converting videos, with this video converter, you can easily compress them to save on to your system memory.

Now let’s talk about the most important thing, which is the video formats. So you can convert videos into 150+ output formats, which includes popular formats like MP4, MPEG, MKV, FLV, and AVI.

The lowest video quality comes with the 3GP video, which is 176P. On the other hand, the highest quality provided by the converter is 4k, which is pretty amazing. It means you can use it with the videos from your smartphone that captures 4k videos.

Along with different video formats, it also lets you convert videos into desired Bitrates like 320kbps, 256kbps, or 128kbps. Above that, you can also choose between different formats according to devices like Apple, HTC, Samsung, LG, Google, and many more.

But if in some cases, you aren’t happy with the given audio or video formats, then you would be pleased to know that you can create your custom format. In custom format, you can set factors like Resolution, Bitrate, Frame rate, and Encoder as per your need.

The iSkysoft video converter comes with a Trial and a Registered/Paid version. The Trial version does allow you to use certain features, but with limitations to a number of uses. On the other hand, the paid version unlocks all the features with an unlimited number of uses.

The Trial version is only there to give you a taste of what this video converter has to offer. For instance, features like video compression, Meta info editing, transferring videos, and GIF maker can be used only for a maximum of 5 files. The Screen recorder in the trial version can only record videos up to 1 minute. As of downloading videos from the internet, it is limited up to 2 files.

And the most important thing, which is video conversion, is also limited. In the free version, the converter will only convert 1/3 length of the total video length, which is truly a downfall.

And finally, features like Burning DVD, high-speed conversion, converting videos in batch, using DVD templates and CD burner can’t be used at all in the free version.

So we can say that in the free version, you can work for a while, but if you want to use it for a longer time, then you will have to go for the paid version.

Unlike the Trial version, the paid version does allow you to use all the features without any limitation.

So basically, you can convert videos of any length after sparing some bucks out of your pocket. Also, after paying for the full version, you can fast process your conversion by using the High-speed conversion feature.

Now you might be thinking that how fast the conversion is with and without the high-speed conversion feature. Well, then let me tell you that I converted a 3:33 minutes long video to MKV format with a 720P quality, which was originally in MP4 format having the same resolution.

Even if the High-Speed conversion doesn’t work as it should be, there are still a lot of positives that come with the registered version. Like you can use features like Screen Recording to record your entire screen with the audio. Also, you can compress videos without compromising the video quality. And lastly, you can convert videos in batch, which really helps in saving a lot of your time.

iSkysoft Video Converter (now it’s called UniConverter) is by far the best video converter out in the market.

It comes with a lot of amazing features like screen recording and GIF maker, which makes it really attractive for the users. Moreover, it lets you merge and do the basic editing with the videos, and I don’t think that anything could beat that. However, if you want to fully experience this tool, then you’ll have to go for the paid version.

Because in the free version, you can’t even convert the videos to its full length. The pricing for the paid version starts at $39.95.

You can check it out on iSkysoft official site. 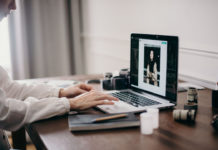 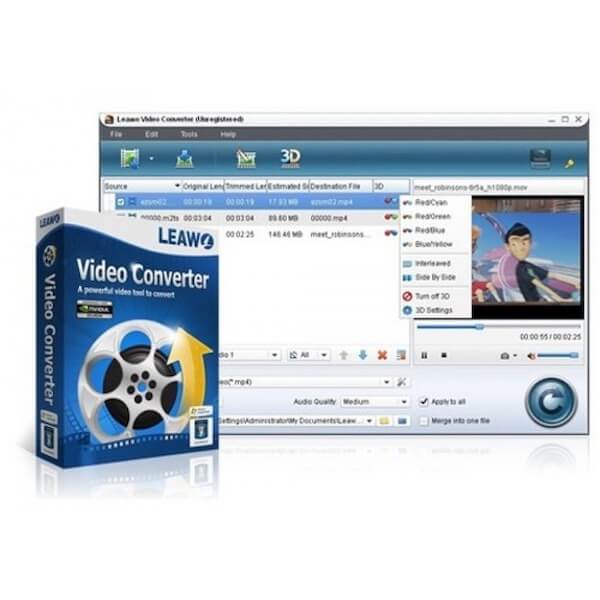