When you are making the list of the best apps for messaging and sharing media, not adding Hangouts to the list will be an injustice.

Billions of people use the app daily for their personal use or for their business motives and share a bunch of media on a daily basis.

The good thing about Hangouts is that the app stores the media in your Google account that has been shared through its server. This lessens your work as you don’t have to store the file on your device for future use.

But don’t you think it’s quite messy to keep all the media shared with Hangouts always stored in Google?

I mean, what’s the point in keeping the media transferred 2-3 months ago, or maybe a year ago? Or the media that you very well know is not gonna be of any use now. It’s not just useless to keep the old Hangouts records but it causes a problem when you’re looking for the photo or video in Google that you actually need.

So let’s see how to delete Hangouts photos that are simply useless for you using these simple steps below.

How To Delete Hangouts Photos

It is not possible to delete the shared Hangouts photos and videos from inside the Hangouts app. But this doesn’t complicate the deleting process at all. Just a few steps are to be followed and the task is done.

1. Using any browser on your computer system, open the Google Album Archive.

2. Here you will see the different albums consisting of photos. One of the albums will be present by the name Hangouts. Just click open that folder.

3. Now you will see the list of all the people to whom you have sent the photos on Hangouts. Click the folder for which you want to delete the photos.

3. All the media sent will now be appearing on the screen. Click on the 3-dots option at the top left side of the screen and then click on Delete album, if you want to get rid of all the stock present in that album.

4. Finally, click on DELETE to confirm the deletion of all the media in that album. 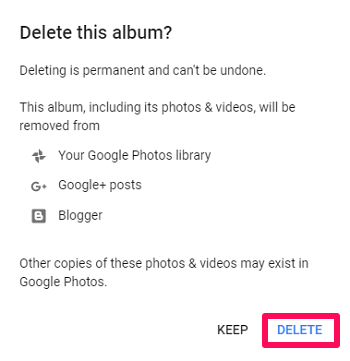 Do you think that getting rid of all the photos by deleting the album is a bad idea and you might need some of the photos in the future? How about deleting some particular photos and leaving the others as it is?

Finally, click on DELETE to move the photo to trash. 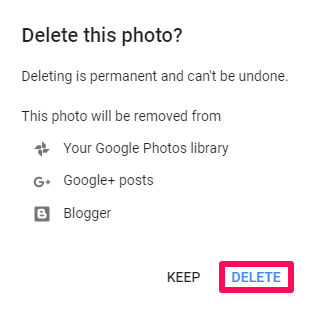 Similarly for deleting the photos from the Hangouts mobile phone, you have to follow the same steps mentioned above. There’s no separate method to do so with the cell phone app of Hangouts.

Consider watching this video if you are facing trouble deleting photos using these steps.

Here we would like to rest our article hoping that you were finally able to know how to delete Hangouts photos. It’s an all-rounder app that lets you chat with your friends, lets you enjoy audio call, and also video call just like FaceTime. So if you haven’t tried out these amazing features of Hangouts yet, just go and give them a shot.

1 thought on “How To Delete Hangouts Photos? Learn How To Remove Your Photos From This Popular Chat App”