With over 100 million downloads on Play Store and 480k downloads on App Store, Truecaller remains one of the most downloaded apps cross-platform. The app is popular among smartphone users because of its amazing list of features, which include Blocking spam calls, Recording Phone Calls, Backing up contacts, etc.

One such feature is Availablity which allows you to know if someone is busy on another call or not. It shows a red dot on a contact who is busy on another call. And a green dot on contacts who are free to receive calls. It is a great feature overall but there are some privacy concerns with it as well. The app runs in the background and keeps a record of your phone usage pattern and displays it on the app as your Last Seen. The Availablity feature is by default active on the Truecaller app until you turn it off manually.

So, if you don’t want others to know about your phone usage pattern, then this article is dedicated to you. Here you will learn how to turn off Availability and hide Last Seen on the Truecaller app.

Recommended Read: How To Unlist Your Phone Number From Truecaller

On What Does Truecaller’s Last Seen Depends?

This is a very relevant question that one may ask, that how Last seen works in Truecaller or what it depends on? So basically, Truecaller Last Seen depends upon the internet connectivity and the app usage itself. That means Last Seen is shown when the person is on the Truecaller app with an active internet connection. The Last Seen necessarily does not mean the last call time.

The other factor that Last Seen depends on is whether someone has the app installed on their phone or not. It means that if someone on your contact has not installed the Truecaller app on their device then you won’t be able to see their Last Seen. Also, iPhone users Last Seen is not visible on Android but Android’s Last Seen is visible on iPhone. This is due to some platform limitations on iOS.

The Last Seen is a very controversial feature that first appeared on WhatsApp, and later it was adopted by many other apps like Facebook Messenger, Instagram, and Truecaller. I call it a controversial feature because it was liked by a few and criticized by many for the privacy concerns related to it. However, the good thing is that these apps let you hide the Last Seen feature. And in this article, we are going to show you how you can do the same in Truecaller in a step by step manner.

Note: The steps are demonstrated using an Android device, but if you are an iOS user you can also use the same steps on your iPhone. The steps are exactly the same for both the Android and iPhone.

1. Open the Truecaller app on your Android smartphone.

2. Once open, tap on the menu icon at the top left corner. 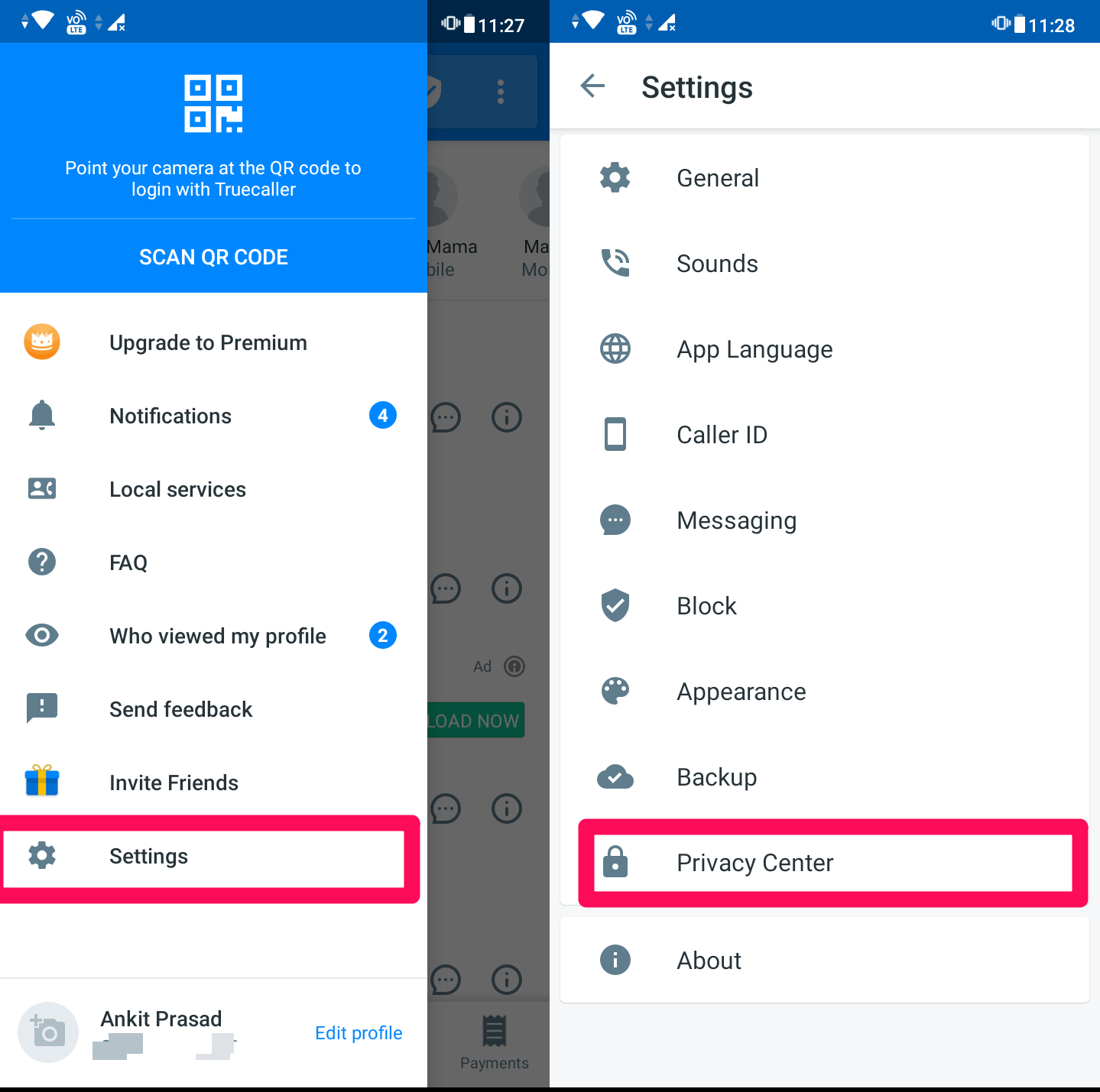 4. Under Privacy Center you will find the Availability option. Tap on it to turn it off. 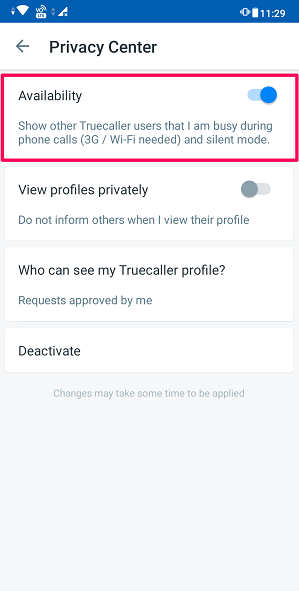 After you disable the Availablity on Truecaller, your Last Seen will be hidden.

Truecaller is a must-have app for every smartphone user, who wants to be in control of their contacts. Also with features like payment, message, and video call it has become an all-in-one app that everyone can use. But still, it has some privacy concerns that we dealt with in this article. And we are sure that the method provided in this article will help you overcome your privacy concerns on the Truecaller app.