Android smartphones provide entertainment to us in so many ways, playing games are one of them. Those who play games on the Android platform are surely aware of multiplayer gaming. In this, you can play games with your friends and people around the world online. Earlier multiplayer games were simple, just invite your friend and see each other’s scores and activity. With the growth in the gaming sector, developers are developing games which are allowing you to play it with other players online in multiplayer mode. So to enjoy such games on your Android phone we present you the best online multiplayer games that you can play right now. 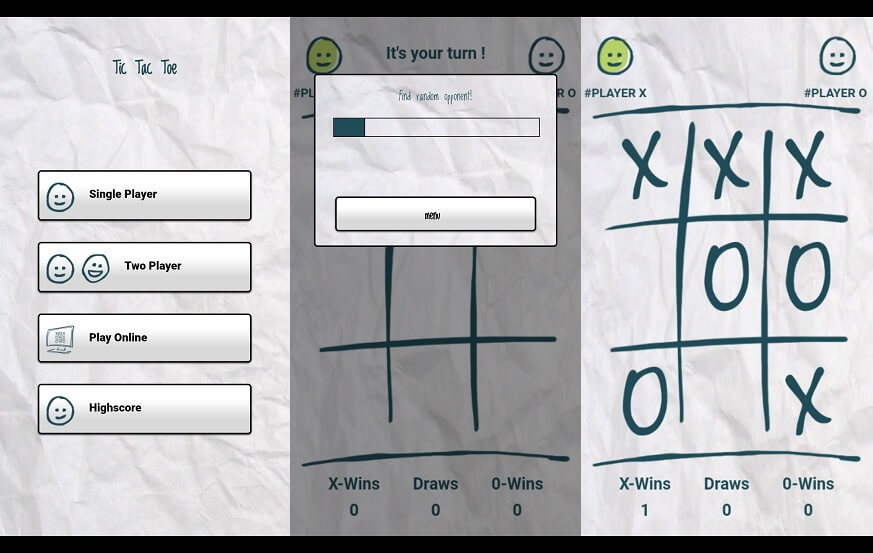 Now you can play the two players paper and pencil game on your smartphones with Tic Tac Toe. It has a single mode, two-player mode, and an online mode. You can play this game with other players who are online in play online mode. It will also show you the highest score of all the player online. 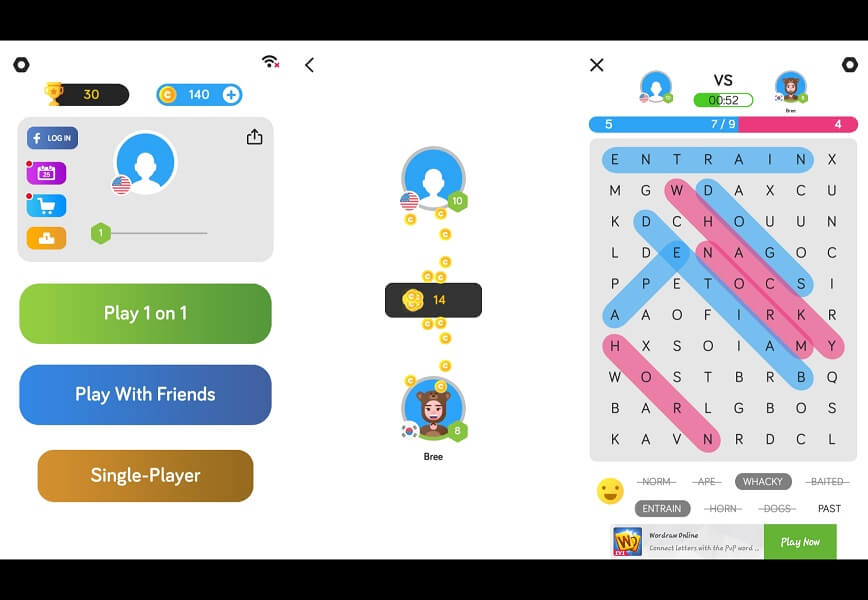 There are many types of multiplayer games to play with your friends on Android, one of which is Word Search Online. As the name suggests it is a word search game where you have to find words by connecting letters hidden in a word grid of different sizes.

You can play this game online with friends and other players and compete with each other. It has many levels and categories to play from. Defeat your opponents and lead towards the top. 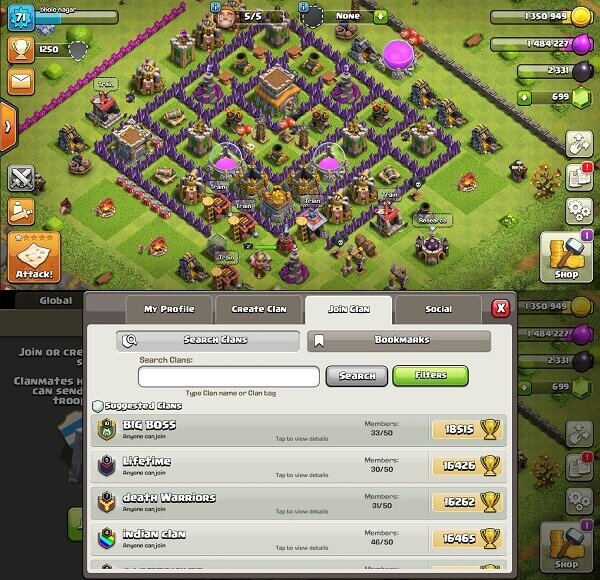 Clash of Clans is a strategical game where you have to gather your resources, build your clan and defend it from attacks by other players. With various troops, soldiers, weapons and powers it allows you to build the powerful clan. You can upgrade your resources, troops, clan and reach to the top level by defeating all your enemies.

In this game, you can join different groups or clans and fight a battle with each other. You can connect through Facebook and create clans with your Facebook friends and challenge other clans and groups. 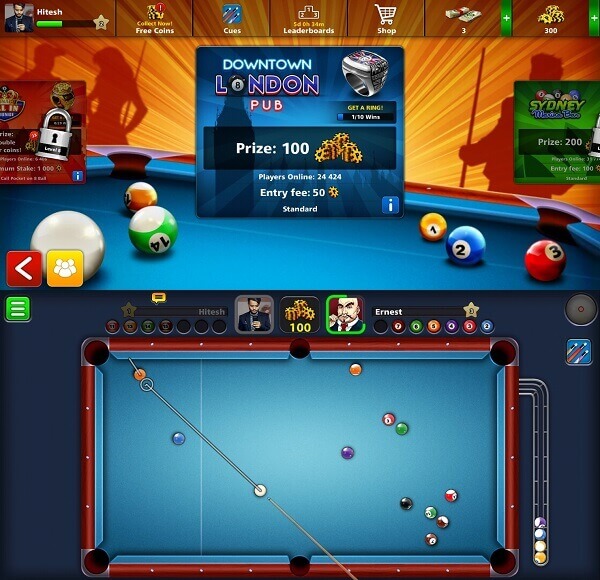 Simple and really fun to play 8 Ball Pool is a nice and sometimes really challenging game. In this, you have to beat your opponent by potting all the desired balls before they do. Winner will get the coins of other players and you can also play for higher amounts.

You can connect through Facebook and invite your friends to play friendly matches. The matches can also be played with random players. It also has an online Tournament where you can challenge players around the globe to battle for the top position. Buy cues and increase your level to hit more perfect shots. 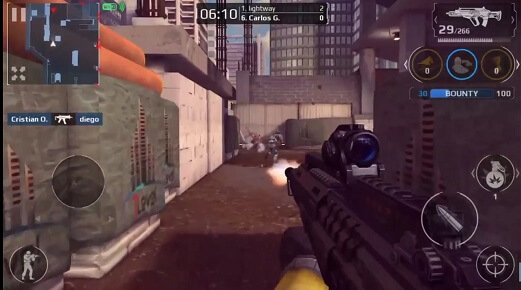 While talking about multiplayer games, the first thing that comes to most of the people’s mind is shooter games. Earlier PC games like IGI and Counter-Strike had multiplayer gaming through LAN and Wi-Fi. Modern Combat 5 is a first-person shooter multiplayer game to play with friends on Android. Your aim in the game is to kill your enemy and clear all the levels.

You can watch any online going match in the game or play one yourself. Create your squad online and lead them to clear all the missions and earn credits. This game has loads of weapons to unlock and use from. Modern Combat 5 has some of the great graphics like few other games in the list. 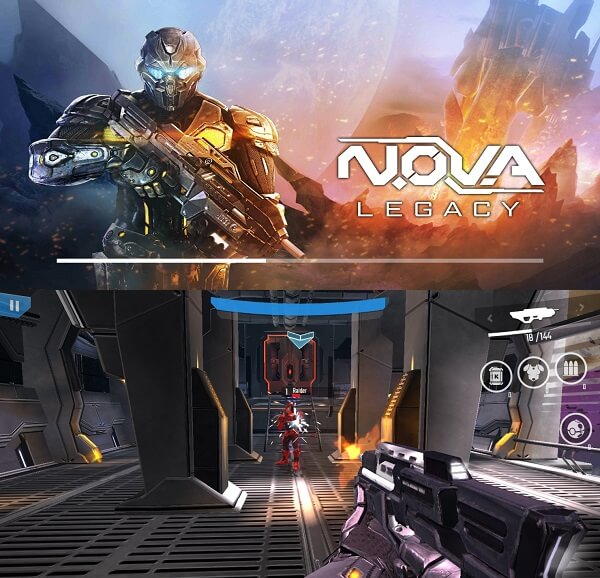 Shooting games are more famous among the players as it provides great 3D graphics and gameplay compared to other games. N.O.V.A Legacy is yet another game that will give you great multiplayer experience. The best part about it is that it has a very small size and yet is a good game to play.

Fight alongside your friends in a sci-fi themed shooter game and stop the alien invasion from succeeding in your planet. You will get the coolest weapons, skills, and suits to use in the game. It allows you to join an online match or create one to play with your friends. You can also play online with 8 players in the last man standing match. 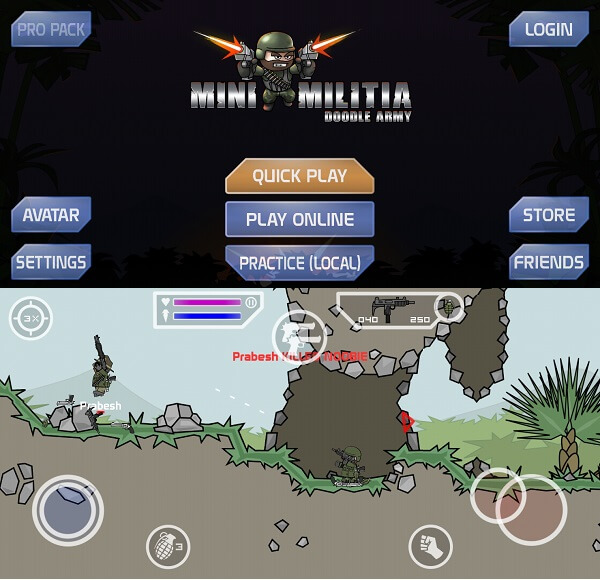 Mini Militia is a fun and enjoyable shooting game that you can play in various maps and locations. It does not have great graphics like the above two shooting games, but it does not mean it is not a good game. In this game, the player with the highest kill, wins. You have to kill your opponents before they exceed your score in the given time of the match.

You can play this game online with your friends and other players globally. This game can add up to 10 players in one match. Apart from this you can also connect your friends and play this multiplayer game for Android via Wi-Fi or hotspot connections. 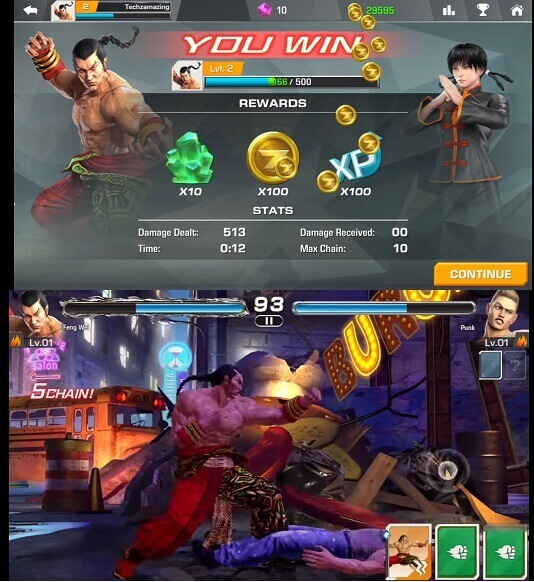 Tekken is the most famous fighting game and now it can be played on your smartphone devices. You can play with a legendary fighter, Kazuya Mishima, as he fights the greatest and hardest fight of his life. The game has signature moves and powerups for most of the players that can be used while fighting in the game. 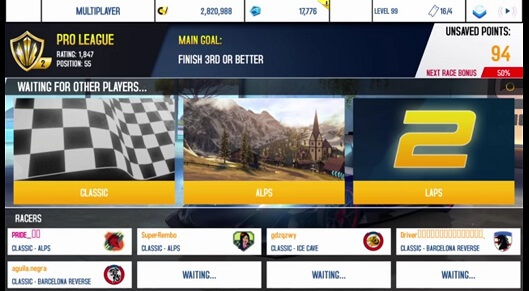 Asphalt is one of the successful racing game in the Android platforms and it offers really great graphics, controls and superb cars for playing. The aim of the game is to defeat your opponents and cross the finish line first. You can buy new cars and upgrade them to increase your vehicle’s performance.

There are many online and offline multiplayer games for Android and this is one of them. It can be played through local Wi-Fi or hotspot and up to 8 players can join one race. You can also play online and race different cars, bikes to earn credits. Challenge your friends and show who is the boss of the track. 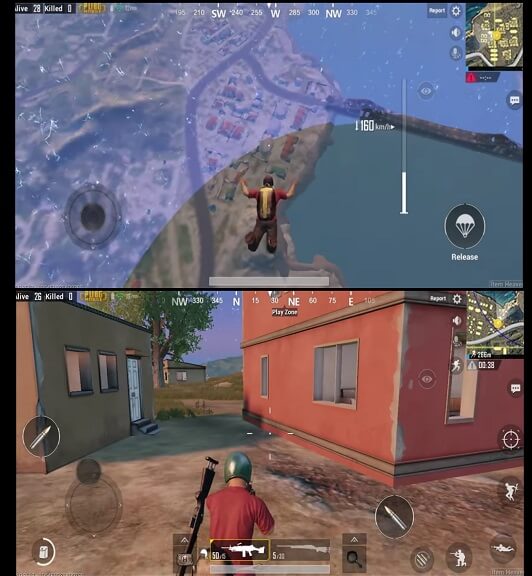 Last but not the least, comes PUBG, one of the best battle royale games and most played online multiplayer game of 2018 after one year of its release for Android. This game provides high-quality graphics, great gaming experience and loads of entertainment. As it is the most talked about the game everyone knows, but still, we’ll have a little glance about the game.

In the game, players land in different locations and search the area for weapons, equipment, powerups to kill other players before they do the same. The safe zone of the game decreases with time and the players have to strategize and fight with the opponent to see who survives until the end. You can gather your friends and make your team fight against another team. In the game, last player or team standing wins the round with different rewards for players as per their kills. There is a new map launched for this game recently, enjoy playing it with your friends.

We have provided online multiplayer games of different kinds, whether it’s an old paper-pencil, mind-exercising, shooting or fighting games. There are different games for all the gaming fans who like to try out multiple genres of gaming. The best part about these games is they can be played anywhere, just with an internet connection. You can play it from your desired place and don’t need to be with that person you are playing with.