What comes to our minds on reading these two words? Oh come on, you got to be kidding if it is not WhatsApp that crossed your mind.

WhatsApp has been a widely used mobile messaging app since it was launched back in 2009.

After our regular updates regarding “How to” guides for different WhatsApp features, today we will be sharing some fascinating WhatsApp facts.

Few of them you might know already, but we are sure some of them will completely amaze you as they did the same for us. But before that let’s see how it made its place among the users.

Why WhatsApp Got Popularity? 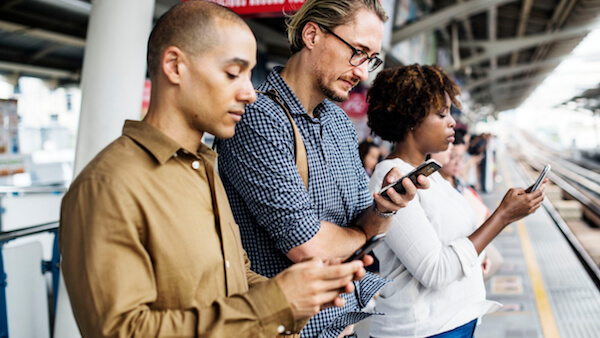 WhatsApp is a simple messaging app, and most of its features are still the same till date. The only thing that added are the features like Voice calls, video calling, etc. That also after it was taken over by Facebook. But still, it does what it was meant to do, connect with people.

The method of registering is also simple, just sign up using your mobile number at then it will show all the contacts using WhatsApp with whom you can connect with. And all it required was an internet connection, whether its 2G, 3G, Wi-Fi, etc. which was another reason why the user liked this app.

Moreover, it has the ability to send photos and even voice messages without any extra cost, unlike MMS. Not to forget, it was and is available for all the platforms be it Symbian, Android, iOS or even Windows. Which initially was a great thing, as back in the day there were not many apps with the simplicity and features of WhatsApp. This helped them gain a huge user base over a period of time.

Also Read: How To Mark WhatsApp Message As Unread

Now let’s have a look at the facts.

2. Mobile Messaging App co-founder Jan Koum moved to the US from Ukraine at the age of 16. At one time his family survived on food stamps.

3. WhatsApp is valued more than the GDP of countries like Jamaica, Iceland, and North Korea.
4. This messaging platform has 1.5 billion monthly users.

6. WhatsApp only had 55 employees and most of them must be millionaires and the two founders Brian Acton and Jan Koum must be billionaires. (Though it was sold to Facebook later) After that, the number has risen to 120.

7. Both the founders i.e Brian Acton and Jan Koum use to work for Yahoo! before they started WhatsApp.

8. Brian And Jan both have left WhatsApp now. Brian quit WhatsApp in 2017 while Jan resigned in 2018.

10. More than 70% of the monthly users use WhatsApp on a daily basis.

11. One of the most shocking WhatsApp facts is that the company was worth more than NASA’s entire Annual budget of around 17 billion dollars a few years ago.

12. WhatsApp co-founder Brian Acton got denied by Twitter and Facebook for a job back in 2009, soon after which he started WhatsApp and rest is history.

13. In 2015, WhatsApp crossed 1 billion downloads for the Android version and at that time they had a team of just 5 members for the same.

14. Even after being such a big company, WhatsApp never sold advertisements. And till now zero ads have appeared on the app. As it was built to provide pure messaging experience.

15. When Jan Koum was working with WhatsApp he had a note on his desk written by Brian Acton i.e No Ads! No Games! No Gimmicks! It helps in focusing on the real motto of WhatsApp.

17. In spite of being such a popular platform, this messaging app is banned in more than 6 countries including China and North Korea.

18. Initially, WhatsApp was free to use just for a year after registration, then it would cost $ 0.99 for unlimited usage. But after Facebook acquired it in 2014 it became totally free.

19. Did you know that WhatsApp can also compress images? Many of you might already know this. As it sends images and videos, it compresses them to save the users both space and data. That said, you can still send pictures without losing quality on WhatsApp.

20. WhatsApp doesn’t stores users data. Their server only keeps the messages that are undelivered, once the message is sent to a user it is erased from the server.

So these were some WhatsApp facts which might not be known to you. Personally, I liked these mobile messaging app facts as it gives every one of us so much to learn from. And yes what an impeccable response from founders of WhatsApp signified by facts 1,3 and 11. Which one was your favorite? And do you know something else than what’s on this list? Share with all of us in the comments below.