Having a hard time figuring out the song playing in a cafe? Well, Shazam is here to help. Shazam is a service that identifies a song played near you. Now, you don’t have to download an additional app just to recognize the songs as you can do that with the help of Snapchat. If you use Snapchat for it’s amazing filters and editing options then here’s one more reason to love it even more. Shazam is integrated with Snapchat and it is possible to find songs within Snapchat. Follow this tutorial to know how to Shazam a song on Snapchat for Android and iPhone.

It is also possible to send Shazam snap to someone in a chat after it identifies the song. You don’t need an account on Shazam to use this feature in Snapchat. So, let’s dive right in.

Shazam a Song On Snapchat

The method is same for both Android and iOS app. In this article, we have used screenshots from iPhone. 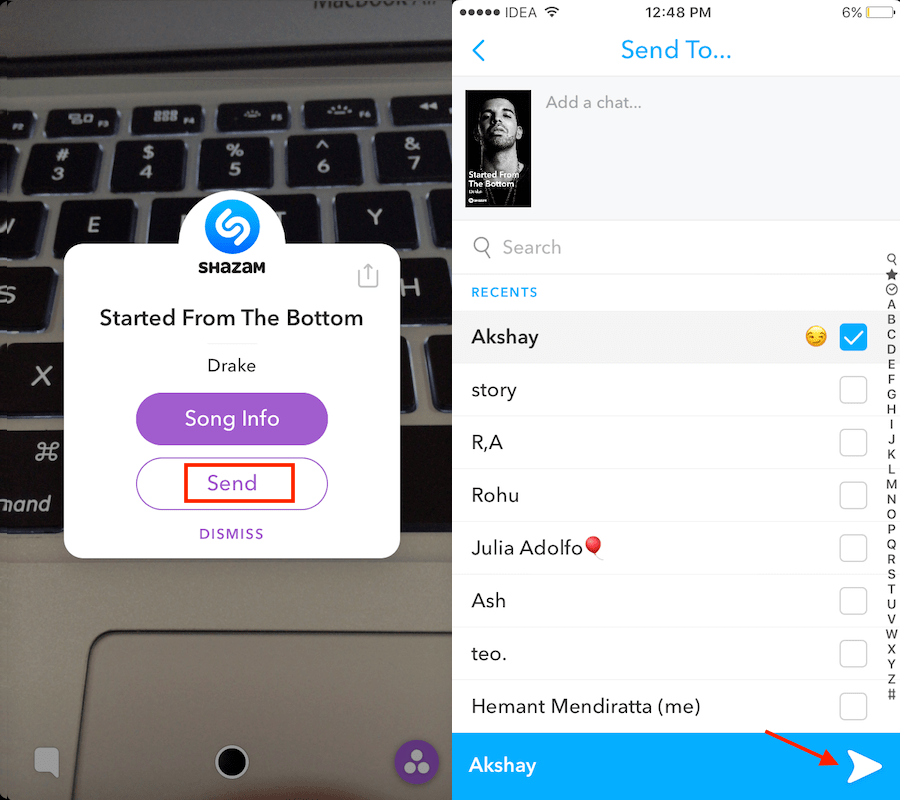 iOS users can even use Siri to identify songs. Siri also uses Shazam to achieve that.

Edit Shazam on Snapchat Before Sending 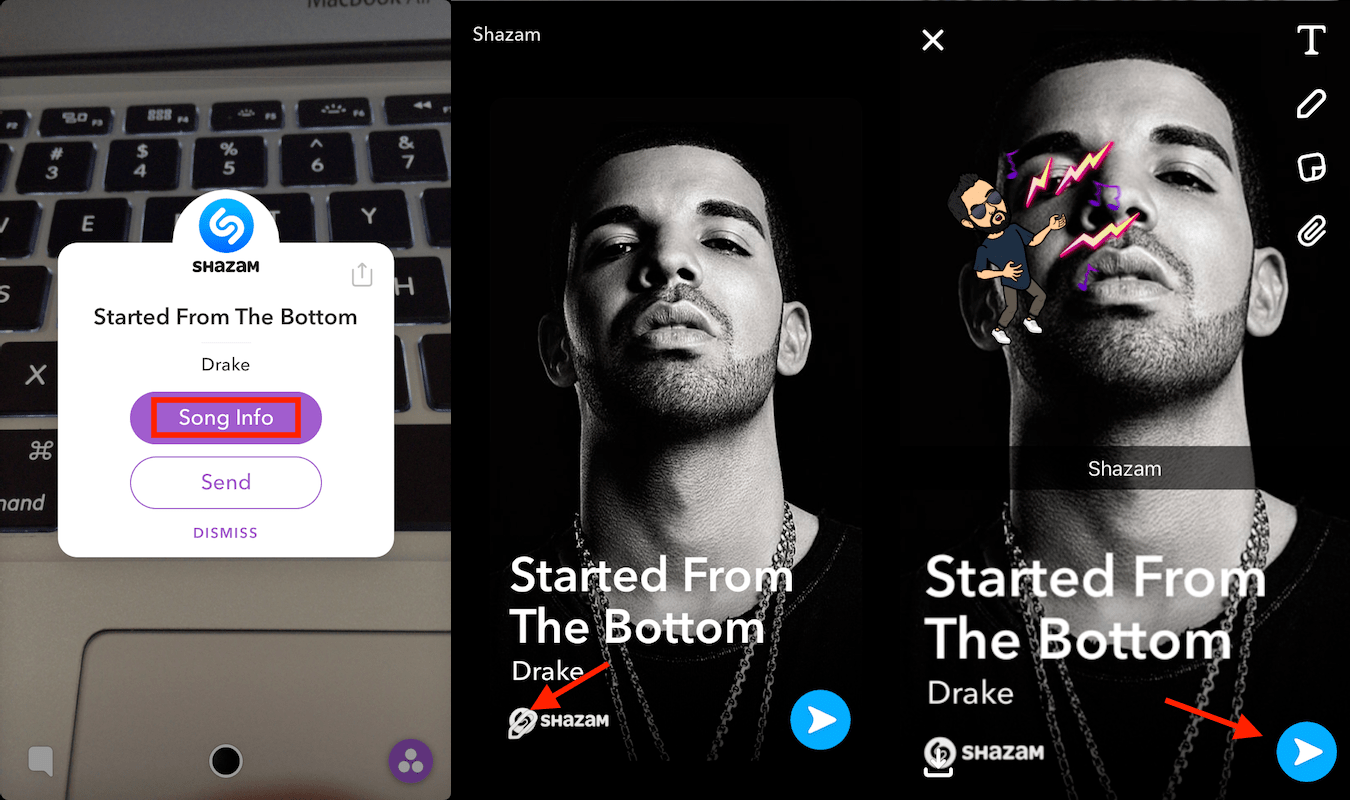 Also Read: How to Save Your Snaps to Camera Roll or Gallery Instead of Memories on Snapchat

Snapchat also allows you to view your Shazam history. Here’s how. 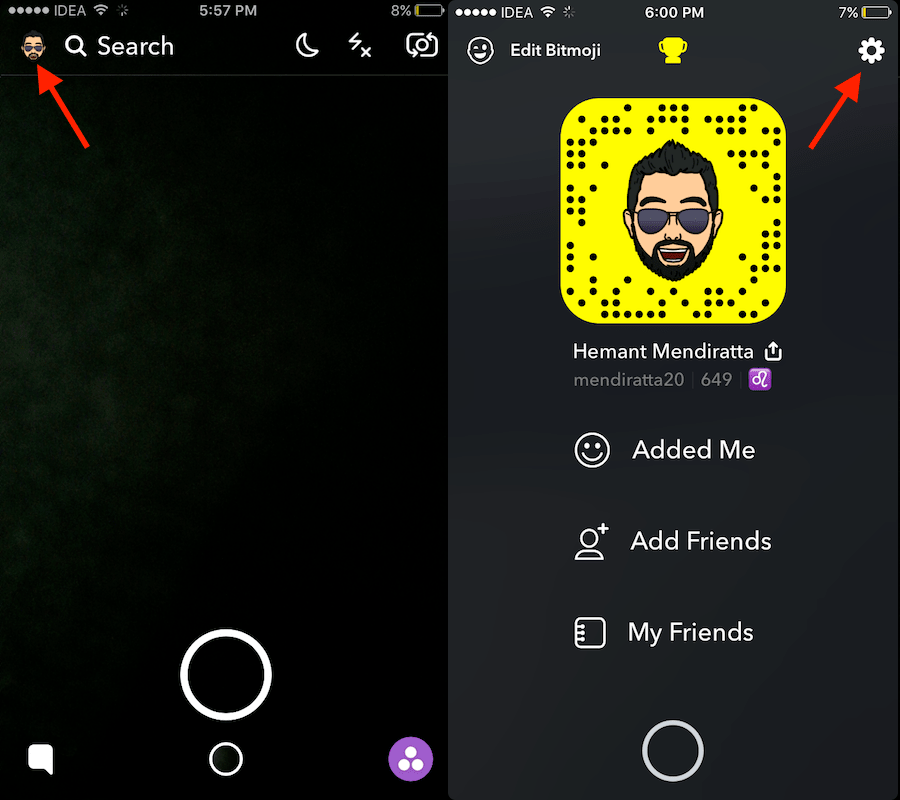 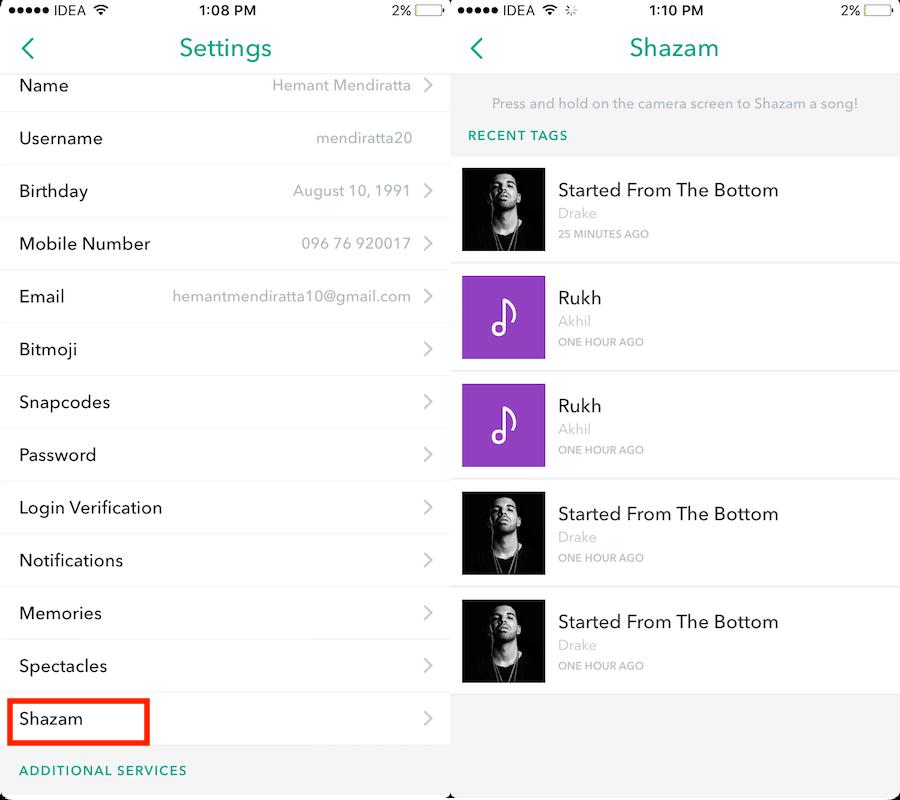 The only limitation, for now, is that it is not possible to post Shazam as a Story.

We hope that you were able to use Shazam on Snapchat. Did you find it useful? Share your thoughts in comments below.

How To Make And Send Looping Videos On Snapchat