Facebook does contain cool information and posts but it is not free of spam. How often do you come across false news or stories in your news feed? Too often? Well, did you know apart from ignoring it and scrolling down to read other stories in your feed you can flag it as fake? Flagging such posts will not only keep uploader of fake news away but also protect others from getting the incorrect information. In this tutorial, you will find the steps to report fake news on Facebook from the website or Android/iOS app.

Look at the headings more carefully – If the heading of news is way over the top or if it’s too catchy, then there’s definitely something fishy about it. To confirm, observe the claims made in the headings if they are too shocking or unbelievable then most probably it’s fake news.

Look for unusual Formatting – People who spread fake news are least bothered about the format, spellings, and grammatical errors. Therefore you will see that these fake news have a lot of such errors in their post. Read it more carefully and if you find such mistakes more than often, then its right time to flag it as fake.

The procedure remains the same for the app as well as the website. Here, we have used screenshots from the website. 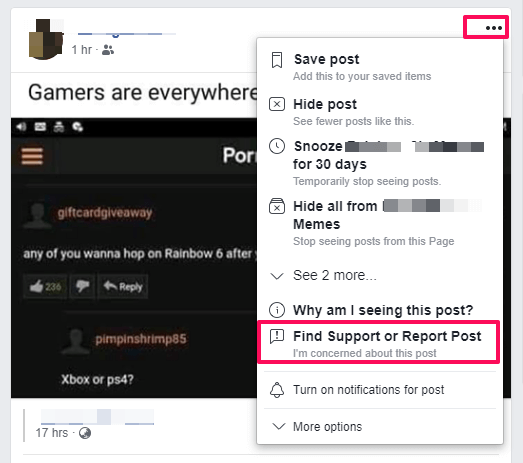 3. Once you do that, select a problem to continue and then click on Send. 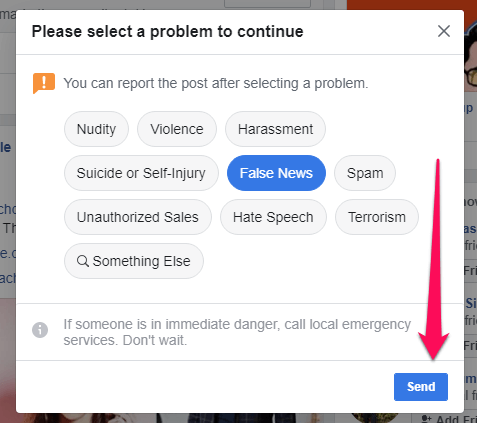 4. A new window will appear with a list of options to Block, Unfollow or Unlike the uploader. You can take the desired action or click on Done to complete the process. 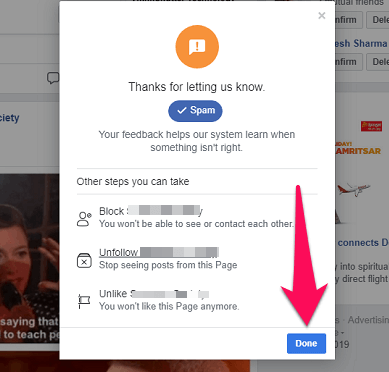 Important Tip:  If you want to report a post from a group, then you get two options to do that. You can either report it to the Admin of that group or Facebook. 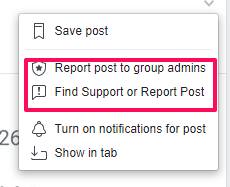 With this, you have reported Facebook for the inappropriate news. If you wish you can block, unlike(if it’s a page), hide all posts from that account while still following or message the account who published that post.

Fake news is a trap we all fall on a daily basis on social media platforms like Facebook, WhatsApp, and Twitter. It’s not that fake news didn’t exist before the rise of Social media, but the social networking sites are working as fuel in the fire. Earlier if a hundred people were prone to misinformation, in the age of social media that number has reached millions.

Facebook has taken it seriously and they have already taken some major steps to combat misinformation on its platform. The first big step Facebook has taken is that they are going to cease the financial incentives of fakers. The most obvious reason behind spreading fake news is earning monetary benefits from Ads but after this fakers won’t earn a penny( not from Facebook at least).

The other good thing is that Facebook is going to take the help of artificial intelligence and machine learning programs to detect fake stories.  Also, if enough users report a post as spam or fake then Facebook will send it to Fact-checking organizations to review its authenticity. This will overall reduce the misinformation from Facebook.

Also on TechUntold: How To Turn Off Facebook In-app Browser

Now you know how to detect fake news and report it on Facebook, but please note that reporting post with correct information is not going to work. Facebook uses other signals like shares and more to detect hoax news stories. Also, they are working with fact-checking organization FactCheck.org to address this issue in a much better way. If you found the information useful then don’t forget to share to help others in flagging fake posts.