To record a video while playing music in the background, use Instagram or Snapchat. First, start playing the music. Then, open the app and record the video from it. Once done, save the video. The method works both on Android & iOS.

If you have ever wished to play songs on your smartphone and record video at the same time then this tutorial is for you. Whenever I am on a road trip, I get the urge to play some cool soundtrack and capture the beautiful landscape to have a breathtaking video.

But as we all know as soon as we press that record button on the camera app in our smartphone’s the music stops automatically. But worry no more, as I will share ways to get around it and record video while playing music on iPhone and Android.

If you are an Instagram or a Snapchat user then this is going to be really easy and quick for you. Well, you might also kick yourself for not knowing this till now.

In case you do not have these apps, download and install any one of the two from the respective app store, either Apple Store or Play Store.

First, start playing the desired song from your phone’s music app you want to have in your video.

Now, open the camera app that you want to record the video with. Music playing in the background will be recorded as a soundtrack in your video.

If you are using Snapchat, here are the steps:

If you are using Instagram, here are your steps:

Where To Find Your Recorded Video With Music

In both the cases, the video with the Music you played will be stored in your phone’s Gallery or Camera roll.

After this, you can always share it on your favorite social media platform.

How do you add background music to a video?

To add background music to a video, use Instagram or Snapchat. Start the music and record the video from either of these apps. This works on Android & iPhone.

Is there an app that you can add music to a video?

An app that you can add music to a video exists and it’s called Instagram. Simply start the music on your phone, open Instagram, and record a video from it. Your video will have background music.

Yes, my friend, it is that simple.

Snapchat and Instagram don’t stop the music played on your phone while recording the video. You can leverage this feature to record videos and play songs at the same time on your smartphone. Just make sure that the music is playing while you are recording video.

We hope you like this simple and easy trick. Do share it with your friends to help them out as well.

Which method do you use to record video while playing music? 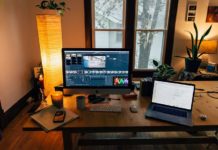 How To View Full Size Instagram Photos And Profile Picture 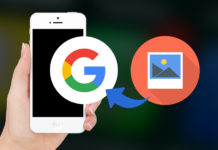