What does Facebook User mean? You probably saw this term while scrolling through your old conversations. Actually, Facebook User is simply a stand-in term that Facebook uses to label conversations with users who have deactivated or deleted accounts.

So you’re looking at your Facebook Messenger, scrolling through your conversations. Suddenly, you see something curious: a blank chat box without a profile picture on it.

Weirdly enough, the mysterious profile doesn’t even have a name. Only the words ‘Facebook User’ is written where the name is supposed to go.

What exactly is happening here? Why is there no name and profile picture? What does ‘Facebook User’ mean and should you be wary when you see this?

If you see a profile with no picture that is just called Facebook User, it simply means that the owner of this profile has an account that is not live at the moment.

This account can’t be viewed because the owners are not on Facebook anymore, whether temporarily or permanently.

Here’s a detailed explanation of the two reasons why Facebook User appears instead of the name.

If an account is deactivated, the profile will no longer be visible, but all the data and information will still be stored in case the account reactivated again. Other users will not be able to search for the profile though, nor look at the user’s timeline or any of the uploaded media.

However, messages that have been sent to the user’s contacts are still saved to the latter’s devices. In fact, a chat conversation can still be viewed, except the name of the deactivated user will be replaced with ‘Facebook User.’ They will also have no picture, other than Facebook’s stock profile photo.

Attached Facebook apps will no longer be usable, such as Facebook Messenger, and other accounts that have been registered using the Facebook account will be taken down, too. Videos and photos uploaded, posts created or shared, and basically everything on the account will be permanently removed.

As with deactivated users, messages that deleted accounts sent out to their contacts are still stored in the latter’s devices. This means that even if a user deletes their account, you’ll still be able to access your conversation with that user, albeit under the name ‘Facebook User.’

Have I Been Blocked By The Facebook User’s Profile?

The short answer is no, you probably haven’t been blocked. Again, the easiest explanation is that the user simply deactivated or deleted their account.

However, there are a few ways this could look similar to being blocked, such as the user not appearing on your Friends list, not being able to find them in the search bar, and not being able to send messages to them.

There are a lot of other things you can check to see if you’ve been blocked by a user. Here are some examples:

If you believe that a friend has blocked you on Facebook, simply ask a mutual friend to check their profile with their account. If they haven’t been blocked, then they’ll still see the profile. This usually proves quite successful, unless they’ve also been blocked, as well.

Next time you’re wondering what does Facebook User mean, don’t worry. It’s just a name that Facebook gives to the remnants of accounts that aren’t currently active.

The person hasn’t blocked you nor is it some malicious virus – they simply deactivated or deleted their account out of their own free will.

Did you like this article? If you have any questions, don’t hesitate to ask in the comments below! 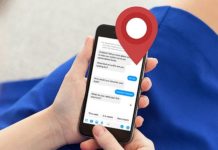