The broadcast is the most important feature that distinguishes WhatsApp from the rest of the cross-platform instant messenger apps. If we create a group to forward a message to a lot of audiences it creates a lot of buzzes within, due to which in some cases, people miss out certain information in the group message. Thus the best measure is the broadcast. You can forward a single message to a lot of people in personal chats at once. If you’re a teacher or head of a team, this is the most ideal feature that can help you to connect with your subordinates. Send a text or multimedia message to a large number of people with total encryption. So, let’s see how to create and use a broadcast list on WhatsApp.

As mentioned above to send a message or a multimedia content to multiple contacts, the app has provided with a feature, which is commonly known as Broadcast. You can utilize this feature to forward a single message to a wide number of people by adding them as recipients in your list. Follow the below steps to broadcast message on WhatsApp from Android and iPhone.

1. Open WhatsApp and in the chat screen at the top left, you will find Broadcast Lists option, tap on it. 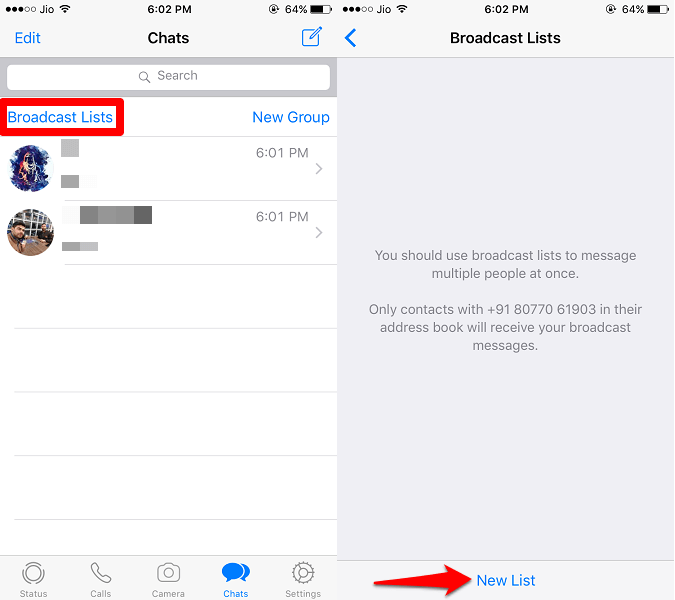 2. Select “New list” to create a broadcast list. Tap the name of the recipients to add them. You use the search bar at the top to quickly find the desired contacts.

3. After adding the recipients to the broadcast list, tap on Create option. 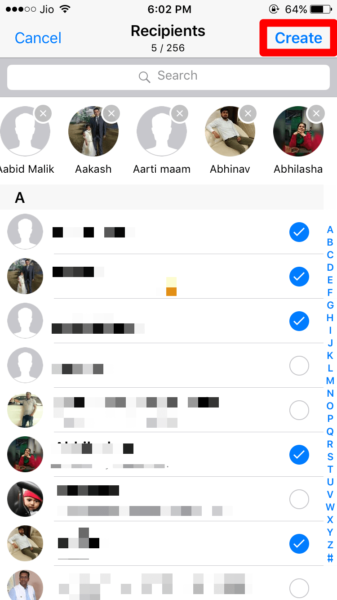 1. Navigate to the chat screen and tap on the 3 dots and select  “New Broadcast” option in the list. 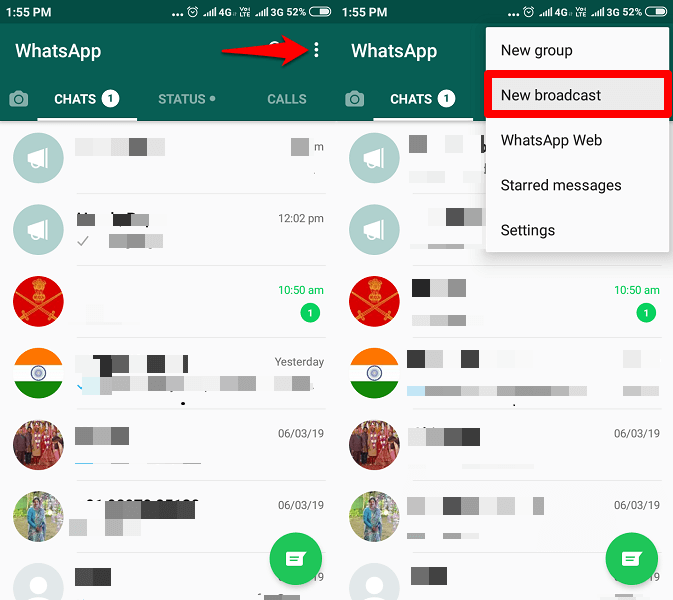 2. Now select your recipients from the contacts and tap on the tick button below to save the list. 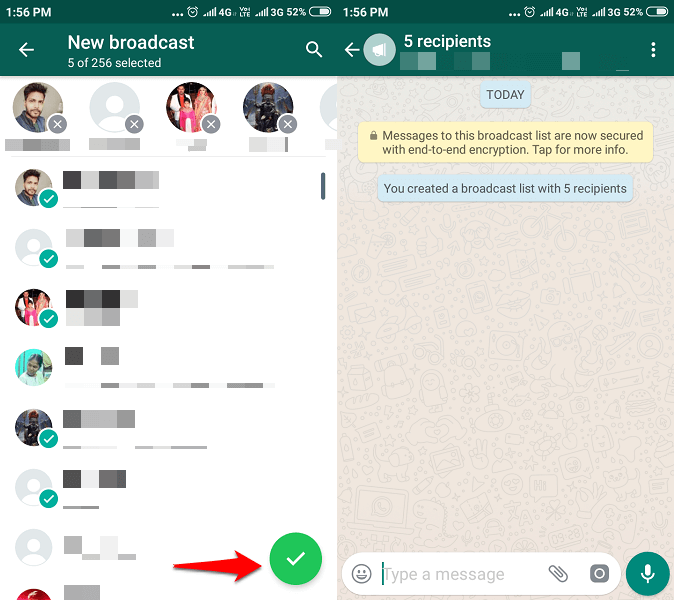 Recommended: How To Create And Send Custom WhatsApp Stickers With Your Own Photos

1. Open WhatsApp, and tap on an existing broadcast list.

2. Inside the list chat, tap on its default name at the top. 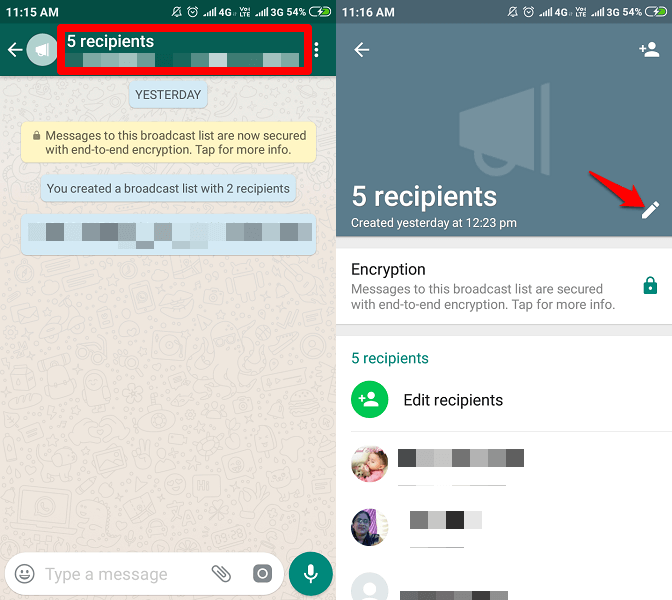 3. To change the name of the list, tap the pencil icon to write a new name for the list. 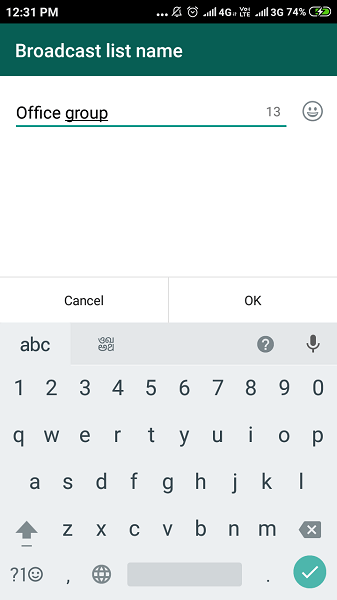 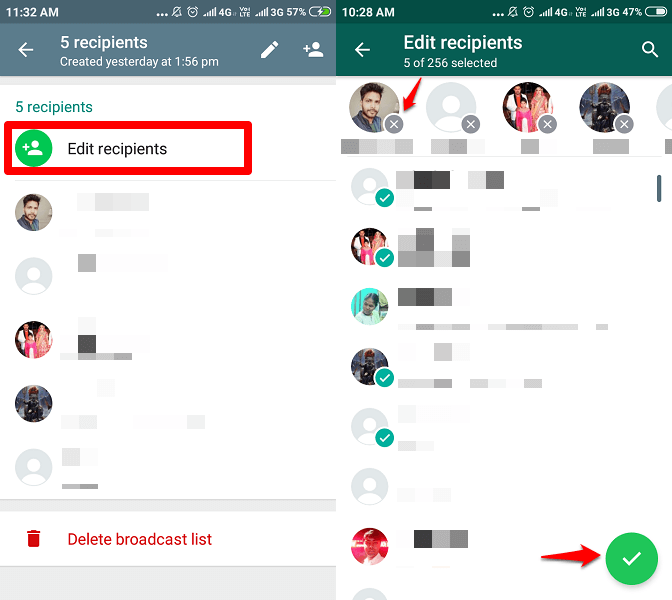 5. For deleting recipients from the list, just tap on the X icon on the desired person’s profile available at the top. Tap the tick button to save your changes. 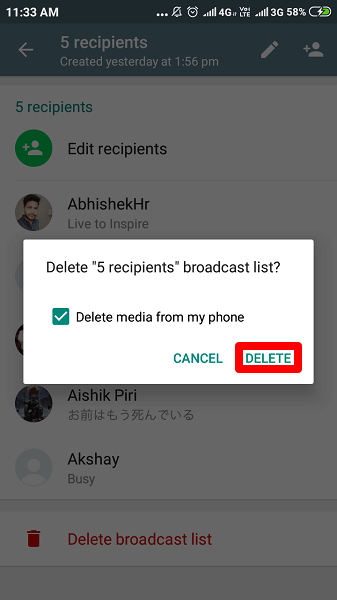 1. Select Broadcast Lists option at the top left of your chat screen to open the lists.

2. Tap on the (i) icon beside a list, it will allow you to set a list name and you can also view your recipients in it. 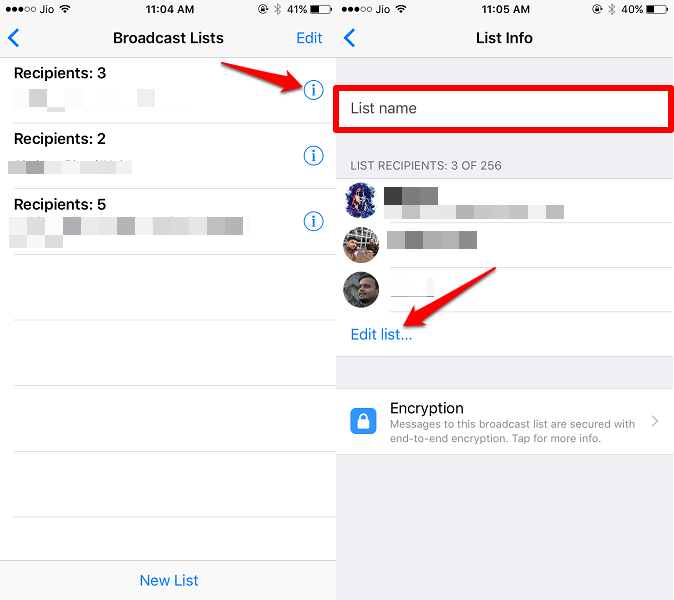 3. To add/delete recipients tap on the Edit list below the list of recipients. Add others from the contacts or tap x in the existing users present above to delete them, press Done to save the updates. 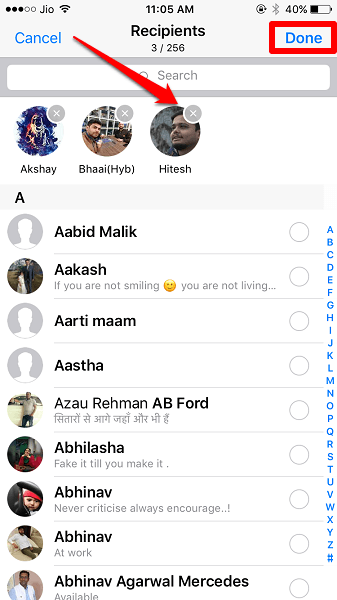 4. To delete the whole list tap on Edit in the Broadcast Lists, and then select the (-) icon in front of the lists to delete them permanently. 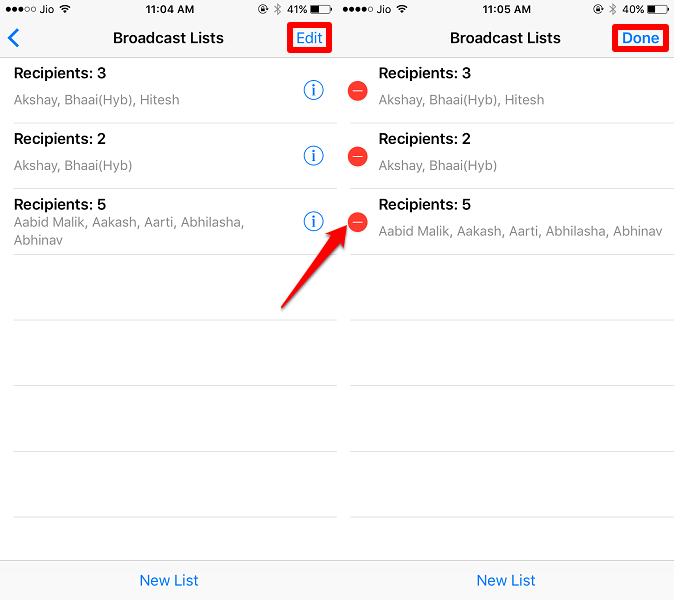 Difference Between WhatsApp Group And Broadcast

The groups and Broadcast are both impressive measures to reach down to a large group of folks. A group can be considered when you connect to a large number of participants, who individually can access the information of other participants as well. This can be considered when you want to have a chat with a large community and the other people can also interact with you and each other.

On the other hand, the broadcast facility is a private process. This allows the user to forward a message to a large community while each participant is unknown to the identity of the others. Organizations are the best example who can utilize this feature to full extent.

If you are using the broadcasting feature most often, WhatsApp lets you add a shortcut of a list to your home screen as well. You can do so by opening the list and then tap on 3 dots > More > Add shortcut. 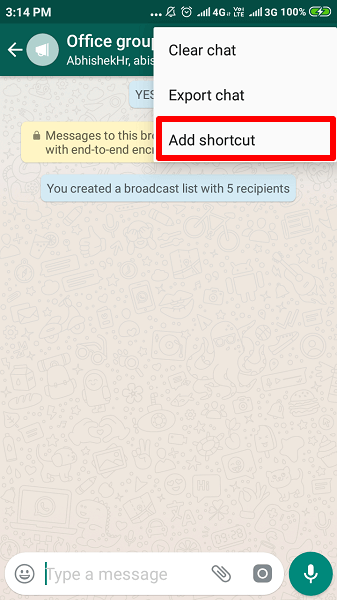 For quick access, you can also pin the list to the top of the chat screen by holding down on the list and then selecting the pin chat option at the top. 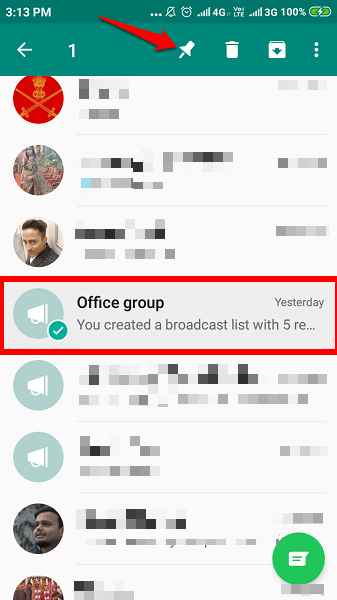 Whenever you broadcast a message to a large number of participants there are sometimes issues with the deliveries to a certain person. This is not a big concern, WhatsApp does not allow forwarding a thread to a receiver’s end who does not have the sender’s phone number saved. Thus verifying that the person has your number saved in the phone will resolve the issue.

In the broadcast list, there can be up to 256 participants.

People frequently ask whether if they could un-send a message that they accidentally forwarded in a broadcast. In that case, the answer is no. Another information for people who generally work on PCs and often use WhatsApp Web, then you should know that you cannot create a new broadcast list in it. You can only use it to forward messages to the old broadcast that are already available.

Recommended: How To Make Group Voice & Video Calls In WhatsApp

The best reason to use Broadcast rather than group chat is that the individual recipient won’t know if there are others like them who received the same message. Therefore there will be no group discussions. Please let us know about your experience in the comment section.