You might have noticed when you turn on the WiFi on your device either connected to a WI-Fi hotspot or a router; the mobile data turns off.

You are not able to use both at the same time. And when your mobile data internet and WiFi both are not giving good speed, then you always look for something that can combine both WiFi and mobile data for faster internet speed.

In this article, we are going to tell you how to use WiFi and mobile data both at the same time on Android without root.

Combine & Use WiFi And Mobile Data Together On Android

In this method, we will be using an Android app that does not require you to root your Android device.

This app is developed for the device having a poor internet connection, which lets you merge & use WiFi and mobile data simultaneously hence resulting in an improved speed. Follow the below steps to boost internet speed on your Android device.

2. Turn on the mobile data on your device as well as the WiFi connection, as both the connections will be used to increase the internet speed.

3. Launch the Speedify app on your Android device now.

4. After that, Speedify app ensures you that it will encrypt your web traffic as well as collect the least information to give you the best services. Tap on Agree and Continue. 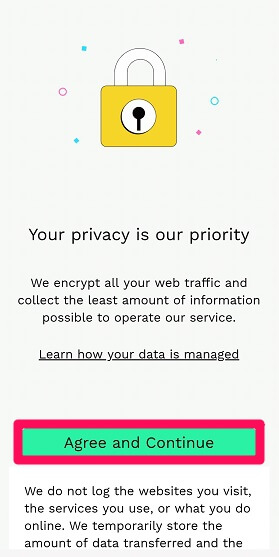 5. Speedify app will first detect your location and then find the closest server that gives the best speed. Just give the permissions (optional) and then, tap on Continue. 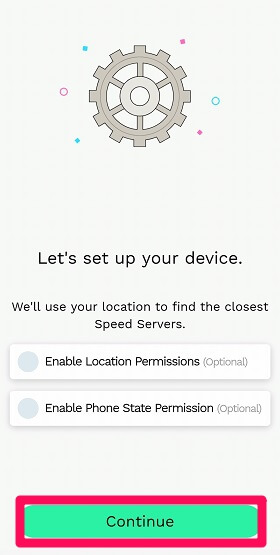 6. Now tap on OK and Speedify will set up a VPN connection for your device. 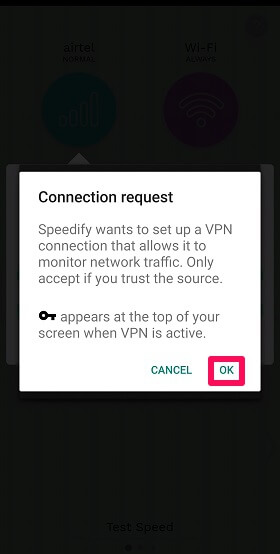 7. To prevent excessive use of your mobile data, Speedify will suggest and ask for your permission to limit the use of mobile data. You can tap on Yes or No according to your choice. You can also change the settings whenever you wish to.

8. Once it gets connected to both Wi-Fi and mobile data, it will enable the mobile data and WiFi icons as shown in the screenshot. Now you can close the app.

9. The Key icon at the top of the screen ensures that the Speedify is currently running on your device.

Once you have a stable internet connection on your phone, you can even share it with your PC or laptop.

The Speedify app provides 5GB of total data usage for a month to its free users. You can opt for the unlimited data usage pack anytime. For that, you just need to go to the paid version of Speedify.

The paid version is quite affordable if you face the internet speed problem frequently. You can opt for the Monthly or yearly subscription pack. But the yearly pack is recommended as it saves quite a lot of money. Other than that, with a paid version of Speedify, you can connect up to 5 devices easily.

To check whether the Speedify app is worth paying or not, you can also go for the 7 days free trial.

Recommended: How To Block Specific Apps From Accessing Internet On Android

That’s it. Now with the help of Speedify, you can use both WiFi and mobile data at the same time on your Android phone without root.

The Speedify app not only combines WiFi and mobile data together at the same time but also lets you keep track of the speed you are getting on your Android device and also how much internet data you have consumed.