Most parental control and spying apps have the same basic features. At the bare minimum, they can access location, view call logs and browser history, and block apps on the target device.

That said, not all apps are created equal. In fact, out of all the tracking apps available today, Spyzie and mSpy are two of the most popular – due to their reputation, pricing, and features.

But in the battle of the best spying and tracking app on the market today, which one is the winner?

While mSpy seems to be the clear choice in terms of features, pricing, and customer satisfaction, Spyzie is also great in its own way.

That’s why, in today’s detailed Spyzie vs mSpy comparison, we’ll tell you everything you need to know to help you decide which one you should choose!

Spyzie is an app that allows users to access and control a target device remotely. It was created by a company named SuperSoft Limited, a company established in 2007 that specializes in various software.

Despite the app’s simple and straightforward appearance, it actually comes with plenty of professional features. You can view call logs, GPS location, messages, and website history, among many other things.

Even if you’re not a very tech-savvy person, Spyzie is quite easy to install and set up. There’s no need to hack, root, or jailbreak the target device before you can install the app.

In fact, you can install the app on almost any device running iOS or Android, as long as the OS version is supported. It doesn’t even have any demanding tech requirements, as just 512mb of RAM is enough for it to run.

For Android phones, you need to physically have the device in order to install the app, rooted or not. For iPhones though, you only need the target device owner’s iCloud ID and password in order to gain access.

You should also make sure that two-factor authentication is turned off since Spyzie isn’t able to access devices with 2FA enabled. Once you get Spyzie linked to the device, however, you can then view the data from your online control panel on the Spyzie website anytime you want.

What makes Spyzie stand out is that it also allows users to take live screenshots and set up Smart Capture. This means that users can view whatever the target user is seeing on the target device at any point in time, as long as the device is unlocked.

With Smart Capture, it can also take automatic screenshots based on a specific trigger. So far, there are no other tracking apps on the market that have this feature.

Read more about features in our comprehensive review.

When it comes to pricing, Spyzie is also pretty straightforward. In fact, there are only two plans offered, the Pro plan and the Ultimate plan. The Pro plan is priced at $49.99 for one month and $69.99 for three months.

The Ultimate plan, which comes with a few upgrades, such as real-time alerts, timeline, and data export, is priced at $59.99 for one month and $79.99 for three months.

Both plans can only be used on just one device at a time, so if you’re thinking of using Spyzie on different devices, you’ll need to purchase multiple plans.

Unfortunately for all interested users, Spyzie hasn’t been accepting new registrations since March or April, ever since the COVID-19 pandemic first broke out.

It’s actually unclear whether the reason for this is the pandemic or not, but for now, it seems like the only thing that can be done is to look for an alternative app.

Just like Spyzie, mSpy is also a spying application that can be used to monitor and control your chosen target device. It is actually one of the most popular tracking apps out there and is one of the top brands for spying apps.

The app was first released by a London-based company back in 2010, albeit with only a few features, like GPS tracking and access to messages and call logs. Now, 10 years later, mSpy is one of the biggest names in the spying and tracking apps industry.

As with Spyzie, there’s also no need to root or jailbreak the target device in order to install mSpy.

That said, you do get more features if you’re installing the app on a rooted or jailbroken device, so if you want to get the most out of the service, you might want to consider this. Do keep in mind that rooting or jailbreaking a device that is still under warranty will void the warranty.

Currently, its features include geofencing, website blocking, and keylogging, in addition to the ones mentioned above. Its blocking features are what really make it shine though, due to how comprehensive they are.

Most other apps like this can only block phone numbers and apps at most, but mSpy can also block websites. It can even be set up to block apps only for specific hours of the day, which is helpful for controlling your child’s app usage.

Curious to know more? Read the rest in our full review.

If you’re thinking of tracking multiple devices at once, the Family Kit package is the best way to go, at $359.97 for 6 months and $479.97 for 12 months. With this package, you can install mSpy on up to three devices at once.

Winner: Both apps are pretty easy to install, but Spyzie’s installation process for Android is a bit more complicated, so mSpy is the winner here.

You can use the GPS tracking feature on both apps to track the physical location of the target device and set up restrictions based on that.

Not only can you view the target’s current whereabouts, but you can also see all the places visited by the target device recently. You can even view details about the visit, such as date and time.

Winner: This feature on either app is very similar, so it’s a tie.

For Android users, there’s an option in both apps to allow the keylogger to track all keystrokes on the target device.

Through this tool, you’ll be able to see all login details and passwords typed on the device. Every single action that is taken on the target device will be logged and sent to the apps’ online dashboards.

Winner: It’s a tie since both apps have the exact same feature.

Social media tracking is another feature that many spying apps have, including mSpy and Spyzie. Supported platforms in both apps include Facebook, Instagram, WhatsApp, and more.

Winner: Spyzie and mSpy can both track activity on social media platforms, but Spyzie can actually take a screenshot of the screen, so it wins this round.

If there’s anything you don’t like happening on the target device, both apps give you the ability to block them. For instance, both Spyzie and mSpy can block suspicious apps and unknown callers. Both can also set time restrictions for apps if they want to control app usage on the target device.

However, mSpy is the only one who gives users the ability to block inappropriate websites, which Spyzie isn’t capable of doing, at the time of writing.

Winner: Due to the additional ability to block inappropriate websites, mSpy is the clear winner here.

Both apps also offer longer-term plans as well, although Spyzie only offers up to three months at a time, while mSpy offers up to 12 months, giving you maximum savings.

Lastly, mSpy has packages that allow users to install the app on up to three devices. Spyzie doesn’t have a similar product offering. This means that if you’re planning to track multiple devices at once, you’ll need to purchase a separate plan for each one.

Winner: A $20 difference in price is a pretty big deal in our opinion, so mSpy wins this round. Plus, mSpy is simply cheaper in the long run since it offers a 12-month plan and even has packages for multiple devices.

Standout Features Of Spyzie And mSpy

Also, as long as the target device is unlocked, Spyzie has the ability to take virtually unlimited screenshots. mSpy doesn’t have a feature that is even remotely similar to this, as of this writing.

Getting an alert about a sim card change means that somebody found the phone and may not be planning to return it. Again, mSpy doesn’t have this feature yet.

mSpy doesn’t have a feature like this, though we don’t consider this a major advantage since mSpy’s dashboard is already pretty comprehensive in our opinion.

Sadly, if the target user created their account after the iOS 10 update with 2FA already enabled, there’s no way to turn it off. This means that Spyzie will only be able to access their call logs and browser history, nothing more.

Once you unlink it, the app will be totally removed from the device, with or without the target user’s knowledge. For Spyzie, however, you’re going to need physical access to the device again if you want to uninstall the app.

If you’re looking for an app that can help you monitor your family’s device activity, both mSpy and Spyzie are decent choices.

That said, while these two products have plenty of similarities, they do stand out in their own special way.

Get Spyzie via by clicking on this button:

Did you like our Spyzie vs mSpy comparison? Let us know your thoughts in the comments below! 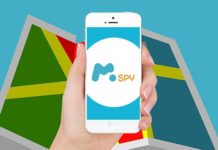 Top 10 mSpy Free And Paid Alternatives: Which One Should You Choose? 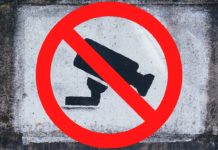 Is mSpy On Your Phone? How To Remove mSpy From Android And iPhone 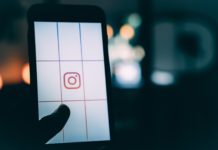 What Are The Dangers Of Instagram? How To Keep Your Kids Safe On This Social Media Platform