These days everyone prefers listening to music online because of better and cheap internet connectivity. There are a lot of apps available on every Operating system for streaming online like Saavn, Gaana, Wynk, Google Play Music, Apple Music, and more.

Apple does not let you play using until you have paid for the service whereas Google will let you play some of them on Radio stations but you will be limited to skipping 10 songs in an hour which is just so frustrating. And Wynk does not have a huge music library, so we are left with only two options; Saavn and Gaana. So follow this Saavn Vs Gaana comparison to decide which one to choose.

Both the apps are free initially and you can always listen to free music online. But there are limitations. Audio quality will not be at 320 kbps and you cannot download songs for later offline use. In Gaana, users can experience premium version free for 30 days after registering to 30 Day free trial. 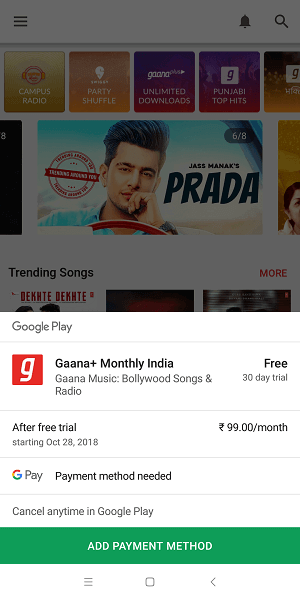 Saavn does not support free trial method. They want their customers to pay before using the app at its full potential.

I am sure that you must have been in a situation where you just want to find the name of the song playing near around you. Although there are many other apps designed for this specific purpose like Shazam. But why install a different app when you can cover this functionality in one of the existing apps on your smartphone. Gaana lets you identify any songs playing nearby. And it’s response time is pretty quick. 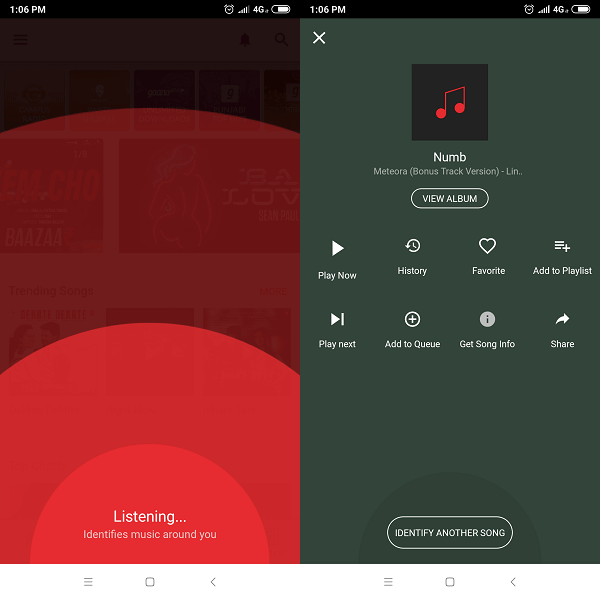 Unfortunately, no such option present in Saavn.

Gaana is available on every platform you can think of. You can use this service on Android, iOS, Web, Blackberry, and Windows.

Whereas, Saavn is only available on Android, iOS, and Web.

In Gaana, users can easily switch to night mode which will invert the colors for better visibility and display. You can even select different themes from 5 provided by the developers. 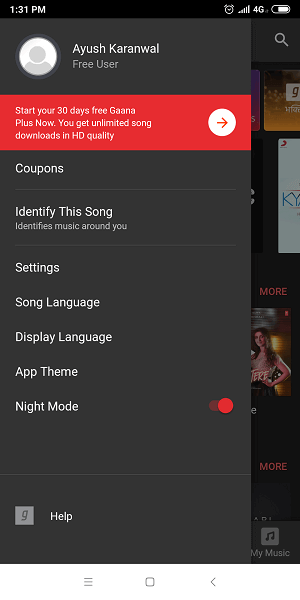 There is no such mode available in Saavn.

Tired of other users and annoying followers? Block them easily on Gaana and you can even customize your profile visibility. 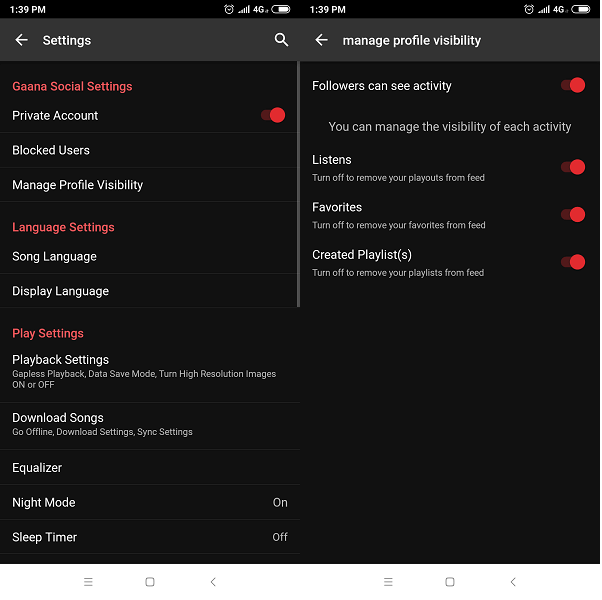 Finally, Saavn has the upper hand somewhere. Whether if it is searching for a song or browsing through playlists, Saavn is quick and smooth. 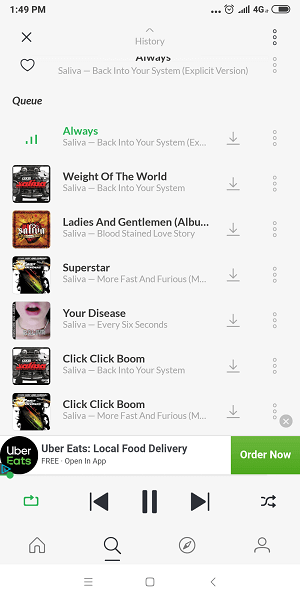 To be honest, Gaana’s interface is also not so bad. But it sometimes clutters and not so appealing like Saavn.

This might be one of the biggest turning difference for any music lover. Saavn has a bigger music library as compared to Gaana. There are more than 40 Millions songs available in Saavn whereas Gaana has over 30 Millions songs. 10 million songs can make a lot of difference.

My pick? Definitely Saavn. I know it sounds contradictory but it is not. It all depends on your priorities. For me, a bigger music collection overshadows any other feature. Just like for any other user, various Gaana features can be better than 10 M songs difference. So here it is, Saavn is the best music streaming app in India.  Which one would you prefer?