You must have come across the term Proof of Concept(POC) and Prototype used in terms of a product or project lifecycle. Both of these terms are the process in a product lifecycle that has different functions and roles. These two processes play an important part in making of a final working model from an idea of a product. Before launching a final product into the market a firm has to decide whether to create a Proof of Concept or a Prototype of a product. This is done in order to save money as well as time, and analyze early-stage bugs and shortcomings. If you can’t decide which one of the process to adopt and how these two processes are different from each other then we have this article laid out to help you in making a decision. 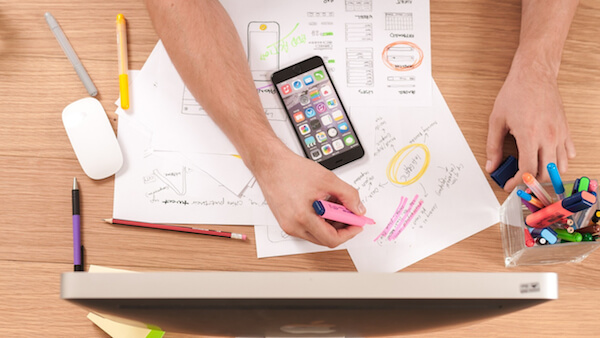 What Is Proof Of Concept?

A proof of concept is pretty much how it sounds like. It means developing a project to find out whether your concept or idea can be implemented to form a product or not. For example, if you are developing an Android app or software, POC can determine if your idea is feasible for developing that particular software. The main idea behind developing a POC is to show the practical implementation of the presented concept. This is done to identify the features of the software and its usability in real life before starting its development.

POC is a cost-cutting process because it uses minimal resources. Imagine starting to develop a product without determining if the concept or idea could actually work. You could face issues from the early production stages or worst, your idea could not work in the practical environment. Your time and resources both get wasted this way. You need to check and do market research to validate your product, whether or not there is a demand for your product among users. Once you start getting a positive response on your concept, you can convert your POC into a final product.

Developing a POC also will also help you in gaining support and funding for the product from the stakeholders and your investors. If you have a client with the demand for software or a product then you can always present them a POC as evidence of the concept to gain their interest. This method also allows the team members to come up with additional ideas that can be implemented and share internal knowledge with each other.

What Is A Prototype?

A Prototype is a working model or an attempt at making a working model that can be used practically. During making a prototype of actual product things could not turn out the way you expected. But it is part of the process of building a prototype. You will not only identify the error but also learn from the previous mistakes and improve those in your product. Since Prototype is not a finished product, it might not be as durable and efficient. However, it will have all the functionalities of the final product. A prototype acts as a sample for users and potential customers to provide their views and feedbacks. This way you can make further improvements and add functionalities to your Prototype.

Again in this case also you can present your Prototype to investors and stakeholders and get their attention to your product. In terms of software, the Prototype is not a functional program as its code is not written yet. It is way easier and costs less money to make changes in the prototype than in actual software because there is no coding involved. The good Prototype model can also help out your developers in delivering an exact match. This practice will also tell the estimated time of production so you can carry out the documentation process.

Difference Between Proof Of Concept And Prototype

Both POC and Prototype works towards the same goal but are two completely different techniques. They both revolve around determining the feasibility of the product but prototyping is one step ahead of POC. While POC focuses more viability, Prototype focuses on how a product should be built.

The implementation of POC is fast and simple while a Prototype model takes time to get the look and feel of an actual one. While creating a proof of concept, a product’s real-world usability is not taken into account. Whereas Prototype first goal is to make a working model that can be used in real-world scenarios. Proof of Concept actually helps you save money, by knowing if any implementation can actually work so you can avoid the chances of failing. But Prototype is a learn from error method, you develop a model and reduce the number of mistakes the second time around.

Checklist Before Implementing POC And Prototype

You need to answer yes to this set of questions before you are ready to carry out proof of concept to develop a Prototype.

Before launching your product to the users, you carry out one more development process called Minimal Viable Product. While Prototype acts as a draft of the final product, MVP is more refined and close to the final product. The main reason for building an MVP is to introduce the minimum viable version of the product in the market. You need to do that in order to know your product’s value and whether there is a requirement for it. And if the target audience reacts positively towards it, you can start adding necessary features and functionality to your MVP. It also helps you find out the bugs and faults you were unable to find on your own. In short, when you have built a Proof of Concept and you are sure that your idea can work then you build a Minimal Viable Product.

There is no winner here, both of them play a huge role in improving the product development cycle. When you are not sure if your idea can be formed into a product then start developing a POC. After that carry out developing multiple cycles of the Prototype until you get the desired result. Once you get to that start building MVP to get the feedback from the targeted audience. Always opt for POC when your project is small or you are looking for funding your product. Otherwise, choose to Prototype if you want to test out your plan and show it to your investors. Regardless of what you choose, its success is based on how you develop it and the effort you put into it. Let us know in the comments if this POC vs Prototype comparison helped you in any way.

A laconic and introverted person, who is trying to blend in with normal people with his writings.