WhatsApp is a well known messaging app which lets you chat with your friends and loved ones by the power of the internet. And the one amazing thing about WhatsApp is group messaging, which means you can add multiple members in a group and connect with them via text, group voice or video calls. But this group messaging sometimes turns out to be frustrating, as anyone can add you in a group whether you want to be a part of it or not. And most of the time when you become part of a WhatsApp group, you can’t leave the group because that would be rude.

Even though there is a possibility to mute a WhatsApp group but there comes a time when the constant messaging in the group becomes intolerable. And that is when you decide that you want to leave the group permanently. But the question is, how would you do that? That is why in this article, we are going to show you how you can leave a WhatsApp group permanently. So, let’s get the show started.

Recommended: How To Restrict WhatsApp Group Members From Sending Messages

There will be one of the 2 conditions under which you’ll leave a WhatsApp group:

Note: The procedure discussed in this article is almost the same for both Android and iOS smartphones. We have included the steps for Android, but you can follow the same process on the iPhone.

If you are a member or an admin of a WhatsApp group, then you can simply exit the group and delete the chat. Also, it doesn’t matter if you are an admin or not, because when you exit the group, it doesn’t affect the existence of the group for other members. The reason behind that is that when you(admin) leave the group, randomly another member from the group will be chosen as Admin. And if you want to go on and exit a WhatsApp group, then you can follow the given steps.

1. Launch WhatsApp on your Android phone.

2. Open the group chat which you want to leave.

3. Now, tap on the group name at the top of the screen to open that group’s info. 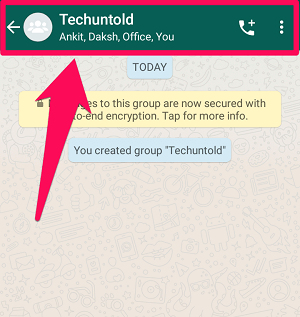 4. After getting to the group info, scroll down and tap on “Exit Group.”

Note: You can also exit the group by long-pressing on the group chat, and then you’ll have to tap on the three-dot icon > Exit Group. 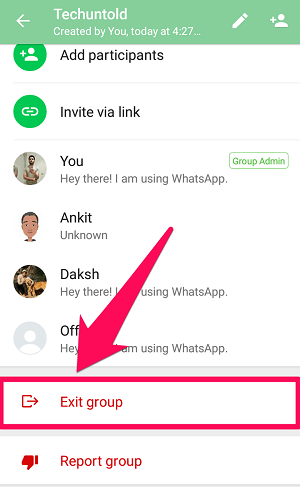 5. Now that you’ve left the group, you’ll see the option “Delete Group” in place of the “Exit Group” option. Tap on it to delete the entire group from your WhatsApp. 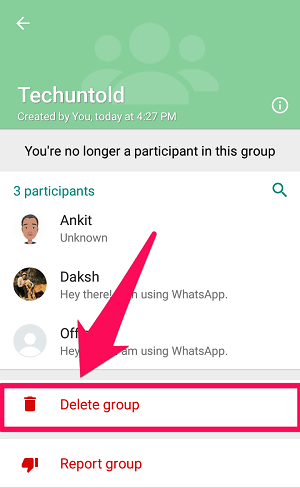 If you’re an admin of a WhatsApp group, then you can very easily leave that group by following the same steps which we’ve discussed above. But if you want to delete the group permanently for every member, then you’ll have to remove every member from that group, before following the above steps.

Remove Members From A WhatsApp Group

1. Launch WhatsApp on your smartphone.

2. Open the chat of the group which you want to delete permanently.

3. Now, tap on the name of the group to open group settings.

4. After this, scroll down to see the list of all the participants in that group. 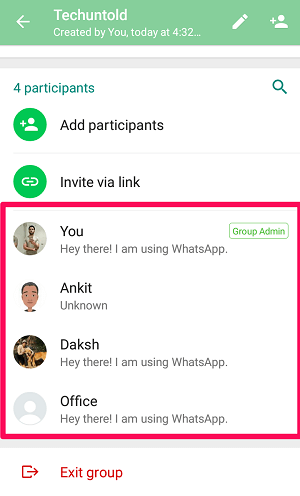 5. To remove participants, tap on their name and then select “Remove [Name]”. Repeat this to remove every member, including other admins from that group. 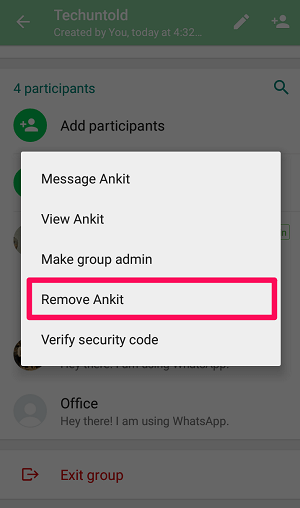 As soon as you’re done removing all the members, follow the steps to leave the group which we’ve already discussed. Because if you leave the group after removing every member, that group becomes permanently inaccessible for everyone.

Recommended: How To Remove Admin Rights Without Removing From WhatsApp Group

So now you know how you can leave WhatsApp group permanently. If you’re a member, then you can only leave the group and delete the chat. And other members of the group will surely be notified that you have left the group. So it’s best that before leaving, you give other members a reason why exactly you’re leaving that group. However, if you’re an Admin of the group, then you can choose to delete the group for everyone. But you’ll have to do some extra work before being able to do that. 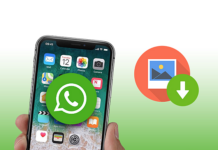 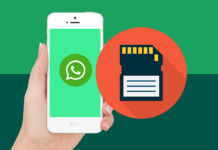 How To Move WhatsApp To SD Card On Android? Use These Two Ways! 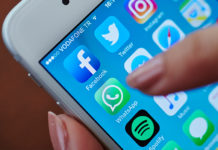 WhatsApp Backup Stuck On Android Or iPhone? Try These Fixes