Ever sent a message to someone on Snapchat that you wished you could take back? The latest update from Snapchat says – Don’t Wish, DO! Yes, finally Snapchat has rolled out the ability to unsend messages where you can easily unsend inappropriate messages. In just a matter of few taps, the message will be removed from Snapchat servers as well as your friend’s device. So, you can say goodbye to all the workarounds you have been using so far to unsend messages on Snapchat. This tutorial mentions the steps to use the delete chat feature on Snapchat from Android or iOS app.

Speaking of workarounds, people have tried the blocking method. However, blocking someone to cancel the sent messages doesn’t work most of the time and understandably it isn’t the favorable choice for many. You can put all the hacks you have been trying to rest and get on with the official Delete option.

Now then, let us get to the steps.

Unsend Messages On Snapchat Before Someone Opens It

It only makes sense to unsend a Snapchat message before someone sees it. As once opened, the message is automatically removed from the chat unless it is Saved. So, you need to make sure that you use the Delete option for unopened messages.

Update the Snapchat app from the respective app stores and jump to the steps below.

1. Open the Snapchat app and go the Chats screen by tapping on the chat icon at the bottom left. 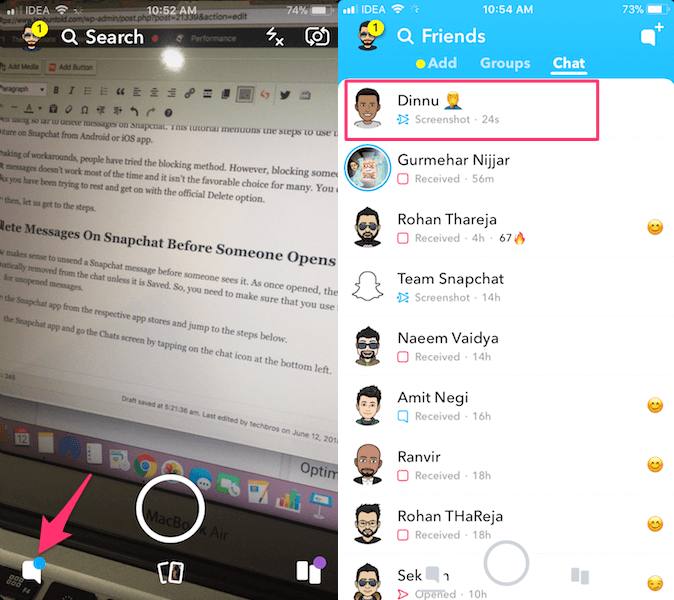 2. Go to the chat of the friend where you wish to remove the message.

3. Now, press and hold the message you want to delete until you see a menu with a few options.

4. Tap on Delete followed by Delete once more to confirm. 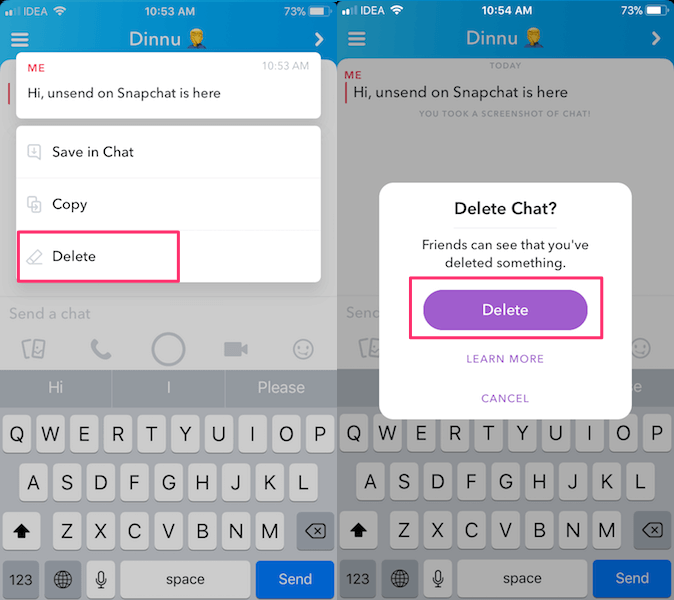 Similarly, you can cancel sent messages for other chats and even in groups.

Note: The friends who are a part of the chat can see that you have deleted something in the chat itself as shown in the screenshot below. 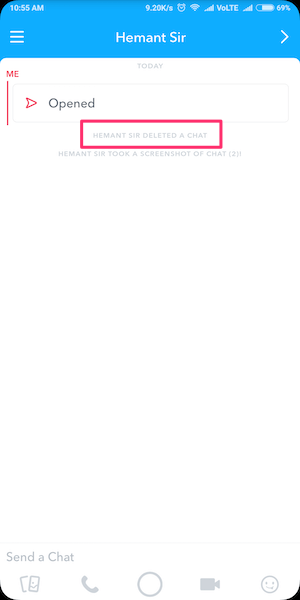 Currently, I couldn’t find the Delete option for photos or videos sent in chat. I hope Snapchat gives a similar option for media files as well.

Let us know in the comments below if you wanted this feature badly. And now when it’s here how are you feeling?

How To Loop Snapchat Videos: Make A Video Repeat On Snapchat On Android And iPhone