Have you ever used Instagram’s Boomerang and wanted to use the same on Snapchat?

Well, both Boomerang and looping videos are quite similar in nature. The only difference is the video direction.

In Instagram’s Boomerang, video switches its direction back and forth as soon as it ends, whereas Snapchat looping video keeps moving forward until someone closes it or moves to a different story.

However, with looping videos, there’s one more feature we’ll be discussing, and that is the Bounce feature of Snapchat. Snapchat’s Bounce feature is exactly similar to Instagram’s Boomerang. But unfortunately, this feature is only available on iOS, at least for now.

So if you want to use the loop or bounce feature, then here’s a quick guide for you.

Follow this step by step guide to make your first loop video on Snapchat. The steps remain the same for both Android and iPhone.

Make sure to update your Snapchat app to the latest version. This feature won’t be available if you haven’t updated your app.

1) Press and hold the circular shutter button to record a video. Releasing this button will stop shooting the video and you will be redirected to the video editing screen.

2 ) The option for looping a video is present on the right sidebar as shown in the screenshot. The infinity symbol in the loop icon means that the video is set to loop until the recipient closes it. If you have turned off the loop then the loop icon will have 1 so the video will loop only once. Tap on it to change the loop to infinite. 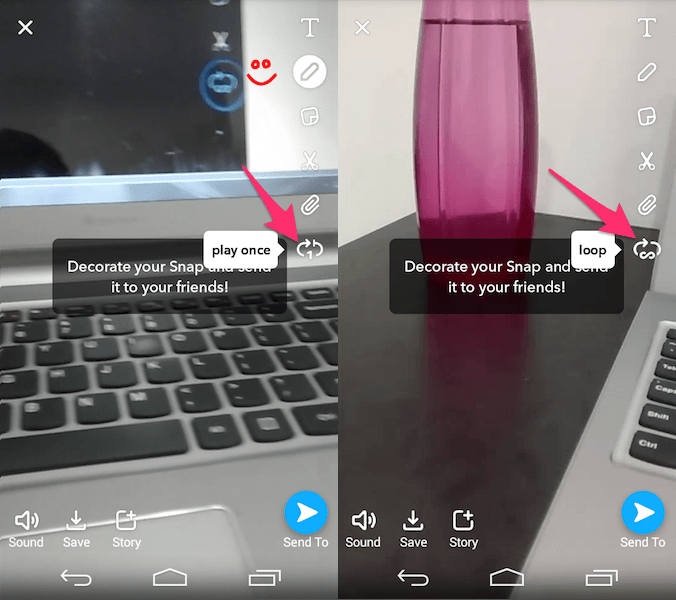 3 ) After that, select where you want to send your video as usual. You can share it either with your friends or as your story.

And that’s it. You have created and shared your first looping video on Snapchat.

Use Bounce Feature On Snapchat [Only iOS]

As we’ve already mentioned that, for now, this feature is only available for iOS users. And that is really disappointing because this feature is actually similar and to some extent even better than Instagram’s Boomerang. And why is it better? Well, on Snapchat, you can record a full video using your usual snap camera and then set the duration of the Bounce manually. On the other hand, on Instagram, you have to use the boomerang camera if you want to record a boomerang video.

So, now without taking more of your time, let’s jump to the part where we’ll teach you how you can use Snapchat’s Bounce feature on iOS.

1. First, you have to record a video as we’ve already discussed.

2. After that, you have to double-tap on the loop icon to get the Bounce option. 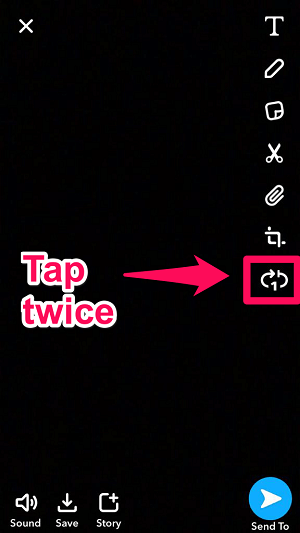 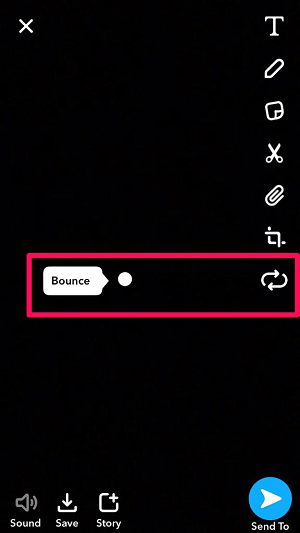 4. If you’re happy with the bounce, just click on send to set it as your story or to send it to your friends.

Snapchat has made it a piece of cake really to make Boomerang-like videos on their platform, even though if one of them is only restricted to iOS.

So, what are you waiting for? Shoot some videos, have fun with them and start sharing your creativity. If you face any problems while doing so, please let us know in the comments section.