Morse code, a form of coding language which was, and still is used for communication for long distances as a telegraph. It was created by Samuel Morse and Alfred Vail. This code consists series of DIT or a dot and DAH or dahs which when decoded using the Morse code charts converts into alphabets and numbers. This way the messages are sent securely.

It was very helpful for sailors and armies during the wars as it helped to send the message with secrecy and only who knows Morse could decode it. But now you can also learn Morse code and how to decode it with your smartphones. Here we have made a list for some of the best Morse code apps to help you learn to write and decode these messages. 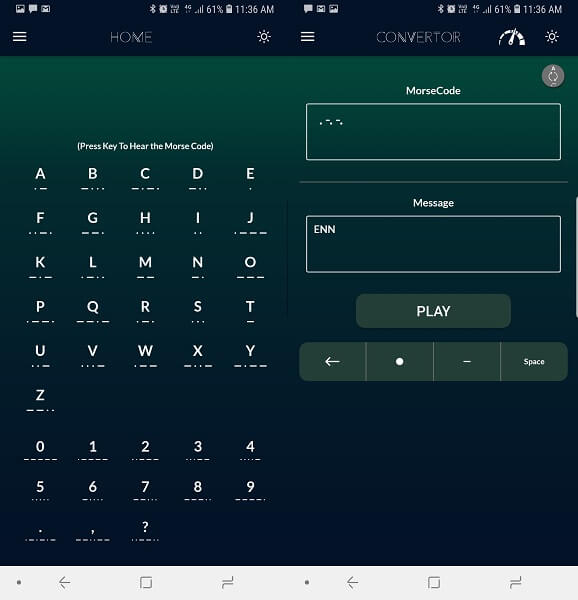 If you are completely new to Morse code, then this app is perfect for you. It is a Morse code translator. Here you can input any alphabets or words and it will convert them into Morse code for you, and vice versa. You can also see the list of alphabets and their Morse code.

Not only this it will also provide the audio feedback and will also let you copy the given Morse code to the clipboard. You can then paste or send it as a message to anyone as desired. One more great feature of this Morse code app is that you can also transmit Morse code messages using the flashlight of the device. 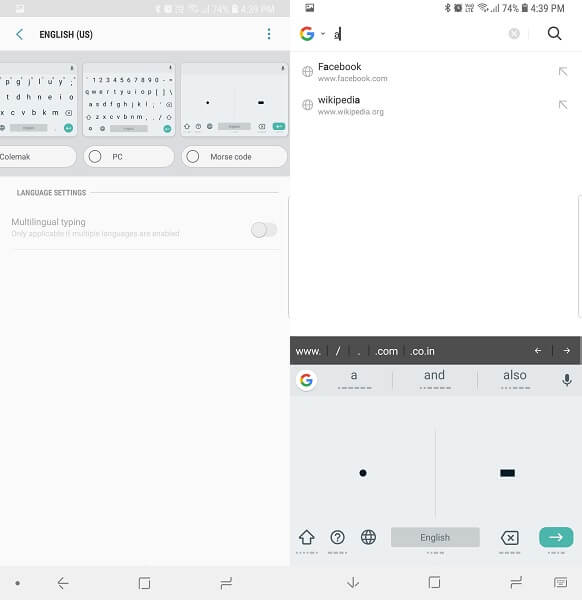 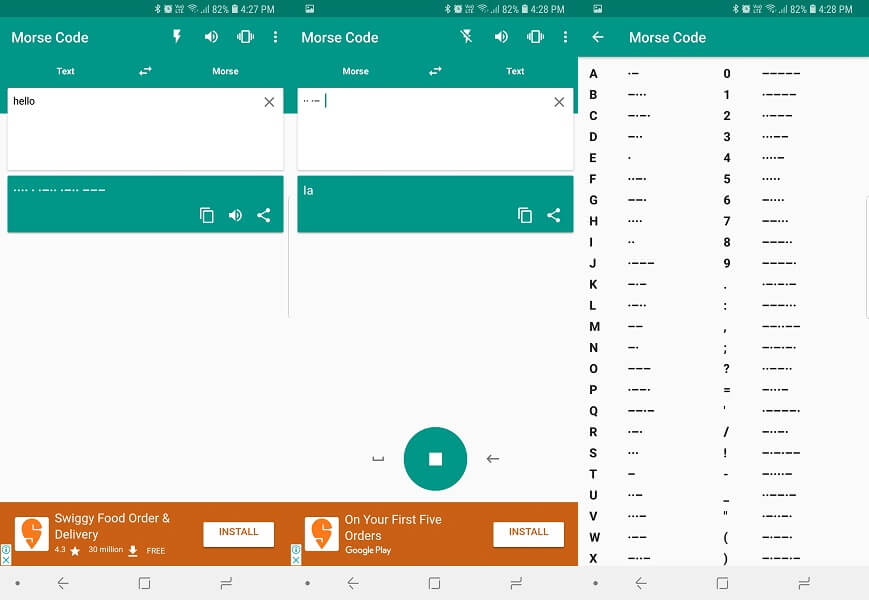 This is one of the best apps to learn Morse code on your Android devices. Here you will get to see all the alphabets and numbers with their Morse code written below them. You can also learn the sound code of these letters and numbers by the audio or light code using the flashlight of the device. In addition to this, you can write your own Morse code message and convert it into light or audio code. It allows decoding any given Morse code using the translator of this app. You can even set the speed of the audio and frequency of the message that you will hear. 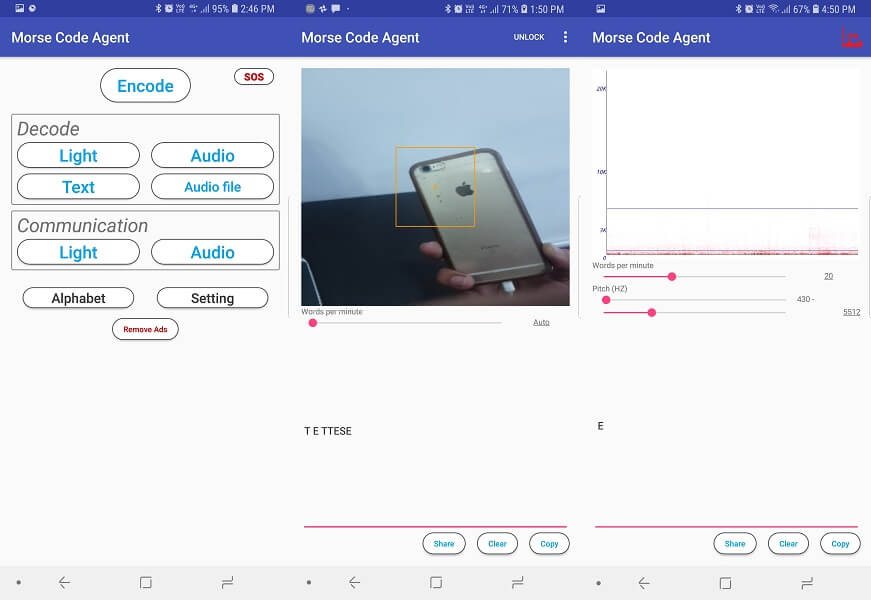 With this Morse code decoder app, you can convert any given Morse code, whether it’s a light, audio, text or even an existing audio file on your devices or encode your own Morse code message. It will use the camera of the device to capture the lights and its flickering and then convert it to alphabets which will be shown on the screen.

And same for the audios, using the microphone or any audio file. It also has other languages or you can set your own custom alphabets to the charts if you want to keep the message more secure. 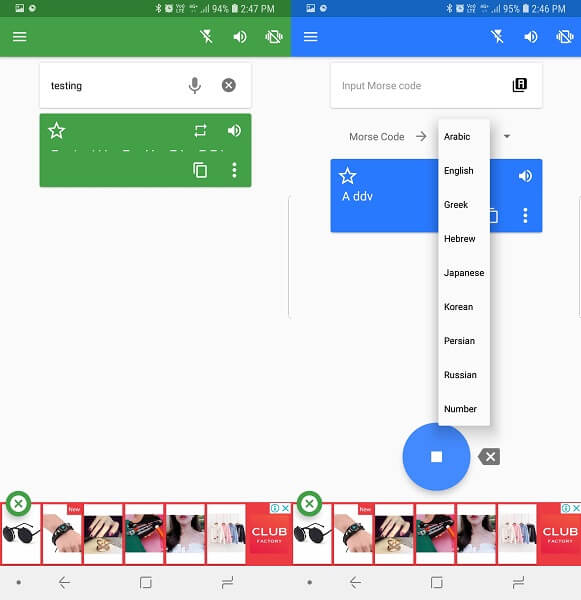 This app is almost similar to the first Morse code app in this list. And all the features like sound feedback and flashlight Morse code are similar in both of the apps. What it has extra here is that you can also use volume buttons of the device to input Morse code.

Then it will be translated into alphabets and words as you type the Morse message. It also allows selecting a few different languages for the Morse code to decode the messages accordingly. You can set the speed of words and the frequency of sounds for the Morse code that you will be sending or creating. 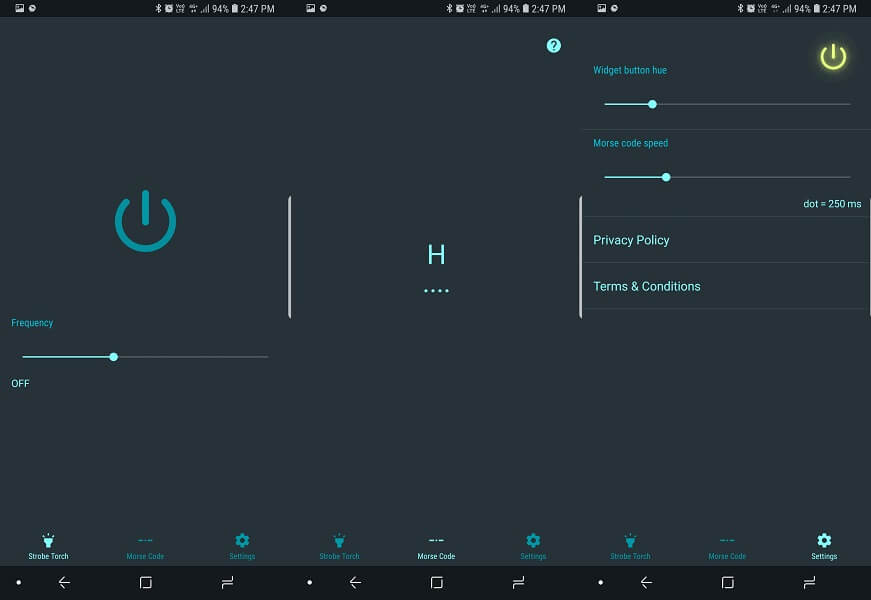 Well as you can guess this is a simple application that will convert any message you input into flashlights as per the dit and dots. You can use this to send Morse code at night and convey your messages from a distance. Just set the frequency and speed of the light. Then type your message and send it, it’s that easy. You can also add a widget icon on the home screen if you want to send the Morse message manually without opening the app. 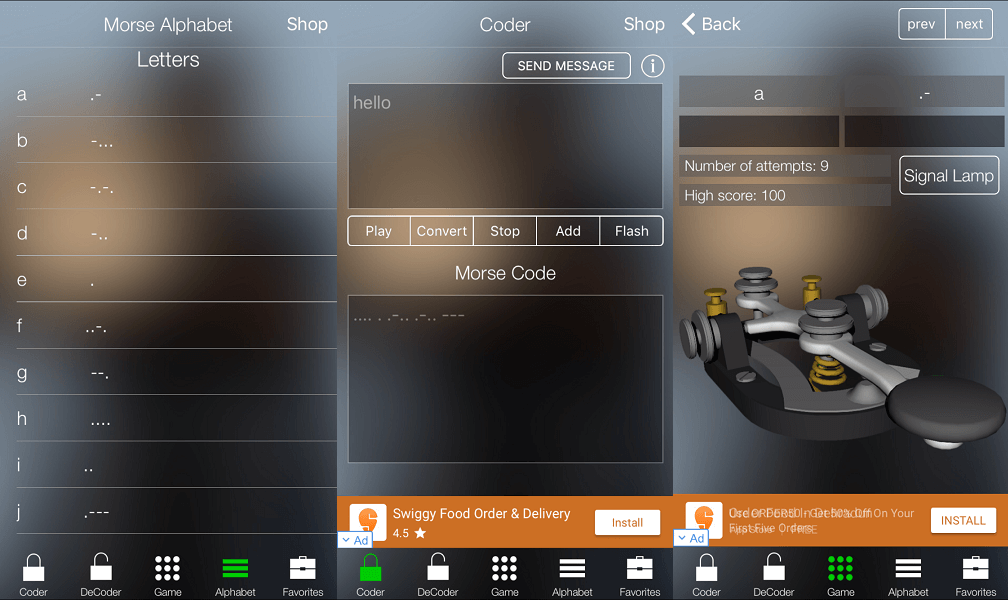 This Morse code app for iOS will let you create a Morse code message, decode it and learn it in this process. Like most of the apps, you can use the sound or light signal method to convey the Morse messages to others. You can see the alphabets, number, and other characters with their Morse codes form in dots and dashes.

You can also create and then listen to the audio feedback of the Morse code messages or decode any existing one. In addition to this, they also have games which you can play in order to learn and perfect your Morse code communication and its knowledge. 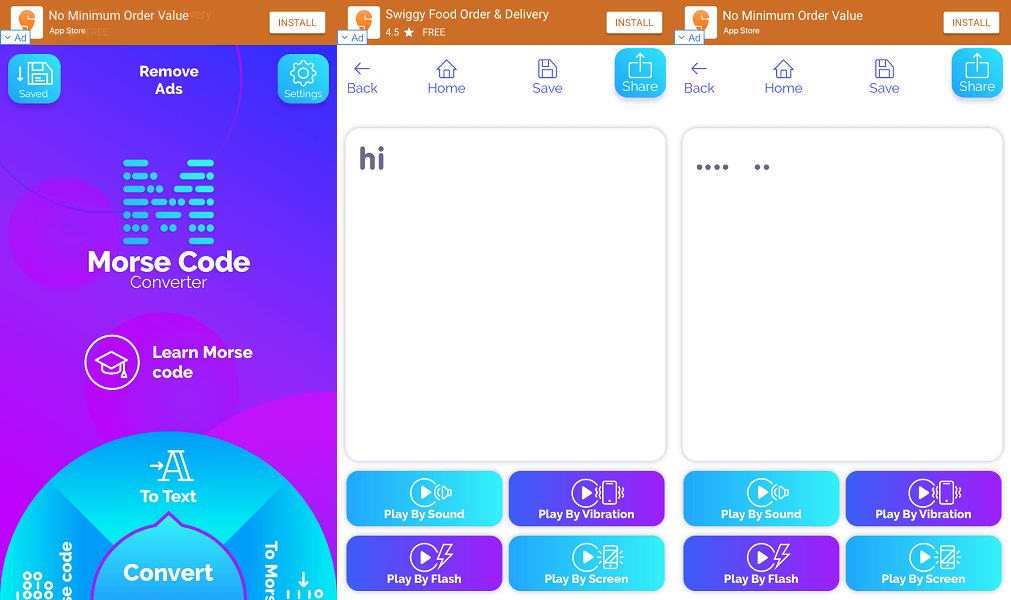 Yet another Morse decoder app that will let you read and create morse code messages. You can convert text into Morse or vice versa with this application. Like all the above apps, it also provides audio feedback and flashlight for the written Morse codes. What it has extra is that it will also provide vibration feedback and screen flickering effect to convey the Morse messages. You can also take the quiz in the game to learn the letters and alphabets more clearly from the app itself. 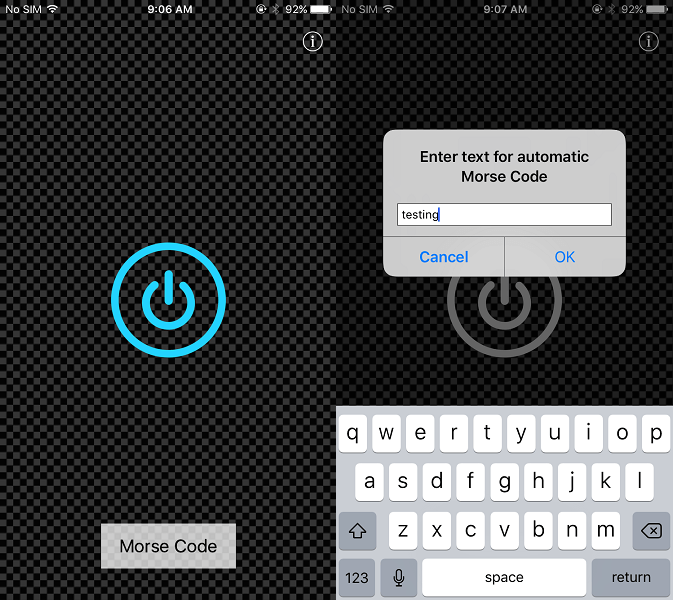 Morse Code Transmitter is a similar app to Flashlight With Morse Code. Here you can enter any messages or text and press the power icon on the screen shown in the app. This will enable the flashlight of the device and send the message you typed in Morse code via light signals. This can be helpful in a dark situation, for sailors and for distance till the light is visible easily. 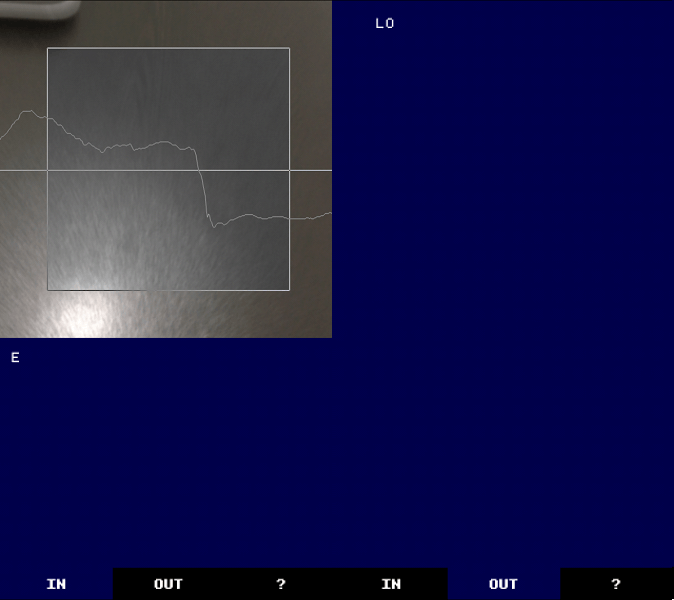 Just like the Morse code agent app, Light Conversation also converts flashlight or any other light that emits and decodes Morse codes into alphabets. All you have to do is point it towards the source of light that is flickering and transmitting Morse code. Then it will scan and convert it to show what message is hidden in that transmission. You can also use it to send any desired Morse code signals you wish to.

These were the best Morse code apps available on Android and iPhone. All these apps are free to download and use. Now send a secret message using Morse code or decode any received Morse code messages using these apps. Do let us know in the comments which Morse code app you prefer for learning, creating and decoding.