With the newest addition to the displays like LCD and LED, we have some significant modification to them. These displays are most often used in smartphones. A smartphone usually has a Touch screen interface and thus people are more into the display quality. Manufacturers are trying to provide customers with displays that could be better, brighter, and vivid. There are three most popular displays that we often see with most of the phones. These are IPS LCD, AMOLED and Super AMOLED which are the modification to the traditional LCD and LED. Let us learn more about them.

Difference Between AMOLED And IPS LCD

The IPS LCD (In-Plane Switching Liquid Crystal Display) is a modified version of the old LCD and was developed to overcome the limitations of it. If you remember using a phone with a plain old LCD, we didn’t get much of a viewing angle. Colors used to fade away while looking at it from another direction and the image quality was blurry due to poor color reproduction. 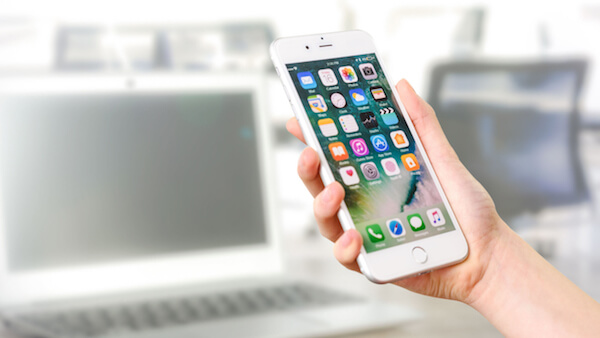 The LCD monitor has Liquid Crystal molecules inside of two glass plate. When these crystals are subjected to an electric field by two sets of electrodes they tend to obtain a 90 degree twisted structure. The IPS works on the same strategy but the alignment of the electrodes is a little different. In the IPS display, they are located on the same plane. Electrodes in the IPS LCD generate an electric field which is parallel to the lower glass plate. It then uses a polarised light that passes through this liquid crystal molecules with additional horizontal and vertical filters on either side.

The AMOLED (Active Matrix Organic Light Emitting Diode) has an active matrix of Organic LEDs. These consist of the electroluminescent layer which is made up of organic compounds. Whenever electricity is passed through the Thin Film Transistor (TFT) which houses the organic compound, it generates light. The transistor also acts as a series of switches which controls the illumination by controlling the current flow. 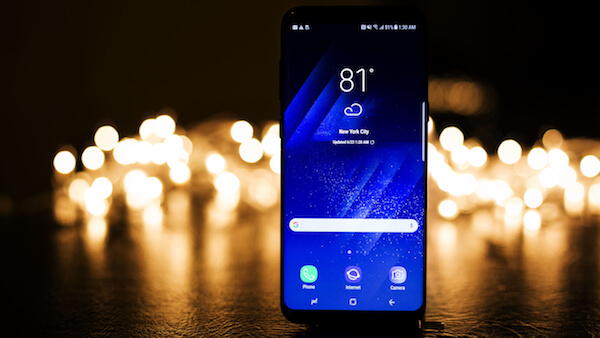 The active matrix is a term which is used to switch between individual pixels using transistors and capacitors. Thus the state of the pixel is preserved while the other pixels are being addressed. This is a new technology and a lot of development is being conducted to make it better.

The IPS needs a good backlight to produce a proper polarised light. Which in turn gives us a brighter white and good visibility in sunlight. It also gives good screen clarity too. The power consumption of the IPS LCD is almost 15% greater than the AMOLED.

The AMOLED gives good blacks because it does not require an external backlight. The organic compounds produce light on contact with electricity. For the blacks, it usually shuts the transistor so no electricity is needed. Moreover, the LED emits light without generating heat, as a result, the loss of energy due to heat is minimized.

The AMOLED produces some good amount of blacks which gives high contrast to the images produced. The image looks bright and vivid but it can sometimes make the color look a little oversaturated. It also has a higher refresh rate that allows watching high-resolution videos and videos much suitable. Due to the deep black which is possible due to the transistor switched off. The AMOLEDs are less harmful to human eyes than the IPS LCD.

On the other hand, the IPS LCD has a great color reproduction. The whites are far better than that of the AMOLED, which look a little yellowish. It also adds natural color to the other segments. The electric field changes the nature of the liquid crystal’s behavior to produce good viewing angles. Thus most of the times photographers usually prefer to use an IPS LCD display in a camera.

The cost related to the development of the AMOLED is very high. The fabricating substances needed to build up the display are very costly. Another factor is the complexity to assemble them together makes it much more expensive than building an LCD. Thus we mostly see AMOLED displays in high-end devices like Samsung. The IPS LCD also has a higher cost in development to that of the TFT LCD, but it is not as expensive as that of AMOLED. IPS LCDs are also used by some of the renowned phone manufacturers like Apple (in their earlier iPhone 8, 7 and so on), and HTC.

Since the AMOLED uses organic compounds for electroluminescent. Like all, these organic compounds tend to fade after a long-span use. The Red and Green pixel have a longer life span than that of the blue. These Red, Blue, Green are the base pixel that gives us the multi viewable color. Thus fading of one of the fundamentals pixels can lead to a significant color change. There is another term known as Burn in, where the pixels permanently lose their ability to return to the relaxed state. Well, this phenomenon also happens in IPS LCD but it’s not permanent.

Other Variant Of AMOLED: Super AMOLED

Samsung is the biggest fan of the AMOLED screen. All of its high-end flagship devices have been equipped with the AMOLED display. Samsung introduced its newest innovation of the AMOLED called Super AMOLED. Samsung merged the touch sensitive layer and the AMOLED display, which were previously two different kits. The result in combining them has given a new edge in technology. The screen is now 20% brighter, 20% thinner and has 80% less sunlight reflection than the previous generation. There were chances of greater image burn-in and less sharp display. But Samsung has great faith in it and even uses it to build flagship phones. They also claim that there is be a significant battery life increase.

This works the same as the Super AMOLED, reducing the gap between the touch sensitive screen and the physical display. This specific display is used by HTC in its flagship phones. The resulting of the combination has a similar effect to super AMOLED like increased visibility in sunlight and low power consumption. There are also Super LCD 2 and 3 which differs in terms of brightness. Super LCD 3 is much brighter than its predecessors.

How Is Gorilla Glass Different?

A comparison between IPS LCD, AMOLED or Super AMOLED is trivial. Both of the displays are good in their own respect. The standardization of the display solely depends on the manufacturer. Technology is a never-ending creed it will only go on getting more evolved. Today we are talking about displays when manufacturers have already started working on Holographic technology which lets you see and perceive things without any medium. One example is Microsoft’s Hololens. If you find our content informative then, please get to the comment section and let us know what is your opinion.