I am writing this article as one of our readers, Ramirez, asked a question that “How do I find out when I became friend with someone on Facebook year-wise.” on “Quick Ways To Turn Your Phone Into A Lie Detector” article. Apart from your friendship date with someone, you can also see how long someone has been friends on Facebook with some other person. With the listed method you can see the photos and posts which they share or they both are tagged in.

How to see when people became friends on Facebook

This method will help you to see how long since someone has been friend with another person on Facebook.

1) Open the Facebook profile of the user whose friendship you want to see with someone else.

2) Now click on three dots as shown in the picture. And choose See Friendship.

Below is how you will see the page which shows your friendship with some other person.

3) Now, open another friend’s timeline on another window/tab.

4) Next, copy the friend’s username from address bar as highlighted in the picture.

5) On the previous tab, replace your username with friend’s username that you have copied and press enter.

You will see the page having the month and year mentioned to let you know since how long they have been friends on Facebook.

Below is the video of the above procedure.

How to see when you became friend with someone on Facebook

3) Next, on the left side tap on MORE option below comments as shown in the picture.

4) Now, click on friends. On the right side, you will see the when you became friend with someone on the exact date.

You can choose the year from the top right if you want to know which year you became friend with others on Facebook as shown in the picture above.

If you are looking to unfriend the person which was added few years back then choose the year from right side and just click on the pencil icon and choose unfriend. 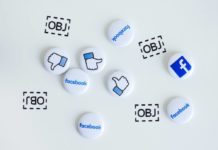 What Is OBJ On Facebook Posts? All You Need To Know About This Weird Symbol 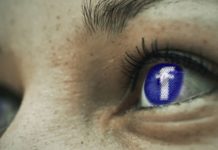