When it comes to 2-factor authentication, there are several apps that will let you secure your accounts with an extra security layer. One of them is the Google Authenticator. But to be honest, I was not impressed with them this time. There is no option to back up the accounts which can be a problem in case you lost your phone. And there is no app lock feature or fingerprint security, that means anyone can casually browse through all your codes. So, let’s check out some of the best Google Authenticator alternatives which don’t have these shortcomings. 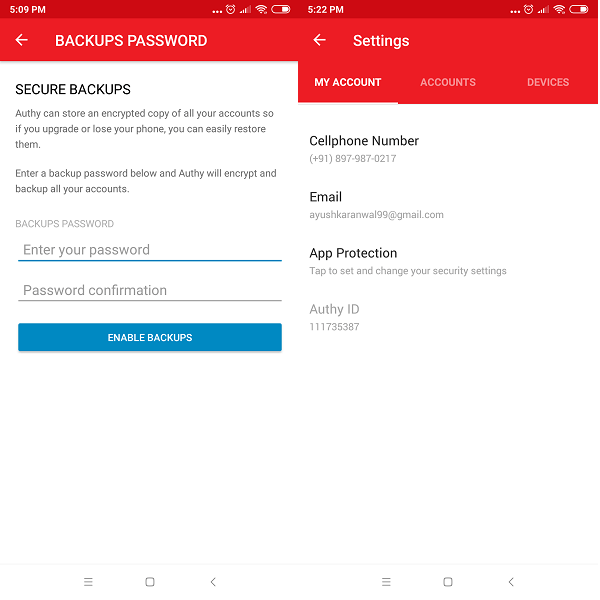 This is definitely the best 2-factor authentication app available as of now. And to be honest, it is superior to Google Authenticator, just because of its backup feature which is the biggest drawback in the Google app. This app will store the encrypted copy of all the accounts that you have added so that you don’t face any issues if you lost your phone or switched to a new one.

And another big difference that it provides over the Google Authenticator is the Authy passcode. Using this code, no one will be able to browse through all your codes.

Authy for Android & Authy for iOS 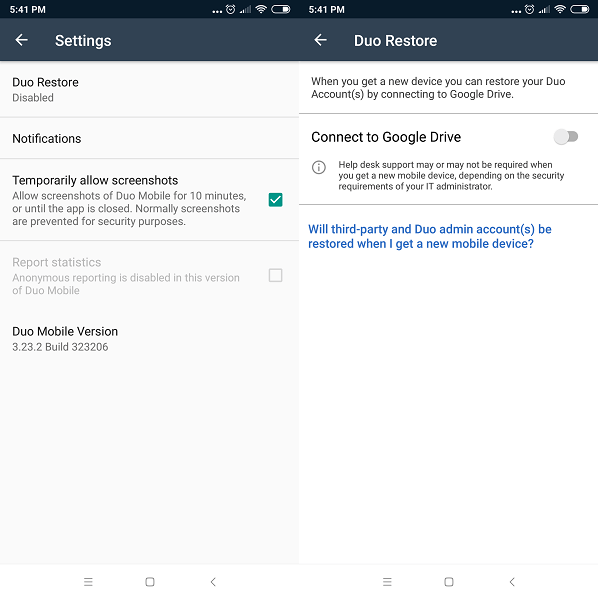 Another app like Google Authenticator available for Android and iOS which also has the upper hand in terms of backup. This app allows saving all the duo accounts to Google Drive; ironical huh. This way you can easily access those accounts if you are changing your phone.

Additionally, it allows you to capture the screenshots in the app so that you can save those snaps having codes for the future. This feature will only be available temporarily for 10 minutes or till the app closes. 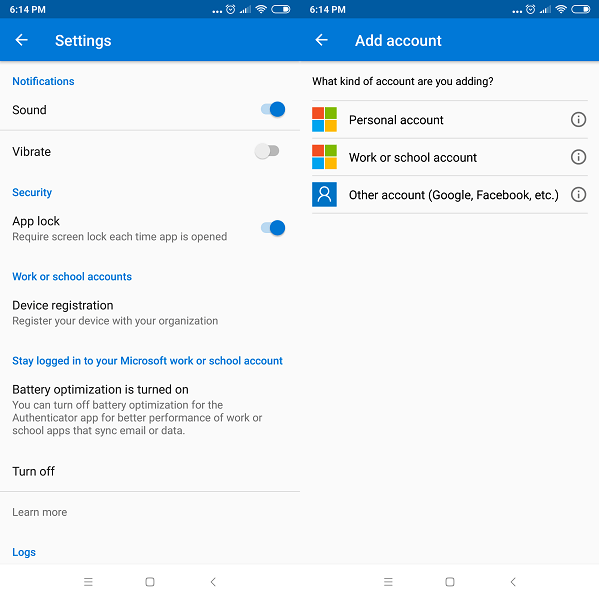 I’m still not sure why Google is not providing any passcode or app lock for their app when everybody else is doing it. Take Microsoft Authenticator, for example, this also lets you secure your accounts with the app lock.

This app also offers the option to let it run in the background which is optional. Apart from that, the rest of the working is quite similar to Google Authenticator. There is no option here to back up your accounts. 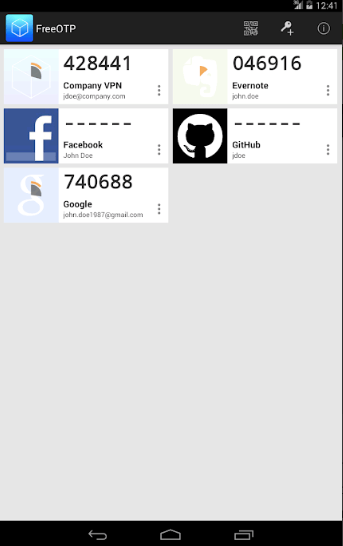 This is a free open source 2 step verification security app which uses OTP as well as your normal login passwords to make the login procedure more secure. You can add your accounts by either scanning their barcode or entering its id key.

To be honest, this is exactly similar to Google Authenticator. There is no option to set a passcode or app lock to prevent this app from unnecessary usage by anyone else. And also there is no option to take the backup of the accounts. To make this app even more secure, you can’t even capture screenshots in this app except when you are scanning the barcode. 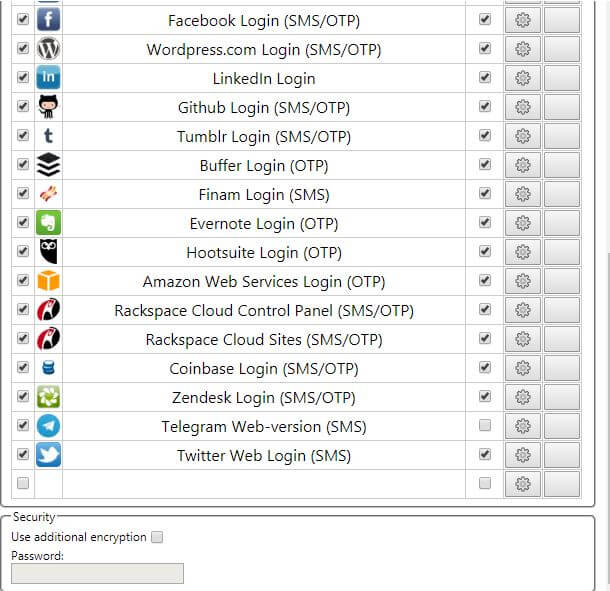 This app is available on Android as well as iOS and also as an extension on some of the browsers like Chrome, Firefox, and Opera. In order to use this app, your PC should have a  working microphone as we will be dealing with audio here. Once the app and the extension are installed on both smartphone and the browser, then you are good to go.

Whenever you receive OTP,  the mobile app transfers that OTP to your browser via notification sounds, so make sure that your phone is near your laptop’s microphone. This sound will transfer the temporary or changing code to the browser extension. And the browser will automatically fill that code for login without you having to type anything. Later on, you can check the additional encryption box to add a second layer of security to your login procedure. 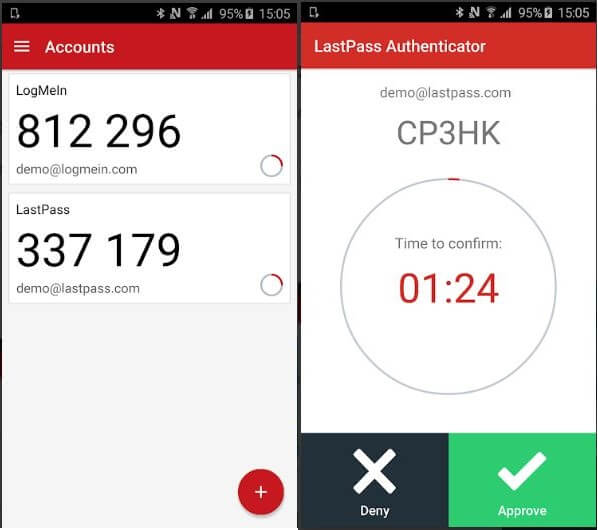 A great alternative to Google Authenticator because it also provides secure cloud backup which is not the case in Google product. But in order to use the backup feature, you also need to install LastPass Password manager. Once it is installed, you can configure the setting to automatic backup.

And it also has the upper hand in terms of the app security. You can set your fingerprint( which according to me is the best security feature) and also a 4 digit pin as the app lock. It’s good that is has a backup option as you won’t be able to take any screenshot in this app. 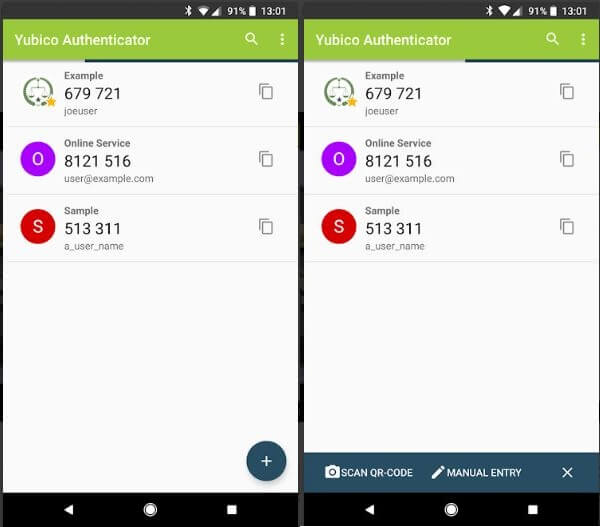 It is a 2-factor authentication app with which you can add an extra layer of security to your login credentials. Working is exactly similar like all the other apps. You can add accounts either by scanning their barcode or manually by entering the key id. And just like most of the apps, it won’t allow you to take the screenshot anywhere.

But what set this app apart from all of the competitors is its NFC feature and also its ability to hide its thumbnail from the app switcher. And for all the GitHub lovers, this is also an open source authenticator app.

Except for one, all the apps mentioned above are available for Android and iPhone. You can add accounts which you want to secure by scanning their barcode or simply entering the secret key or id in all of them. Some of them will let you capture a screenshot and some of them will not. Apart from that, all these are free to use and provide better features making them as the best Google Authenticator alternatives.