What is the most awkward moment when you are listening to great music on Spotify along with your friends? Well, I think when you start humming the song or just sing the song with wrong lyrics and your friends catch you doing that. Why does this type of situation occur? Simply because you don’t remember or know the lyrics of that song. Now you start to wonder how great it would be if I got the lyrics of the songs on Spotify. Well, it is actually possible.

Musixmatch is an app using which you can easily extract the lyrics of any song being played and sing along with it without making any fault. So without wasting any more time, let’s learn how to use this great app and connect it to Spotify to get lyrics.

Read more on Spotify: How To Clear Spotify Cache

Method To Get Lyrics On Spotify

You will find the methods to get Spotify songs lyrics on several devices like Android, iPhone, Windows PC, and Mac.

Spotify is mostly used with mobile devices rather than on the desktop. So keeping this fact in mind we would first like to show the method to use Musixmatch with Spotify on smartphones – Android and iOS. If you don’t have Spotify app on your mobile then first download it and make an account on Spotify and after that follow the given steps.

1. Install Musixmatch for Android from the Play Store and launch it. 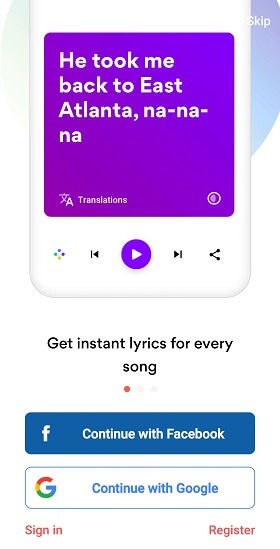 3. The app will ask for your permission to show the lyrics of the song played. Tap on Enable Now. 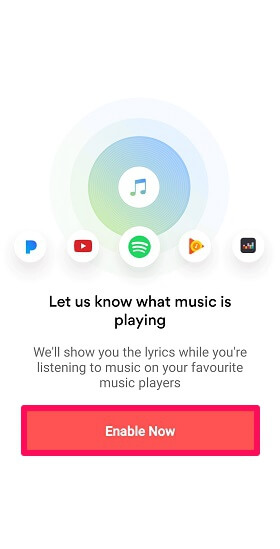 4. Now Musixmatch will ask for permission to read the notifications that are received on your device. Select Musixmatch and tap on Allow to continue. 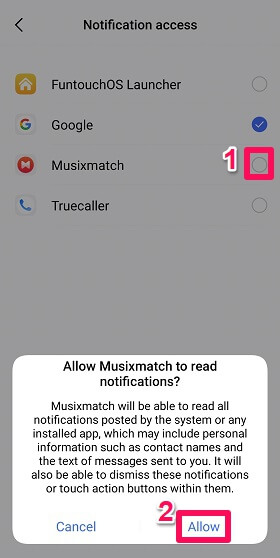 5. After providing all the permissions you will be on the home page of the Musixmatch app. 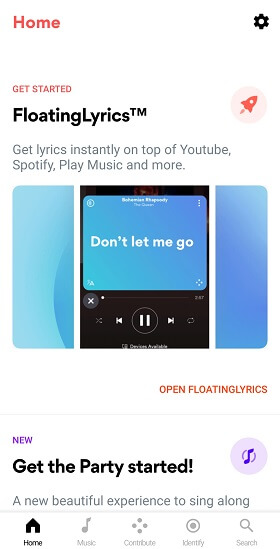 6. Now go to Spotify app and play any song whose lyrics you want to see.

In a few seconds, Musixmatch will fetch the song lyrics and show it to you in its app.

Similarly, you can get the lyrics for other Spotify songs.

Android users of Musixmatch have an upper hand than iPhone users. The reason is that Android users can access the lyrics even when they are not using the Musixmatch app, and that can be done using the floating screen. With this, you can not only get the lyrics of songs inside Spotify but even when you’re using other apps.

This option is available inside the Musixmatch itself, but only in the Android app. To access the floating screen here are the steps.

1. On the home screen of the Musixmatch app, tap on the settings icon given at the top-right. 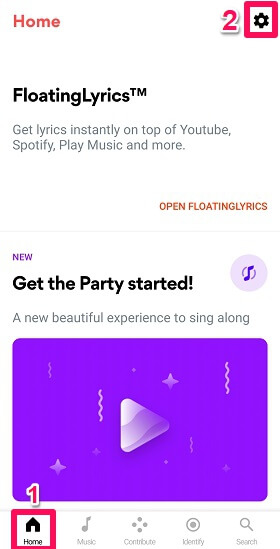 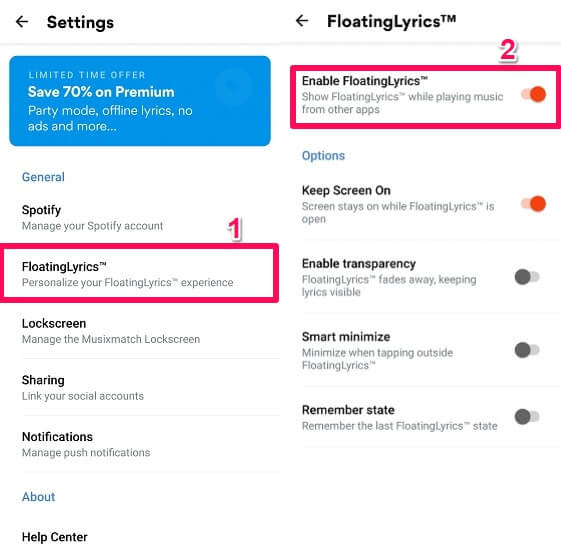 3. Now come back to the home screen and tap on the OPEN FLOATINGLYRICS. 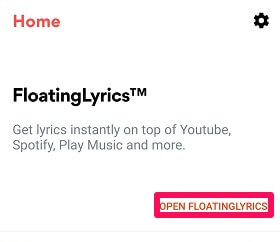 4. Right after that, the Floating screen will appear on the screen. You can tap on the cross icon given at the left to minimize the screen. 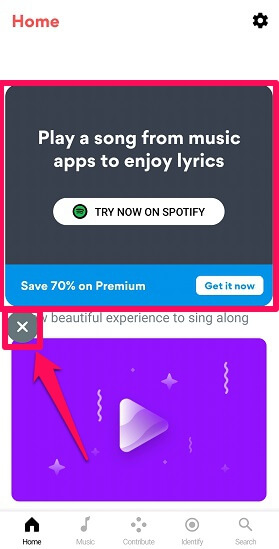 5. After playing the song from the Spotify app you can see the lyrics appearing in the floating screen. The size of the screen can also be adjusted with the help of the adjusting icons given at the bottom. 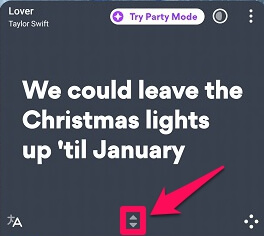 If you are an iPhone user and frowning because you think that this app is not available in iOS, then just cheer up. Musixmatch is available on iOS App Store and that too for free. Here’s how you can use it.

1. Download the Musixmatch for iOS from the App Store and open it.

2. Now you will see a Connect Spotify option on the screen. Tap on it to start Musixmatch. 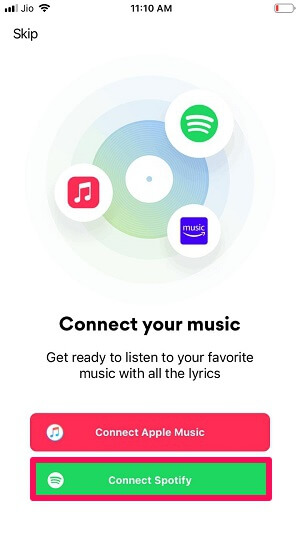 3. After the app starts working, go to the Spotify app and play any music of your choice.

4. Now open the Musixmatch app and tap on the Identify tab. 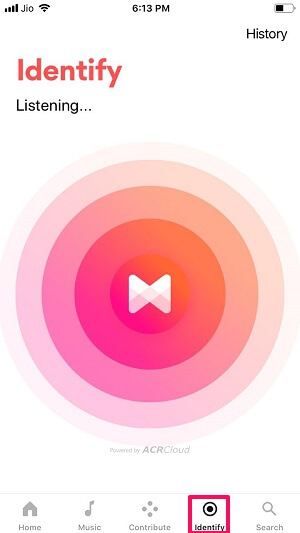 5. Tap on the Musixmatch icon. The app will recognize the song and show the lyrics of that song similar to Android.

Get The Lyrics Of Songs On Spotify Desktop App

Some people are mostly busy using their Desktops and don’t get much time for checking cellphones. Be it gaming, streaming movies or listening to music, everything they do revolves around their desktops and laptops, and if you are one of them then there’s good news because the Musixmatch desktop app is also available on Windows and Mac. So let’s learn how to use Musixmatch on desktop.

Before starting with the steps, make sure you have the Spotify app downloaded on your desktop. If not, just open the Spotify Web Player as it will also work.

1. First of all, download the Musixmatch app by clicking on Download for Desktop on their official site. 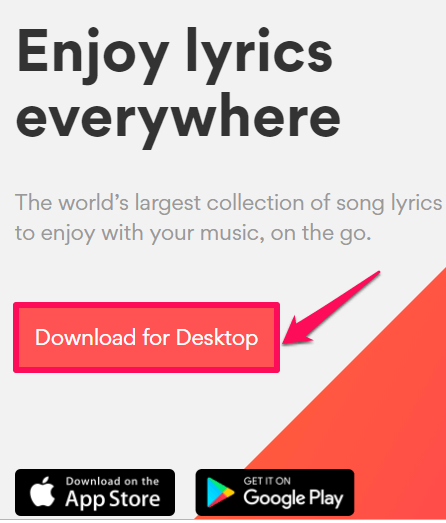 2. Once downloaded, click on the Get Started option to start the app on the desktop. 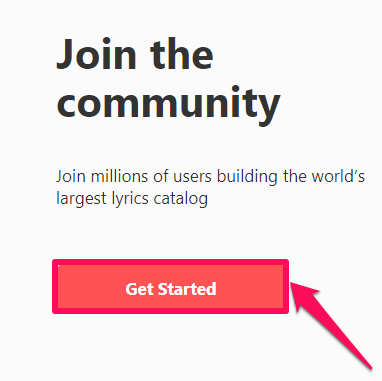 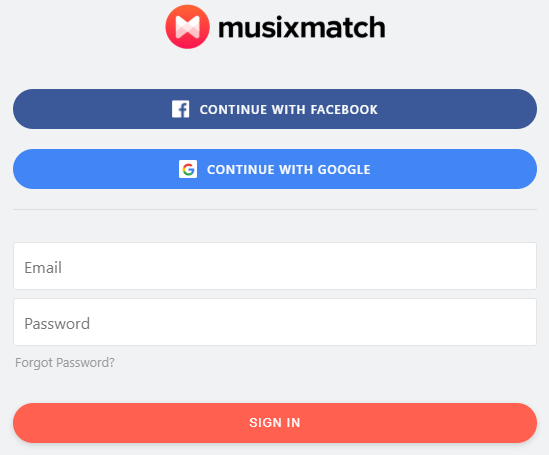 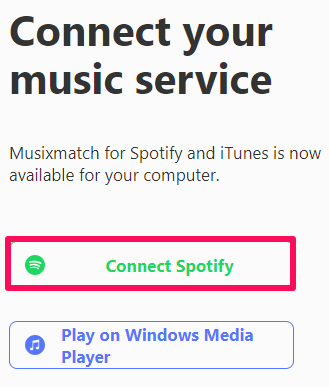 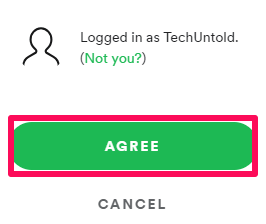 6. Finally, click on Open Spotify. Now choose any song from Spotify and you can see the lyrics being automatically displayed in the Musixmatch app.

That’s it. Now you can enjoy the lyrics of the desired songs on your desktop too.

Other Features Of Musixmatch

Musixmatch is not only limited to showing lyrics, but it also has some other great features too. Using this app you will listen to the songs in their original language but you can view lyrics in other languages of your choice, if available. For instance, if a song you played is English but if the lyrics are available, you can see the translated lyrics in other languages like Hindi, French, etc. 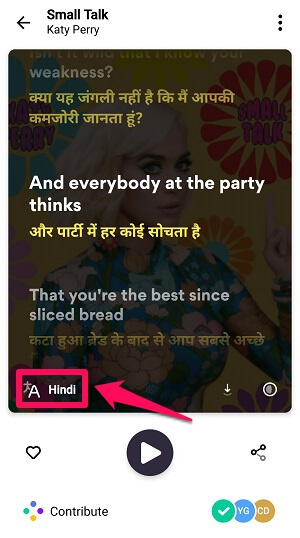 Moreover, you can add your contribution to the app by translating the lyrics of the songs in the language you know and even Syncronize the existing lyrics. 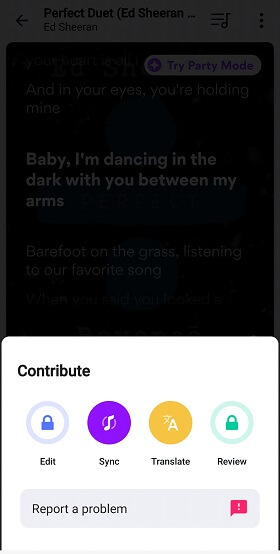 Read more on Spotify: How To Change Spotify Playlist Picture

This app is a must for all the music lovers out there who don’t want to sing the song incorrectly. Not only that but Musixmatch can be of great use to the singers and musicians too. While recording a song or playing any instrument this app can act as a reminder for the next line. So what are you waiting for? Just download this app right now and also share it with your friends and let them know what a cool app you just discovered.

Daksh is an ardent blogger, introvert and a tech enthusiast who is keen about gadgets and technology, and maybe he can contaminate you by sharing the same vibes.