We are living in a time which can be called the epicenter of the technological era. From all sides, we are surrounded by technology. And to be honest, we don’t mind being surrounded by it at all. This same thing goes with televisions. We’ve seen them evolving really fast throughout the years, and because of that, they’ve continued to stay an important part of our lives. Televisions are evolving that fast because of the neck to neck competition between so many companies. And when you think about it, this competition is eventually good for consumers. That is because companies constantly try to be one step ahead in technology and quality to grow their customer base.

Now, when you talk about the competition, two companies, i.e. Samsung and Vizio always comes into mind. These two companies are very well known to come up with amazing TVs and they both constantly try to upscale their technology. But as a consumer, sometimes it gets confusing as to which company we should go with.

When you compare two companies, there are a lot of factors that should be considered to get an overview of what each company is offering. And that is what we are going to do in this article. We’ll make it easy for you to decide that when it comes to making TVs, which company Samsung or Vizio is doing better. So, without wasting any more time, let’s jump straight into it.

Samsung VS Vizio: Which One’s Ahead In The Race

Now, to better understand the difference between the TVs by these two companies, we have to consider these four factors: 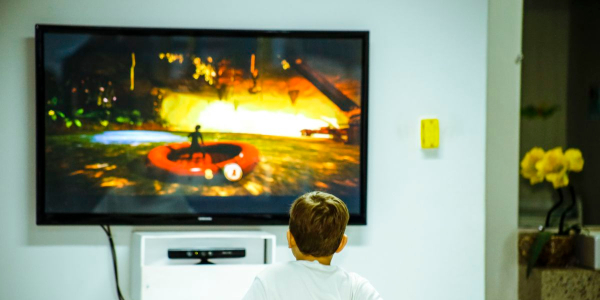 With time, more and more people are getting interested in having TVs with larger screen sizes. And that is because there’s so much content to watch nowadays, especially because of the streaming services like Netflix. So, almost everyone wants to binge-watch their favorite shows with friends on a larger screen. And Samsung surely takes the cake when it comes to manufacturing TVs with larger screen sizes. You can get a TV as small as 24 inches, and on the other hand, you can go large with a screen size of 88, or maybe 110 inches. Almost every series by Samsung explores a wide range of TV sizes without compromising the quality.

Now, when you talk about Vizio, they also experiment with various screen sizes. But most of their TVs end up between 40 to 80 inches. And when they go big, they go directly at 120 inches with their Reference Series Full-Array LED TV. So, if you are someone who likes good quality TV with larger screens, then Samsung is the better option.

Smart functionality is probably the best thing that has happened to TVs. You can do so much more on Smart TVs when compared to ordinary TVs. You can directly download apps from Play Store and stream your favorite content on streaming services like Netflix or Amazon Prime Video .

Now, Vizio with its Internet Apps plus smart TV is keeping up the technological demand of the people. It is constantly upgrading the smart features in its operating system while also adding new apps and services in it. The user interface of the TV is also pretty smooth and you can easily navigate from one app to another quite easily.

Samsung, on the other hand, uses the Tizen Operating system in its smart TVs. The user interface of Tizen is quite similar to Vizio’s operating system. However, as Samsung also manufactures smartphones, the integration and user experience on tablets and Android phones are much better with Samsung’s operating system.

One of the most important things about Television nowadays is connectivity options, like the HDMI ports. In HDMI ports, you can connect your set-top box, audio system, and even your gaming consoles if you want to play games on your TV. So, having more HDMI ports on your TV is a huge plus.

Now, there are a lot of good TVs out there in the market, but it is important to know which one of them is affordable. A lot of people get disappointed when they finally pick out an amazing TV but later find out that the TV is out of their pocket.

And when it comes to cheap pricing, Vizio takes the win. The company is known for its aggressive marketing, which means giving better features and quality TV at cheap prices. And if they want to compete against giants like Samsung, who have been in the game for a lot longer, then offering products at competitive prices is the best strategy.

This company is no doubt one of the leading electronics manufacturers around the world. They are known not only for their TVs but for their smartphones, refrigerators, washing machines, etc. But when it comes to TVs, they are dominating the world market for very long. For instance, in the year 2017, 20% of the televisions that were sold worldwide were Samsung TVs. Moreover, when it comes to large TVs, i.e. TVs larger than 65 inches, Samsung contributed more than 30% of the worldwide sale.

Vizio, on the other hand, is a new player in the market, as it was founded in the year 2002. But despite being new, Vizio managed to make a place for itself, but specifically in the American market. And it makes sense as it is an American company based in California. Due to being formed quite recently, the company didn’t bother working on something that is outdated and kept its focus on what’s latest. Like Vizio didn’t include a tuner system in most of its TVs. Instead, they worked more on things like connecting TVs with smartphones for better control or on the streaming experience.

The attitude of the company to keeps its pace with the evolving technology, made it earn a profit of $2 billion dollars in the year 2007 when they sold 600,000+ TVs in North America. And this rapid growth was also because of the reason that Vizio used a very aggressive marketing strategy. They basically sold their products at a very cheap price when compared to their competitors, the strategy they are still using today.

We hope that after reading the entire article, you now have a good idea about what each company is offering. We’ve not considered factors like picture quality, sound quality or video resolution because those factors are different for every TV.

Samsung is known to dominate the world market by providing the best quality. However, that can’t be true for each and every model by Samsung. Also, Samsung TVs do provide that quality at very heavy pricing, which can be unaffordable for a lot of people. So, in that case, people tend to opt for a company that provides a product with somewhat similar quality at a low price. For instance, Vizio P Series Quantum gives a neck to neck competition to Samsung Q90R QLED in terms of quality, and that too at almost half the price. (If you want to see a detailed comparison between these two TVs, then you can visit rtings.com) So we can conclude this by saying, that it’s all about your preference.

Shivam is a blogger who is always fascinated with the technology and the amount of knowledge he can gather from the internet. He is trying to nerdify everyone around him with that same knowledge, through his writings.