Virtual Reality, a very fast growing technology that has also made a great impact on smartphones.

Devices like Samsung and HTC have their own VR headset which allows you to take an experience of different worlds, various places and even games in virtual reality. But almost every device whether Android or iPhone, both are capable of providing virtual reality without any dedicated VR set.

For these purposes, you can use any VR headset that is compatible with your smartphones.

Though some of the smartphones like Samsung and HTC have their own VR headsets, still you can use any of the available ones with them too.

And for having a great VR experience we present best virtual reality apps that you can download for free and use them with a VR headset. 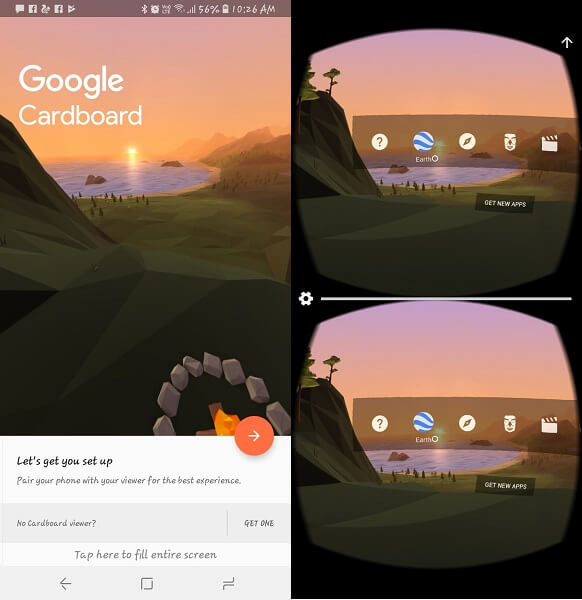 This is one of the best VR apps for iPhone and Android users presented by Google. To use this application all you need is a VR headset that can be of any kind. In this application, you will find various animation of animals, birds, and have a journey of arctic and experience them in virtual reality. You will also get to see 360° videos and learn about various things while enjoying the VR.

Apart from this, you can see the videos, movies from your device in theater mode with the VR player of this application. In addition, you can also enjoy Google Earth in VR and roam around the world flying in the sky. In case you have trouble using this app then you can always take the tutorial from the VR menu.

If you have an iPhone, check this list of VR apps that you can use on your device with Google Cardboard. 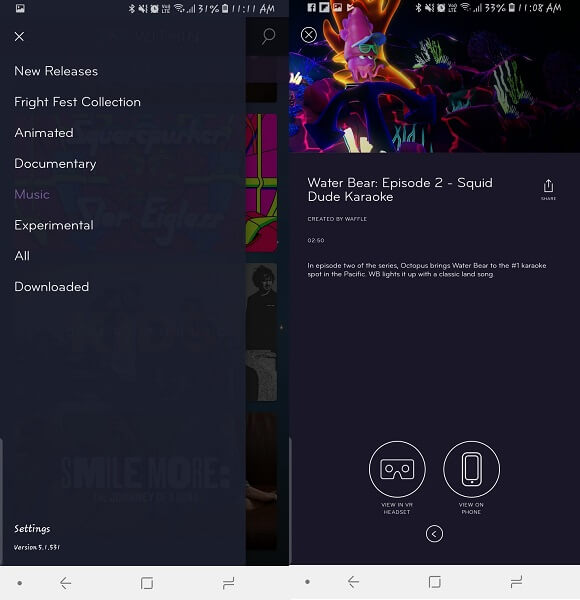 WITHIN is an application which will allow you to stream various categories of VR videos on your smartphones. There are animated, documentary, music and a few other kinds of videos that you can enjoy on VR headsets. In these videos, you can enjoy a roller coaster ride, or visit a completely new destination as per your desire.

In case you don’t have any headset then you can watch it just on your smartphones with a 360° view by moving your device around to explore more. Apart from streaming, you can download any of the given videos to watch them offline later.

If you like going to different places, enjoy treks and educational journey then this VR application is for you. You can visit any historic monuments like the Maya ruins, museums, go underwater or even space, in virtual reality here. With this application, you can take other smartphone users and guide them into a VR journey.

This app allows connecting various devices connected to the same network and join all of them into a single VR tour. Anyone can either create or join a Guide in this app itself by connecting other users. This is a good educational app for teaching.

Fulldive VR is a single application inside which you will find the features of all the applications mentioned above. It will work with most of the Cardboard and other VR headsets. In this app, there are plenty of 360° videos, applications like YouTube and other video sites that you can access from this Fulldive VR app. You can even browse for videos according to mood by selecting the above-given emojis.

And in addition, you can also browse through your device photos, videos, movies and watch them in full theater mode through the VR player. What makes this application the best among other virtual reality apps is the interface and layout. It is simple to use and easy to navigate with an amazing layout for the VR which you will definitely love once you see for yourself.

This is one of the best VR players for Andriod devices that you can download for free. It will allow you to browse all the videos in your device in virtual reality mode which you can use with any compatible VR headsets. This app supports 4K videos, subtitles, option to take screenshots and switching between VR mode or normal mobile mode as per your requirements.

KMP player is one of the best video players for Android, not only this you can download a VR version for the same KMP player on your devices. With this VR player, you will be able to see all the videos on your device in virtual reality and in 360°. You can switch between VR, 360° or normal mode whenever you need from the player. In addition to this, it also allows playing videos by pasting the URL or searching from the trending ones from the app itself. 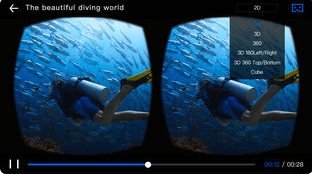 Just like the above KMP Player VR, this Virtual Reality app is available for iPhone users. Here you can enjoy panoramic 360° videos, 2D and 3D videos on your iOS devices. You can watch videos from the device, stream online or watch from the recommended videos in the app itself. It also allows navigating through other supported websites and platforms.

This is a great example of how the results of 3D scanning are used in virtual reality. Curious about other use cases of 3D scanning technology? Read our post to find out more!

Yet another free VR app that you can download for Android devices. This player has its own integrated web browser with help of which you can browse through various websites and watch online videos in virtual reality. Just like Fulldive VR, it has a completely different layout and as you will put the device in the VR, you will experience a different and relaxing place. Here you will find the VR browser and other options available in the app on the main screen of the VR. And in addition, you can also select the video screen from a normal flat or curve as per your viewing choices.

Oculus is a dedicated VR app and can only be used or accessed when the device is attached with the Oculus Gear VR. There is a whole different level with lots of videos to watch and games to play. You can even browse the internet, or get the activity of your Facebook account on the Oculus home page of the VR.

There are amazing animations, games and other contents that you can download for watching or playing. In addition like most of the VR apps on this list, here also you can access all the media files like photos and videos on your device in a theater-like environment and watch them easily.

These were some of the best virtual reality apps that you can use on your Android or iPhone. Remember, these apps are best used with a VR headset whether it is Google Cardboard, Daydream, HTC Vive, Oculus Gear VR or any other open source VR. And without any doubt, Cardboard and Oculus are the best VR apps from this list, but all of them are worth trying. Do you know any other best VR app that is missing on our list? Let us know in the comments below.