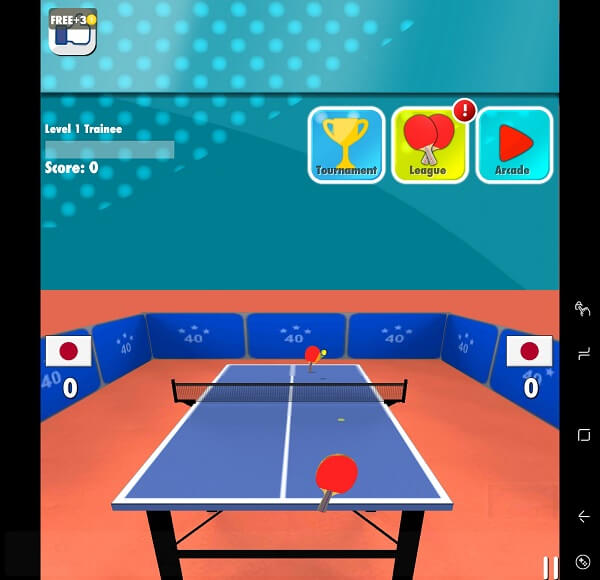 You can play this game offline with three different modes: Tournament, League and Arcade. In this game, you have to select the country that you like to represent. Play friendly matches, compete for world cups or play to reach to the top with these different modes. You can also practice from different difficulty modes to improve your gameplay. The controls for the game are simple, you have to keep your finger on the racket and drag it on the screen aiming the ball. 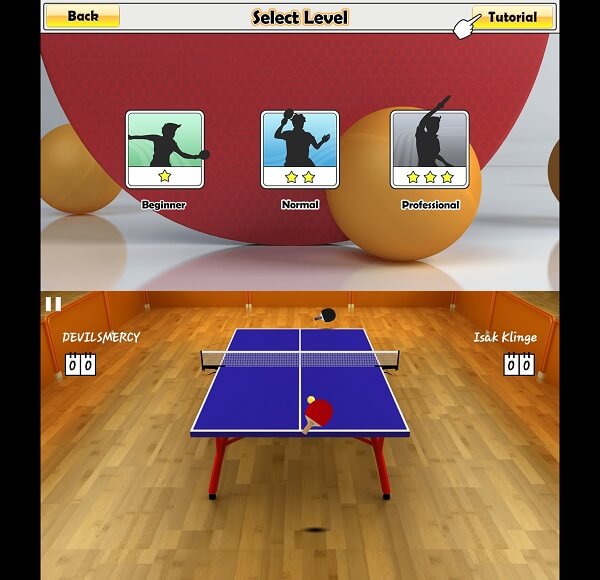 Virtual Table Tennis is similar to the above game and the controls are also the same. The only thing it differs is graphics. This looks like a real table tennis game and it is really smooth while playing as compared to the above one. You can play Single matches and select the level of difficulty you would like to face. Here you can practice, play arcade games or tournaments with different players competing to reach to the top.

Unlike the above app, it has a Multiplayer mode for playing online. You can also connect your devices via Bluetooth and play with your friends. It also allows playing via Google Play and with global online players. There are various bats you can choose from. It can be unlocked by winning tournaments, awards or you can buy it from the game store. 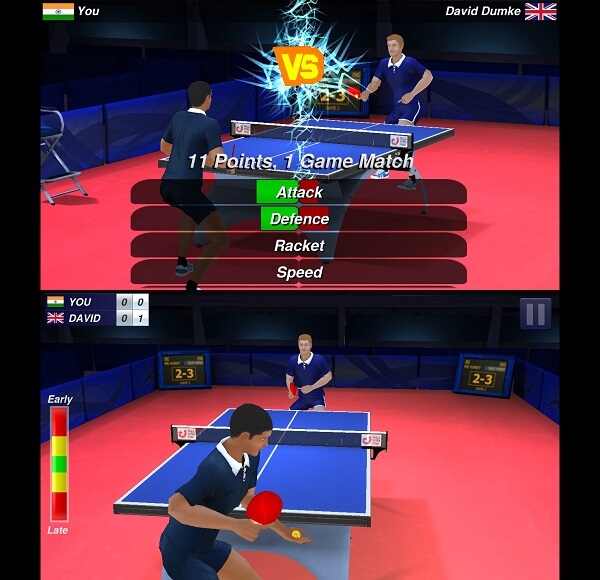 Ping Pong Champion is also a table tennis game but with different graphics, characters and game modes. You can play career mode, mini-games, international tournaments, and more than 50 stages. It allows customization of the players according to your desire and upgrading their skills.

There will be a meter on the left side of the screen on the game which you can use to time your shot at the best. Apart from that, you can also play multiplayer online and invite your friends to create your team connecting via Facebook. It has different difficulty levels with different prize money Beat your friends and other teams to become a table tennis champion. 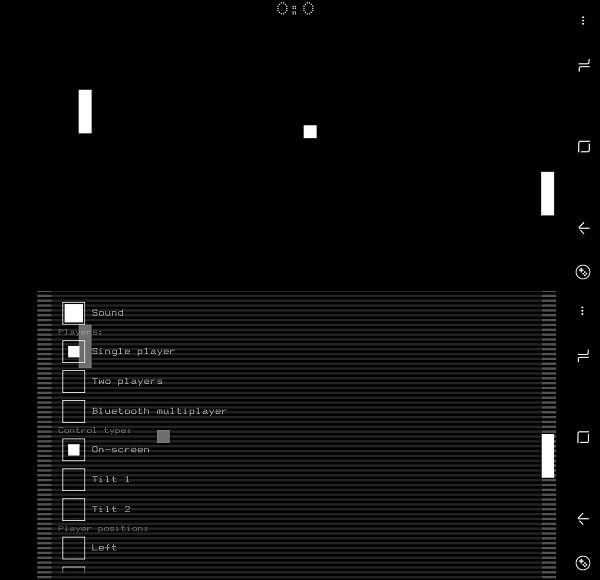 Besides the regular racket and ball table tennis, there are also some other types of table tennis games. Classic table tennis is one of them. The theme of the game is a little different then others but the aim is the same. You have to score points and eliminate your opponent by hitting the ball on his side.

The dark background of the game and simple touch to control the tab of your side makes it very easy to play. It allows customizing the controls, position, and difficulty of the game according to your desire. Apart from these, you can play this game between two players on the same device. It can also be played via Bluetooth form 2 separate devices with your friends. 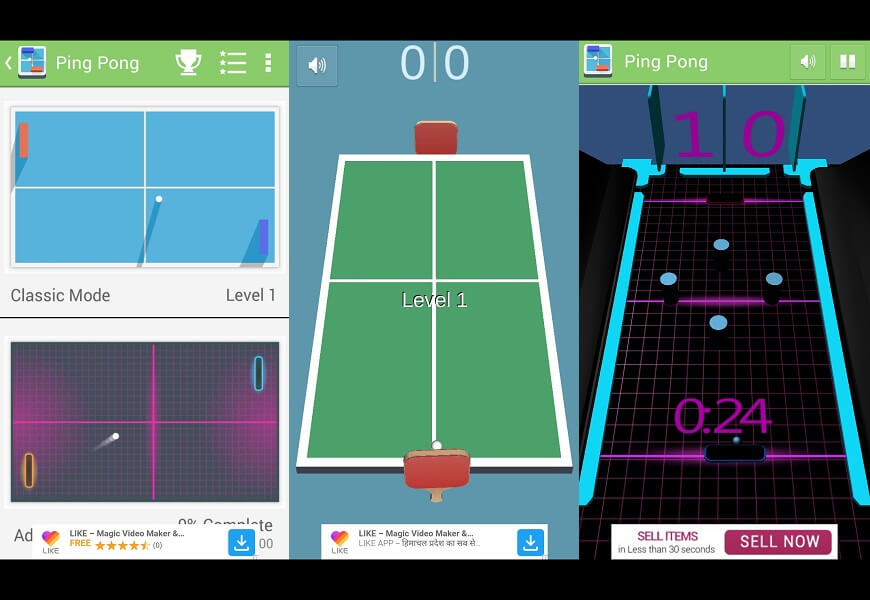 This game has two modes to play, Classic Mode and Adventure Mode. You can play both tennis and ping pong game with different theme and graphics in these modes respectively. The control of the game is simple just swipe right or left according to the ball. The longer you keep playing the game, the difficulty level increases with an increase in the speed of the game. 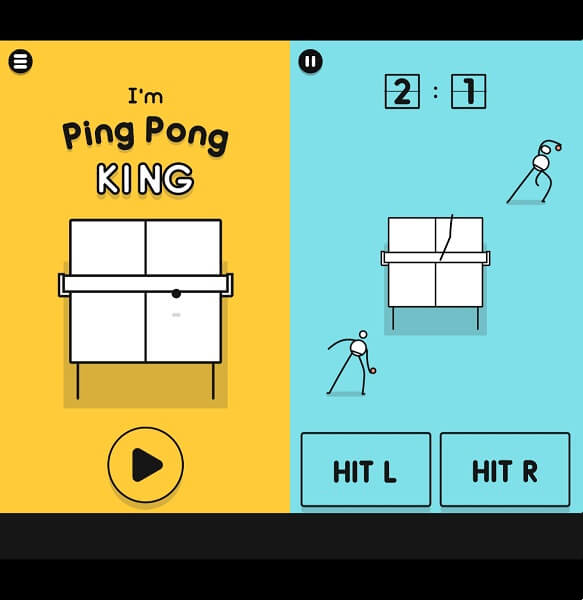 Among the list of best table tennis games, this one is the most fun and easy to play. The game has simple stick animations, plain colors and normal graphics and it is more challenging than it looks. The controls are also simple, it just has a left and right button on the screen. You just have to tap on the side that will hit the ball.

You have to defeat different characters and complete the challenge to be crowned as Ping Pong King. This is a total offline game and can be played anywhere anytime. One thing, this game has different animations and effects that you can see and it seems really nice and funny game. 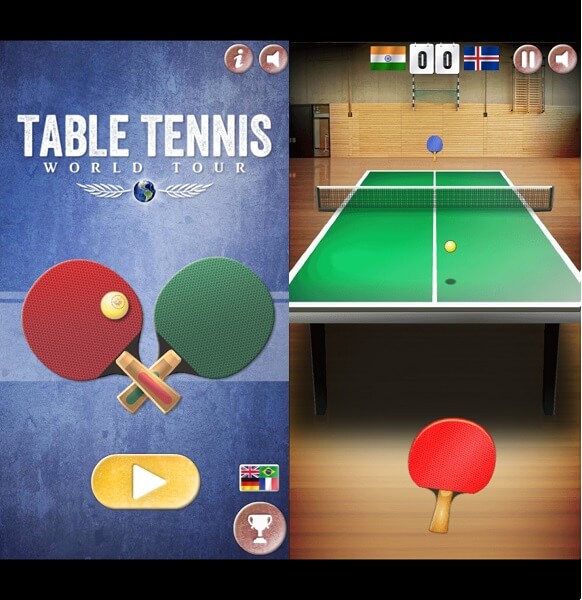 Table Tennis World Tour is another table tennis game that you can play offline. This game is a perfect alternative for Table Tennis 3D and Virtual Table Tennis. The gameplay and control options are also the same.

You can select a country you want to represent in the game. There will be players from around the globe and different countries that you can play with. You have to defeat all the other players and reach to the top. This game has decent graphics and runs smoothly without any lag.

The gameplay and aim of most of the game in this list is almost the same. You will get to see different themes, animations, and graphics in these games. Choose whichever game you like and beat your opponent to be at the top. According to me, I’m Ping Pong King and Ping Pong Champion are the best game among this list that you can play.