Golf is considered one of the most expensive sports. And to be honest, we all are not privileged to play it outdoor. But we have the luxury to play it on our smartphones. Still, it can be very confusing for most of you to find the best golf games for Android phones because of the quantity of the apps available on the Play Store. So, check out these top Golf games to play offline or online. 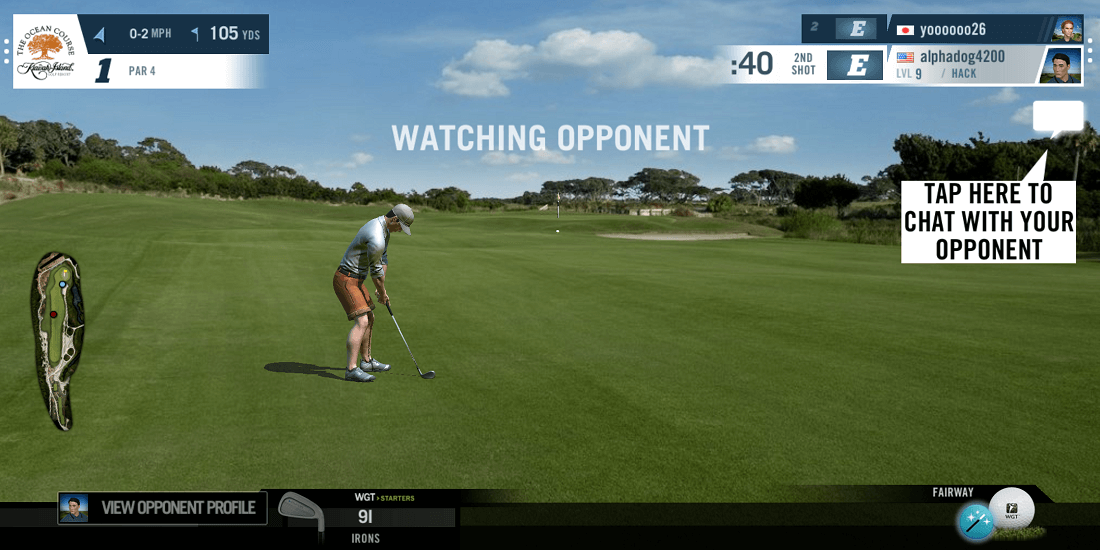 One of the most popular online Golf Game in the Android market. It is available in 4 languages including English. You can start by creating your golf avatar by customizing hair, skin and many more features of the character. It even offers swing tutorials for newbies which is optional. I would recommend you to undertake the tutorial lessons as completing them will give you 100 credit points.

Once learned the basic stuff, you can begin playing with other players. The game will automatically search for your opponents online. Don’t worry if you have just started playing because the opponent will be of the same level. Shot placement depends upon the meter. Make sure to tap at the center of the meter so that the swing you perform is accurate. 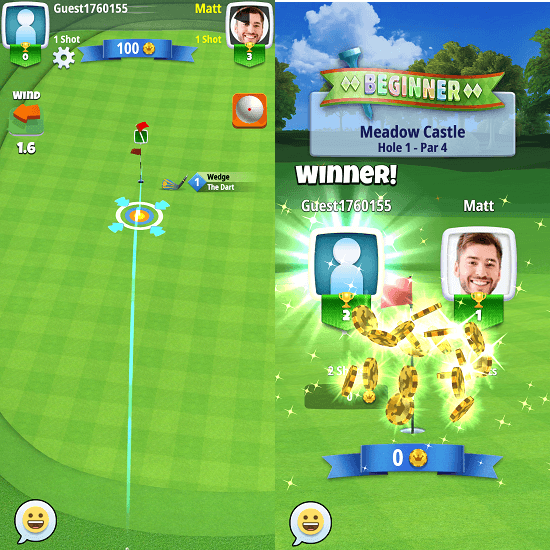 While the above mentioned game was for full-time golf players with high stakes, this one is more towards the fun side. This app is for those users who are just looking to kill time. But you will need an internet connection as you can only play against online players.

There is no character or player to choose in this app. Not even any requirement to log in or sign up. Coming to controls, first, you have to decide the landing spot of the ball. Keep in mind that ball bounces a lot and will exceed your speed limit expectations. After that, you have to drag the ball meter backward for applying force and releasing at the perfect time when the meter is in the middle. 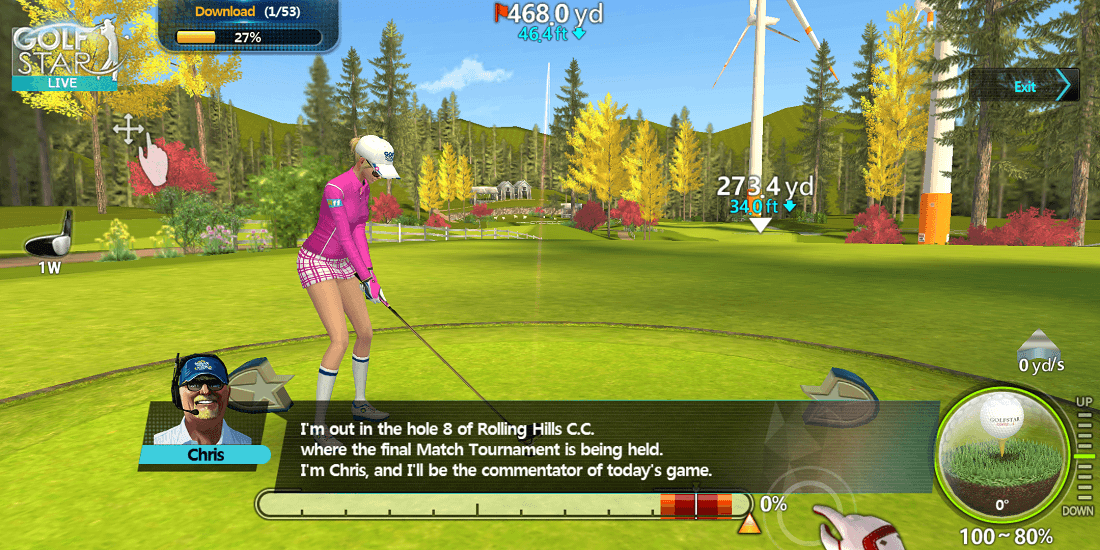 Like WGT, this is also a realistic golf game with high-quality graphics and better gameplay. Even the controls are realistic. In other apps, you never have to worry about the ground slope and wind, but here, you have to keep all that in mind before swinging your shot. In fact, there are overall total 70 other factors like humidity, temperature and many more which will determine the impact of the shot.

Don’t worry, the tutorial will get you comfortable with the gameplay. But in later stages, do expect scoring birdie a bit difficult. And what makes it more unique is the number of shots you can perform here which includes chip shot, fade shot, draw shots, and many more. You can also play against your friends in real time. 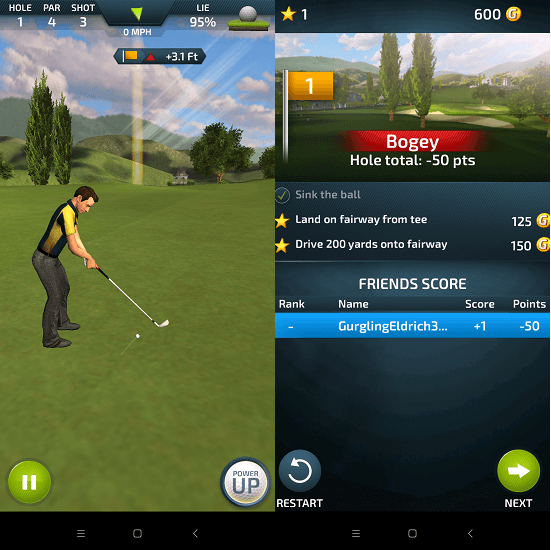 This Android app felt like a fresh golf game with a slightly different perspective. First of all, it is in portrait screen mode and can be played offline as well as online. And unlike others games, it offers various modes to play in. You can add your friends to the game and play one on one against them. Or you can start playing in the career mode and grow your skills.

Controls are pretty easy here. Just drag the ball back and it will ask you to decide the landing zone of the ball. Once done, you can proceed to the ball meter where you just have to tap on the screen when the ball completely fits the circular meter. It is a bit difficult initially, but you can easily get a hold on this one when played enough. 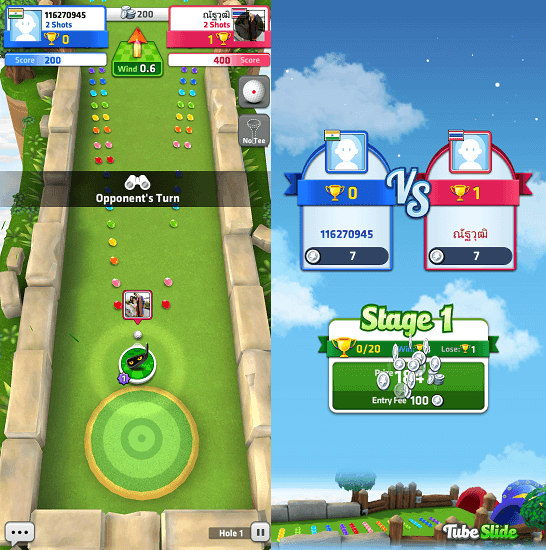 This one is not a usual golf app. Instead, you will be focusing on other aspects as well. Like in other golf apps, your main objective is to put the ball in the hole in as less number of shots as possible. But here, you also have to score points while doing the same.

Mini Golf King is also an online game in which you compete with different players around the world. In this game, the ball doesn’t fly high in the sky. The concept here is exactly the opposite. Your shot will stay grounded while going through big and small diamonds, each having their own credits. And the players have to overcome many hurdles like objects lying in the ground. 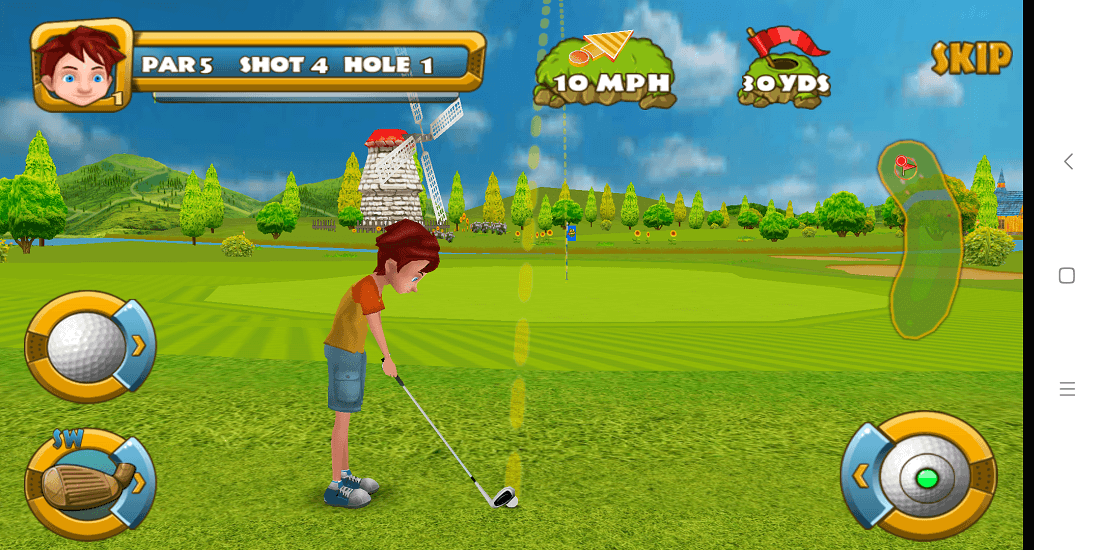 Although the graphics are not as great as any real 3d Golf game, still it manages to keep the players involved. There are different modes available in the games like cup club, tourism, and championship, but you have to score 3 stars in tourism mode to unlock the rest two modes.

This is also another online multiplayer game where you can challenge players all over the world and the controls are really easy. But don’t expect to score a birdie in just two or three shots because of the hole being far away. The shot meter provides you the accurate speed and strength required for the shot which is always good to have. You can even score a perfect shot every time if you pay attention to the red color marking available on the meter. 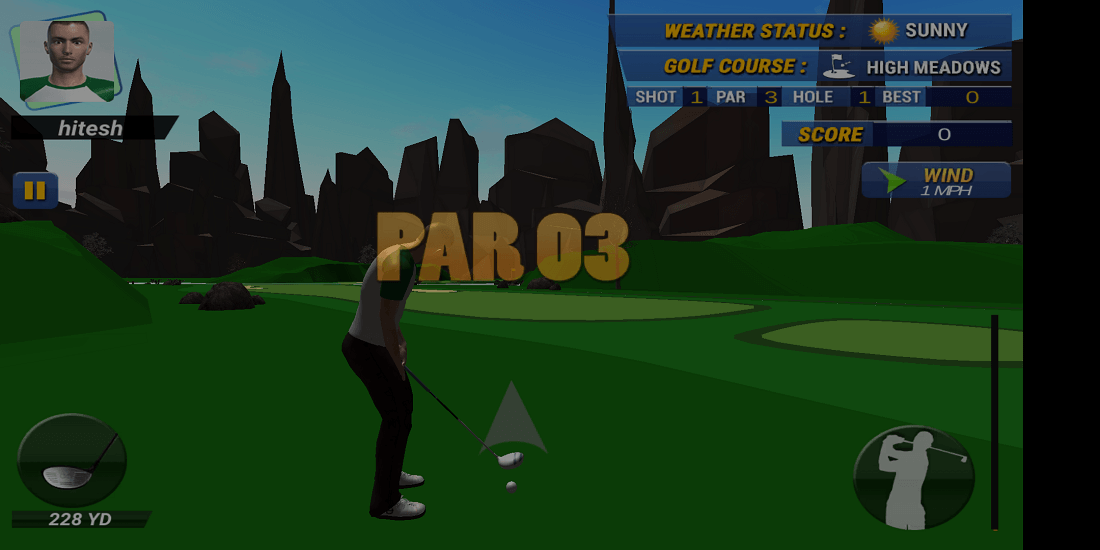 Graphics of this game can be a downside for some players, as the background and golf courses are a bit glowing. But the gameplay is perfect. All you have to do is tap and hold the button and release it according to the meter being filled to land a shot. Meter depends on how far you are from the hole.

Still, it is not that simple. You will fail if you put the ball in any water body. And also, perform the swing according to the wind speed. I wish this game would have been based on realistic graphics like Golf Star and WGT.

For a gamer like me, nothing can top the standards of WGT. The realistic graphics and gameplay are exactly what I look for in the games. Rest depends on your choice, whether you are looking for graphics or an online game or offline golf game. If you are only looking for a time pass golf game then Golf Clash is one of the best golf games for Android.