Badminton is a game which all of us have played almost once in our life. It is a very competitive game where you have to keep your focus or else you lose a point. This game is also played in the International Olympics which features summers and winter sports. For all the badminton fanatics we bring you the best Badminton games which you can play on your Android, iPhone, and PCs.

You can enjoy these games online as well as offline. These games are enjoyable and you will get to show your tactical and strategical skills to defeat your opponents. We have included badminton games of different kinds and each is filled with challenges and levels are also hard. So without more delay, let’s have a look at them. 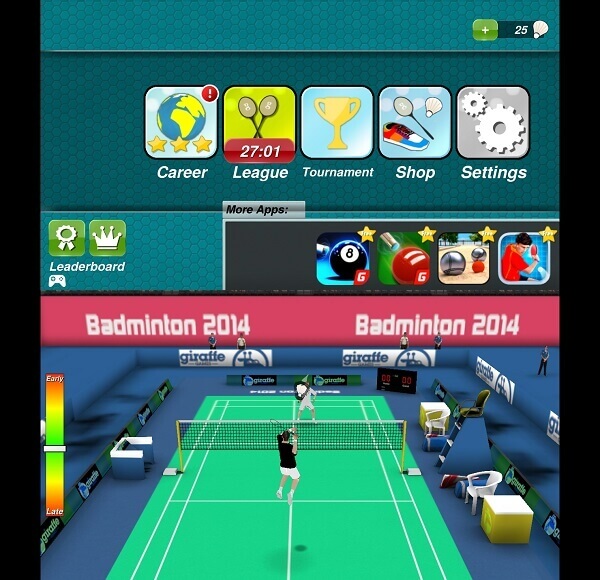 Play this entertaining yet challenging Badminton 3D game and compete with players from around the globe. This game has 3 modes to play form. You can start your training and then clear all the levels by earning stars in the Career mode.

In the Leauge mode, you will get to choose a country that you will like to represent in the game. You have to defeat the other players in different levels to reach the top. Moving ahead, it also has a Tournament mode where it offers a friendly match, World championship or All-Star tournament. You can earn trophies for each tournament by beating all of them and winning the finals.

The graphics of the game are decent and you will enjoy playing it. It also has easy controls, just swipe in the direction you want to hit. They have provided with a bar where you can hit a shot to the best timing by analyzing it. You can also buy rackets, shoes, dresses, and shuttles for your player from the shop in the game. 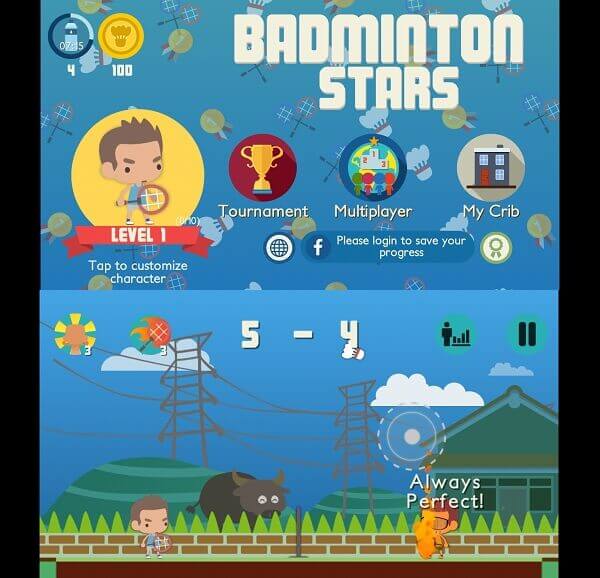 Unlike all the regular Badminton games, this game is really fun to play with cute cartoon characters. But don’t think it will be easy, it is as challenging as fun it looks. You can play a Tournament competing national and world players or have a Multiplayer match online. Defeat all the opponents and earn coins. The first player to score 5 points wins the match.

Inside the Crib, you can build an apartment and buy furniture, household items, electronics etc. to fill your house. All the items can be bought from the Shop in the game. You can also buy a variety of accessories and clothing for your player. It also allows customizing the player according to your desire. 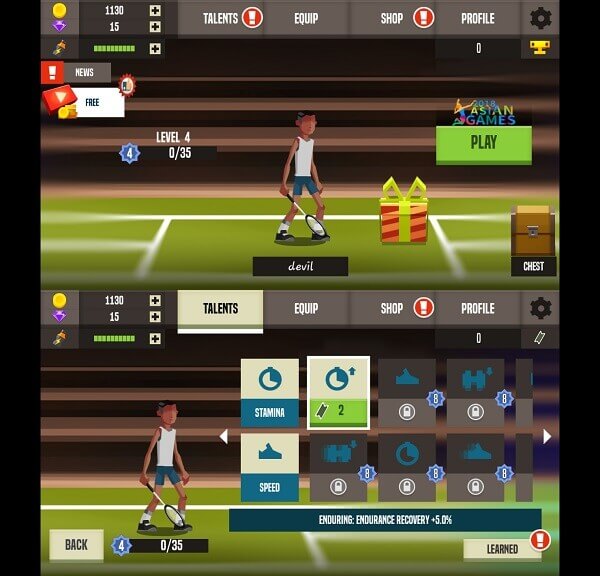 In this game you can hit amazing smashes to defeat your opponent. Here you can play a Match to earn rewards or Super series to increase your rankings in the game. It also has Tournaments where you can beat the competitors to make your spot in the top 16. 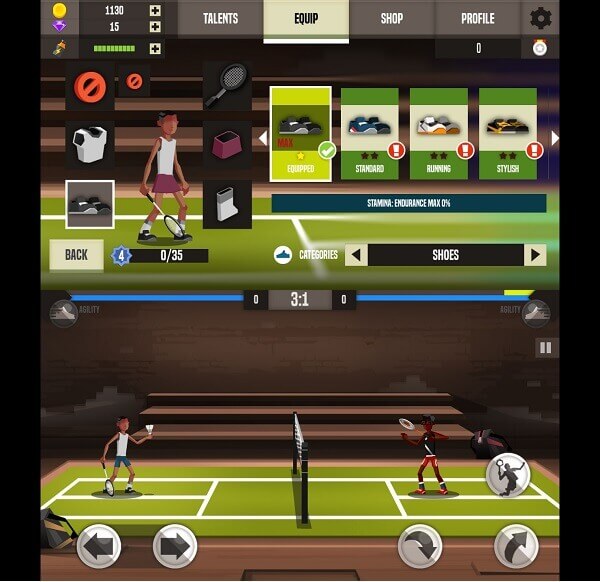 Apart from this, it also allows playing a 1vs1 match between you and your friends via Wi-Fi connection. You can also have the Training to improve your hitting skills. It also allows customization of the player with a variety of accessories. In the game, your player will have skills and talents which you can upgrade to improve your ability. 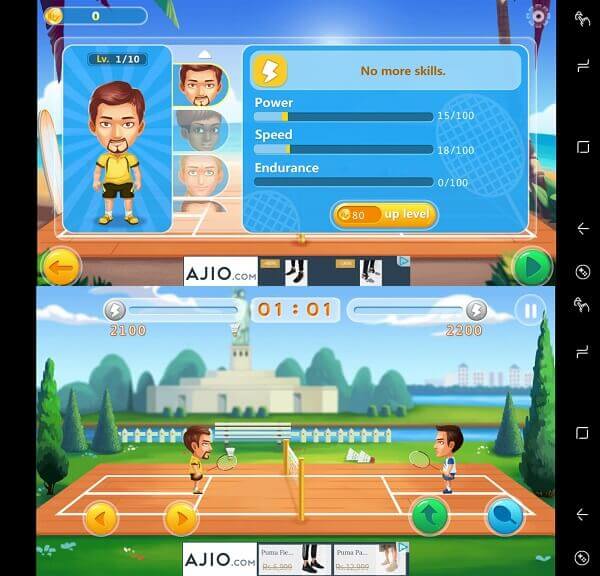 In this game, you can play badminton on another level. With 5 different players to choose from, beat all the opponents, clear the levels and earn coins. You can buy the players with the coins that you have earned in the game. All players will have different skills with which you can take advantage in the court. The skills will be activated when you fill the energy bar while playing.

As compared with the above game, this game differs in graphics and mode of gameplay. You can control the player, hit and use its skills with the buttons provided on the screen. This game has fun graphics and seems a nice and entertaining way to pass your time. 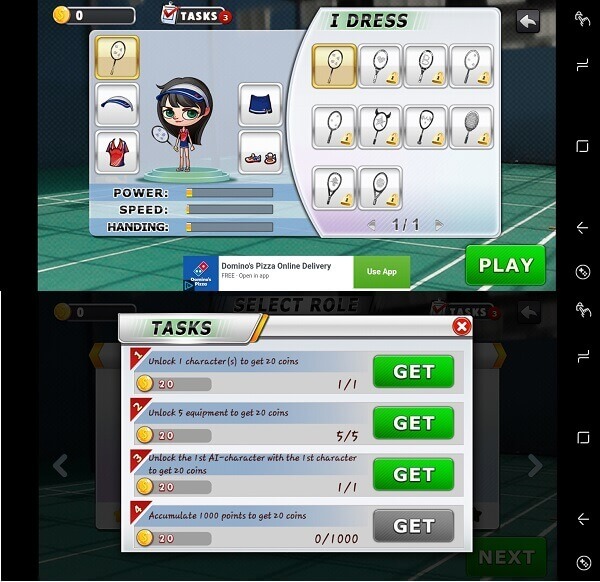 The gameplay of this game is similar to Badminton Star 2 and the controls are also similar. You can compete with the computer to earn stars and unlock new characters. There are tasks in the game that you have to complete in order to earn coins. As you will unlock new characters the level of their skills will also increase. Their skills can be used for gaining an advantage over the opponent. 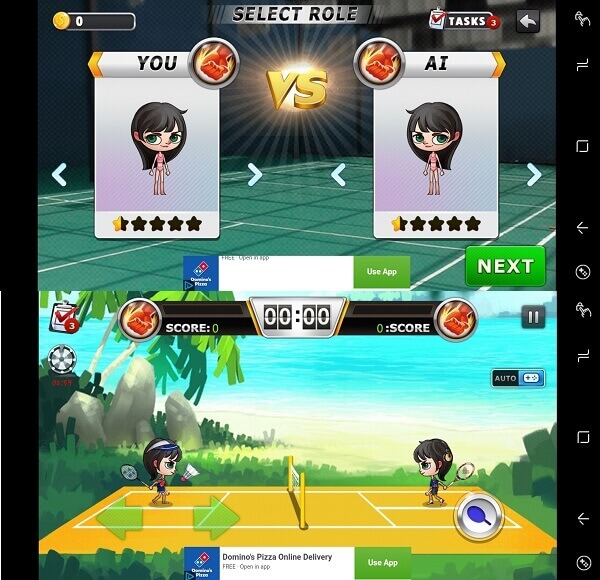 You can customize your characters and buy new accessories. Another feature available in the game is auto control. If enabled your player will move automatically and you just have to control the shots.

Play crazy challenging matches with players from around the world. This game is similar to the above one with almost all the similar graphics and gameplay. You can play two players and buy from the different badminton equipment. It can be played or controlled with on-screen buttons and your players will also have skills which could be used while playing. The only difference is that it is available for only iOS platforms. 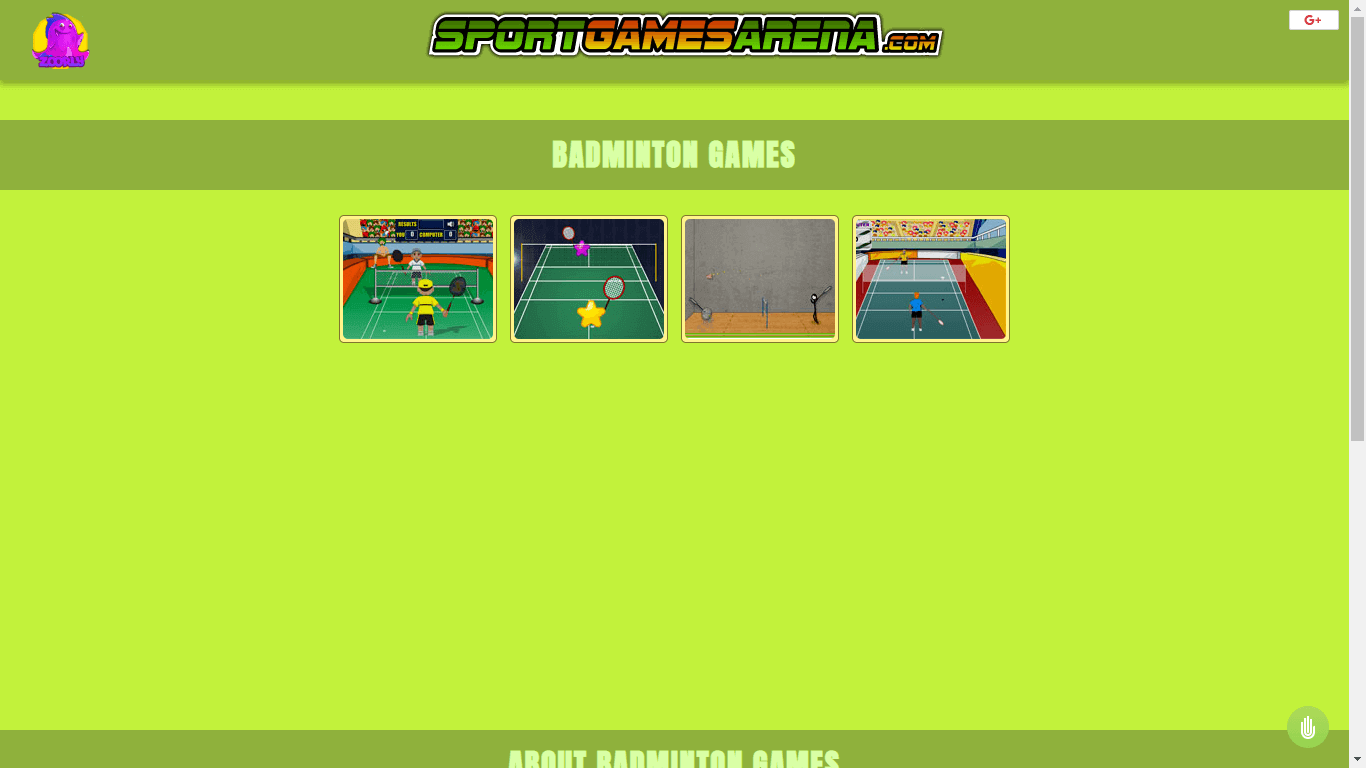 Sports Arena is a gaming website where you can play four different themed badminton games online. The games can be played on the web browser, it will require flash player to run it. You can play Supa Badminton, with a stadium-like background, where you will compete to beat the CPU player. It is played using the keyboard of the PC. Another one is Star Badminton, it has a simple background. And in place of players, the characters are colorful stars. You can play it in the same way as Supa Badminton.

In the next game, you can play with stick figures in Stick Figure Badminton and this is the best game among all the four games on the site. It can also be played in two player mode with your friends on the same PC. You can play vs CPU mode with mouse or trackpad and it really is easy, it works just with one hand. In 2 players mode, the controls will be on the keyboard for both the players at different sides.

The last game is Badminton Arena which is similar to Supa Badminton and the controls are also the same. Only the background and players animation are different. You can play these games which are really fun and challenging.

Play these games with your friends whether on your smartphone or PC. Each game has something different to offer, some have great graphics and some have easy to play methods. Go for the one you feel like and play anytime you like to improve your skills to defeat your opponents.