Motion detector apps can be of great use. It can come handy when taking care of pets, babysitting, and many more. You can set up your own security camera by turning your old Android or iPhone into an offline home security camera. All you need is your smartphone and a flat sturdy surface to place it so that it doesn’t shake. Let’s check out some of these apps.

Make Your Home Security Camera With These Motion Detector Apps

It is a home security app which will notify you in case of any movement recorded in the smartphone. For this, you will need a tripod or any solid surface where your phone can be placed with any camera angle that you want. 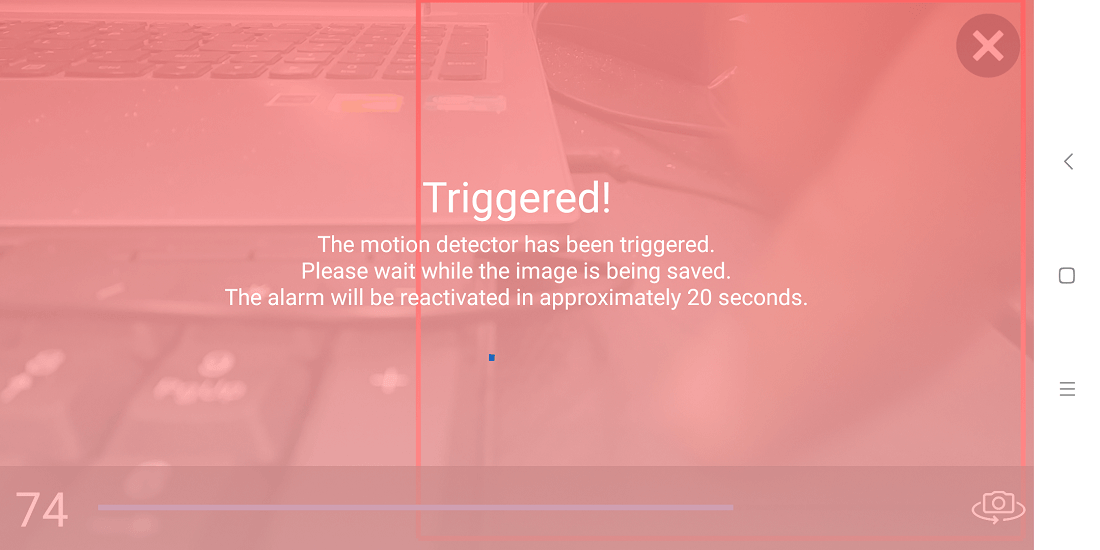 The camera or recorder will be in landscape mode. Set your phone to the perfect angle and tap on Activate alarm. After 10 seconds, your smartphone will start recording everything and the alarm will be triggered as soon as it records any movement.

Another free motion detector app for Android users. In this app, the recorder will open in portrait mode unlike the app mentioned above. Working is quite similar in both of these apps. Place your phone and the alarm will get automatically triggered if there is any movement. 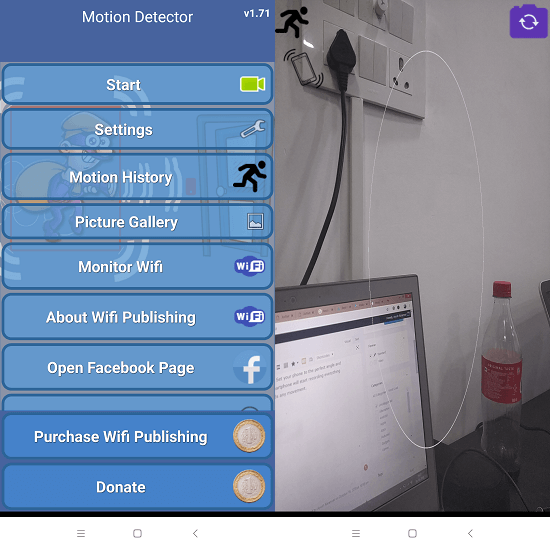 What makes it unique is its customization and settings. You have more freedom to explore in this app. Users can alter the block size, pixel threshold, shake sensitivity, motion rectangles, motion history, and so on.

Probably the easiest motion detector app in this list. There is no need to set up anything in this app. All you have to do is just launch the app and it will take care of the rest. Yes. you will need to place your phone on a monopod or something similar so that you don’t get annoyed with constant motion detection alarms. 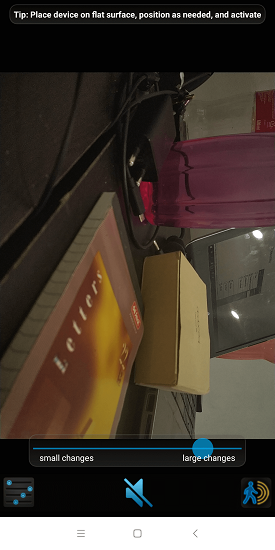 Additionally, you can alter the intensity to which the alarm will respond. You can make it to small changes which will make the alarm ring even at the slightest movement. Or you can set it to large changes where it will ignore small movements.

Working involves similar steps like placing the iPhone on a flat surface with the camera angle where you want to record movements. Any shake or movement will trigger the alarm. You can also install wireless sensors to connect the home to the smartphone. This app is a great way to turn an old smartphone into a good security camera video recorder. 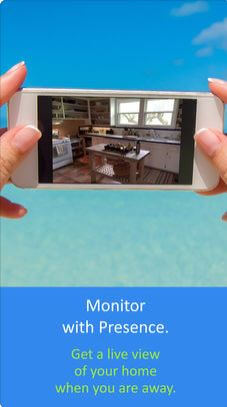 Although this is a paid app still needs to be mentioned because it is one the best motion detector app for iPhone users. It provides way more features than any other app mentioned in this list. 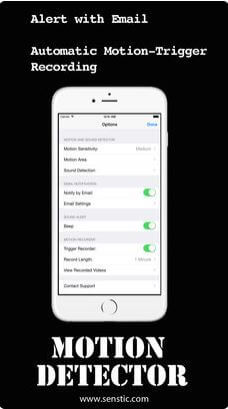 This app will also trigger an alarm in case of sound levels increasing. And the camera will automatically start recording as a sequence of images as soon as the alarm is played. Users can even receive alerts through emails if they want. It also supports night vision mode. You can customize the area on the screen for which you want to play an alarm in case of movement.

iPhone users might have guessed it already which is the best app for their operating system. No one can beat the features of Motion Detector for iPhone. And for Android users, Motion detector pro is the best option. It is smooth and simple, still works effectively. What’s your take on these apps? Let us know below in the comment section.