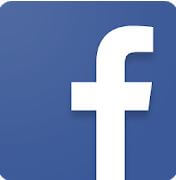 With more than 1 billion installs on Google Play Store, this app stands at the top of the list. This is one of the most used social networking app and website of all time. Using this app you can connect with your friends and know what they are up to. Share your status, photos, and videos with your friends and interact with them. And now, you can also buy and sell products in the Facebook marketplace in your local region. You can even use Facebook Lite if you have Internet connectivity issues.

YouTube has become the best platform to find new content in the form of videos. It can even be used for earning if you pass the eligibility criteria for Ads through your videos. Just like Facebook, this is also mostly used either on the website or the app which is available for every operating system. And if you have slow Internet seed then you can download YouTube Go which works perfectly in those conditions and provides almost all the similar features. This app has more than 1 Billion installs on Play Store. 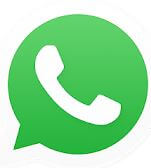 This is a messenger app used by more than 1 Billion users worldwide. Although there are many great chat and messenger apps like GroupMe, no one comes even close to the number of downloads WhatsApp has. The best part about this app is that it gets regular updates with new and amazing features such as story like status, stickers, and many more which always keeps the conversation interesting. 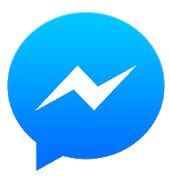 Talking about the messaging, how can we miss the Messenger app for Facebook in this list of most downloaded apps. To be honest, I don’t like a separate app for chatting, that is why I recommend Facebook Lite over Facebook as you can access your messages at one place without downloading any other app. But the Messenger app has some unique features like chat heads which makes it one of the most used messenger apps of all time with more than 1 Billion downloads. 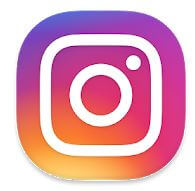 This is my favorite app on this list. And I prefer using Instagram rather than scrolling through Facebook posts. It is like a portfolio for professional photographers as well as for those who carry it as their hobby. And the platform itself has its own algorithms that boost your content if it is actually good. I do have one issue with this app which is the 4:5 crop ratio limitation while uploading images. And just like all the apps mentioned above, this one also has more than 1 billion downloads. 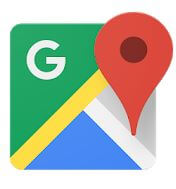 Another app in the 1 Billion downloads group. This app even ranks higher in iTunes. If you ask anyone then they would definitely call Google Maps as their go-to directions or navigation app. You can even download the map for a particular area and use it for offline navigation if you want. And when it comes to mapping accuracy, no one can beat the services of this app. You can even find gas stations, restaurants, stores, and much more using Google Maps. 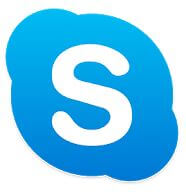 One of the most used app for video calling. This app is mostly used for video conferencing but also can be used for voice calling. Apart from video calling, you can also use their services for chatting purposes. It even allows sending images and videos, sharing the screen and many others. If you want to use Skype in low Internet connectivity then you can use Skype Lite which is light and faster as compared to the original app. But Skype Lite is only available for Android.

Skype for Android & Skype for iOS 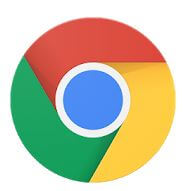 Best browser for every operating system including Android and iOS devices. The best part about using Google products is that you don’t need any 3rd party apps to sync all your bookmarks. Just log in with your Google ID and the application will take care of the rest. It is also one of the safest browsers because of Google Safe browsing which will notify everytime you are about to access any dangerous site.

Another Google product with more than 1 billion downloads. Although, Android users get this app preinstalled on their smartphones, which is not the case with iPhone users. This is surely the most organized email app which lets you receive and respond to emails conveniently. Google provides 15 GB free storage for storing emails so that you don’t run out of space easily.

Gmail for Android & Gmail for iOS 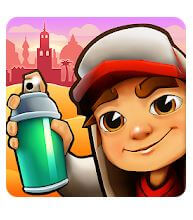 This is one of the most downloaded Android and iPhone games of all time. It has more than 1 billion downloads in the Play Store. Subway Surfers is an addictive game in which you have to run on railway tracks to escape from a policeman. While doing so, you have to dodge all the barriers coming in front of you such as moving trailer, stationary train, bogies etc. There will be several powerups which will let you earn more points in a shorter span of time. 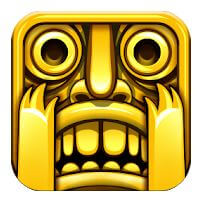 I used to spend hours playing it and is one of the most downloaded games on smartphones. As the name suggests, your main objective in this games is to run endlessly while you are being pursued by an evil monster. As you progress along with the game, you will face many barriers and you can dodge them by either jumping or sliding down. Make sure to collect as many coins as you can for the high score. 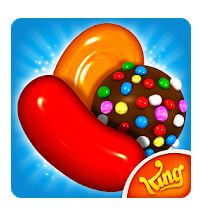 I never understood that why this game is so famous that it is downloaded by more than 500 million users. Anyways, it is a puzzle game in which you have to match the candies with the same color to earn more points. To be honest, it is much more complicated than that. But my guess is you already know about this game more than I do. 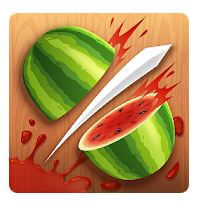 This is my favorite game of all time. Although I could not score reputation points in this one, still it counts. Your main objective in this game is to slice all the fruits in ninja style. Quickly perform combos to earn more points. The game feels really easy till 50 points, a bit difficult till 100, and absolutely impossible after that. But I am sure you can score even higher than that.

These were the most downloaded apps and games of all time with most of them having more than 1 billion downloads. All the apps and games are available for both Android and iOS devices. There is no surprise that you might be already using these apps right now. After all, they are the best apps and games ever.