Are you irritated of multiple identical contacts in your Android smartphone? If yes then use this article to learn how to delete duplicate contacts in Android and put an end to your misery. 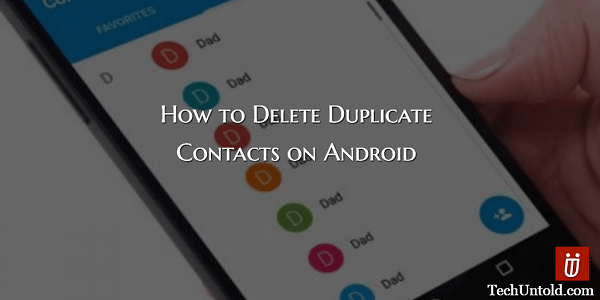 It’s something that is annoying but has a tendency to happen. It happens when you put in a SIM card into your new phone and then you notice your phone is full of duplicate contacts. This definitely makes things a tad more difficult when you want to call a certain someone.

You could try eliminating the contacts one by one, but that can take forever if you have a lot of them. You don’t have to keep putting off getting a new phone because you don’t want to deal with duplicate contacts issue. Some apps can make the process a whole lot easier.

An app that will help you to get rid of those duplicate contacts in no time is called just that, Duplicate Contacts. It’s free and waiting for you to download on Google Play.

The app is pretty straightforward, and the design may not be award-winning, but it gets the job done. After you download it, it’s going to show you the all duplicate contacts it found automatically. You will, of course, need to give it permission to access your contacts or else it can’t do its job. 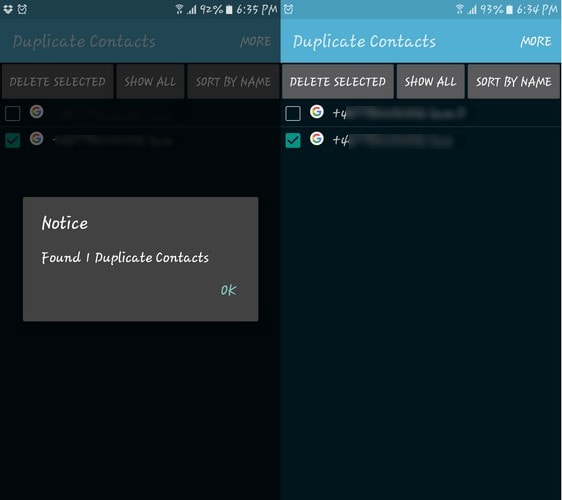 The contacts that have a check mark next to them are the duplicate ones. If there are some you want to keep for some reason, you can uncheck them manually. Once you’re ready to say goodbye to the duplicate contacts, tap on Delete Selected at the top.

The phone numbers are going to shown first and them the name. If you want to see them only by name, there’s a button for that too.

Suggested Read: Trusted Contacts: How to Share Location on Android without Touching Your Phone

The duplicate contacts you have are most likely the same person where one of them is only the Email, and the other is the phone number. To merge these contacts open your Contacts app and tap on more at the top right. 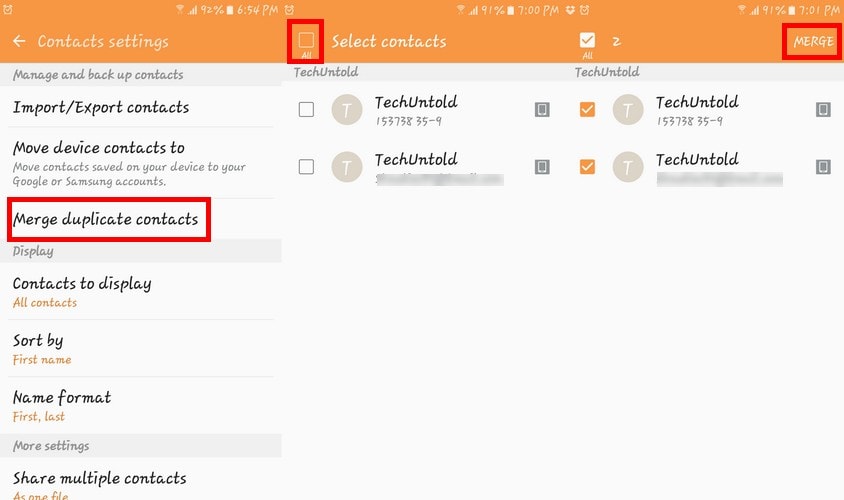 One of the options there should be Merge Contacts. Tap on that option, and you will now see a list of all your duplicate contacts. Select them all by tapping on the small box on the upper left-hand corner and select Merge.

Eliminate Duplicate Contacts from Gmail on The Web

If you want to get rid of those irritating duplicate contacts by using your computer, you can. Simply go to Google Contacts and sign into your primary Google account that is full of the duplicates. 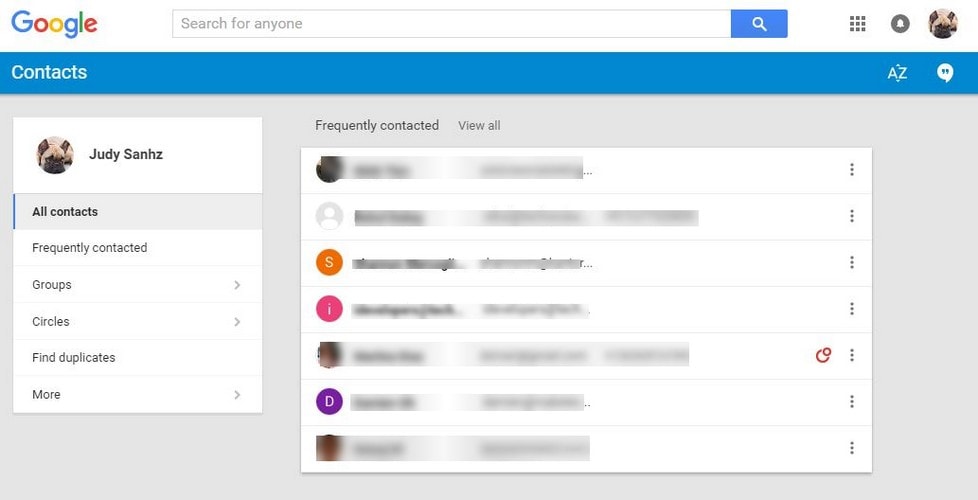 On the left, the Find Duplicates option should be right after the Circles option. Google Contacts will now show you all your duplicate contacts, and you will also see the Merge button on the top right. Click on that and no more duplicate contacts.

One last app you can try is Simpler Merge. It’s also free and can help you merge your duplicate contacts in no time. When you first open the app in the Contacts tab, you will find the Duplicates section. There you will see how many duplicate contacts, phones, Emails and Similar names you have. 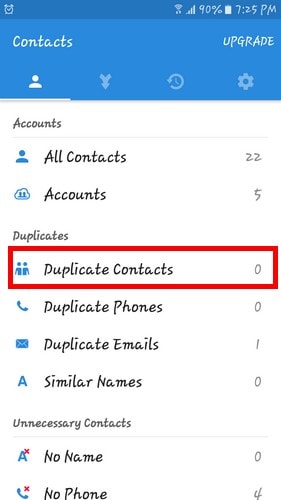 To the side of each option, you will see a number that represents how many duplicates you have. If you have duplicates, tap on the option and then tap on the Merge button and problems solved. It’s also as easy to get rid of all the other duplicates you may have.

The app offers more than just merging your contacts. You can see what contacts are the most used, the least used, which ones have no name, no phone or which contacts don’t have a phone or an Email. It’s also an excellent way to organize your contacts in general. There are some great features you will need to pay to use, but you’ll see if it is worth it for you.

No one likes getting duplicate contacts, but the good news is that they can quickly be removed with the apps and method mentioned in this article. It doesn’t take very long to erase them, and it can also be done for free.

Now, you won’t have such a hard time finding a contact, and your contacts app will look a lot more organized. In your case, how many duplicate contacts are we talking about? Do you have 20? 50? Let me know in the comments.