Strategy games not only challenges our minds but also tests our ability to face tactical skills, strategies, time and resource management skills. There are a number of games that you can browse and select from. But to ease your choices we present to you the best strategy games for Android that you can download for free.

Whether you want to see how good you are at a tactical level or how you face different situations where your decisions will matter in the outcome. In this list of Android strategy games, you will get all types of games that are not huge in sizes and are easy to play. 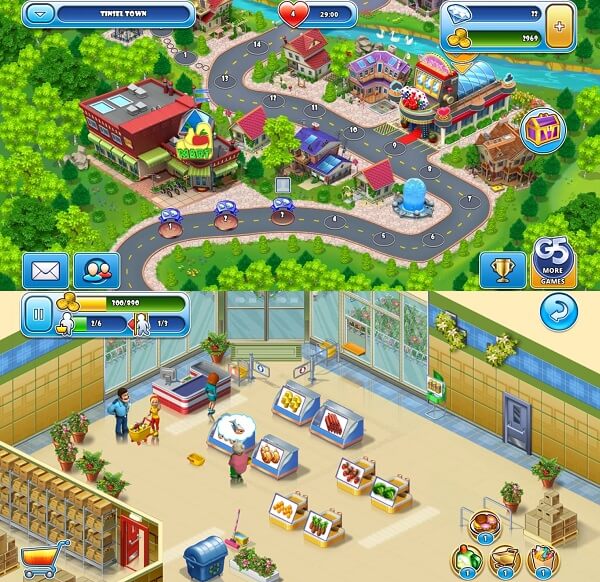 Help Nikki and the Mayor of the Tinseltown to strengthen the city’s economic development. In this game, you will have to run and manage supermarkets providing the customers their desired product. There will be various levels in the game with different goals that you have to complete in order to move ahead. Each level will be harder to manage and there will be new items and different customers to deal with in the Supermarket.

You will have to maintain stocks of different items in their desired places. In this game, you have to manage the time and strategize to handle your customers so that they should be happy. There will be a satisfaction meter above each customer which should not turn red or else they will leave. You can upgrade different items, decorations, and shops. These upgrades will increase the goodwill of the shop and allow you to manage the supermarket more efficiently. 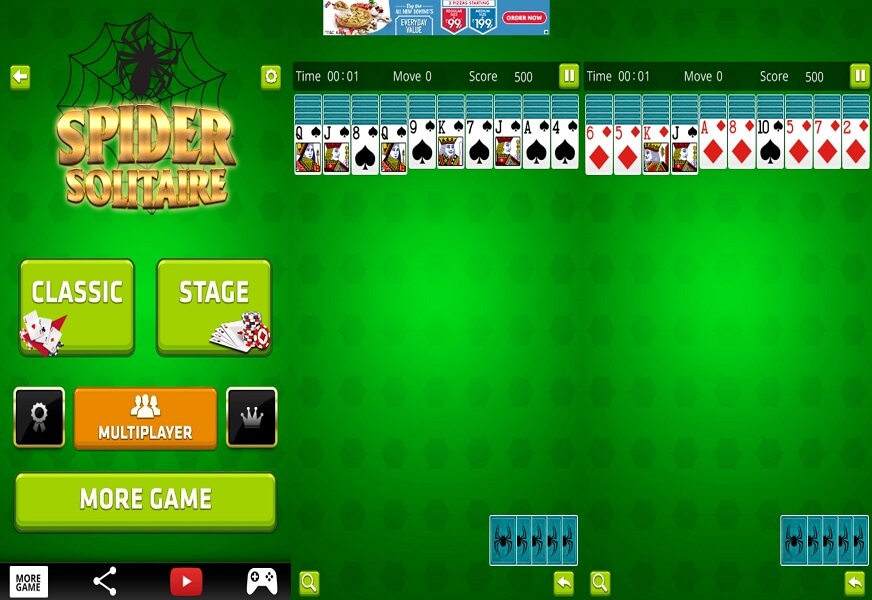 Spider Solitare is one of the oldest card games that we used to play in PC. The best part is you don’t need an internet connection to play this game. Now this all-time favorite game is available for your Android devices. In this game, your aim is to drag and drop cards to stack it from K-A(Kings to Aces). The game with minimum moves and time gets the higher score.

There are two modes in this game. Classic, where you have to bundle the same color cards in 8 stacks. In this mode, you can select the difficulty as per your desire, Easy, Normal or Hard.

Another mode i.e Stage will allow you to complete the same task but with different challenges and levels. Here you will get some cards already completed while you have to finish the rest of the stacks. There are also levels where there will be different color cards which you have to pile accordingly. 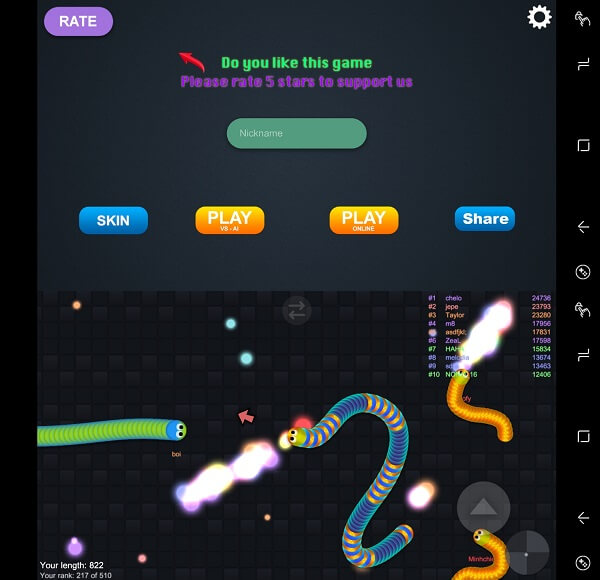 This is one of the best strategy games for Android that you can play both offline and online. Venom Angry Carshy Run is somewhere inspired by the Snake game that we use to play in the old Nokia bar phones. Here you have to navigate your worm and try to make it as long as possible. You can increase the size of your worm either by eating the tiny color dots in the screen or by consuming the energy of other worms once they die.

The thing that you have to avoid is getting in contact with other worms from the head side of yours or it will end the game. You can control your worm by swiping your finger on the screen accordingly. It allows selecting different types of skins for the worm and sharing the progress through social media. This game can be played Vs an AI or Online with players from around the world. 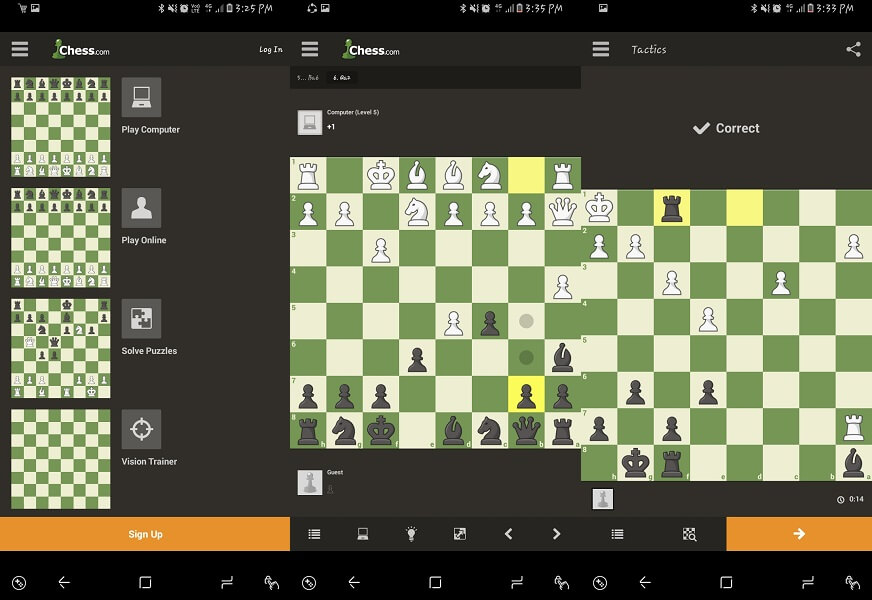 What can be the most challenging strategy game than Chess? It is one of the simple yet time-taking game. You have to play each piece by strategizing all the possible movements of the opponent. One wrong move and you might end up losing the game.

This game will allow you to both learn and play chess on your smartphones. There is an option to play a game with the Computer, Friends or Online. Apart from this, you can learn different tactics and methods by solving the puzzles and giving the correct answer. Or you can go for Vision Trainer to improve your skills. 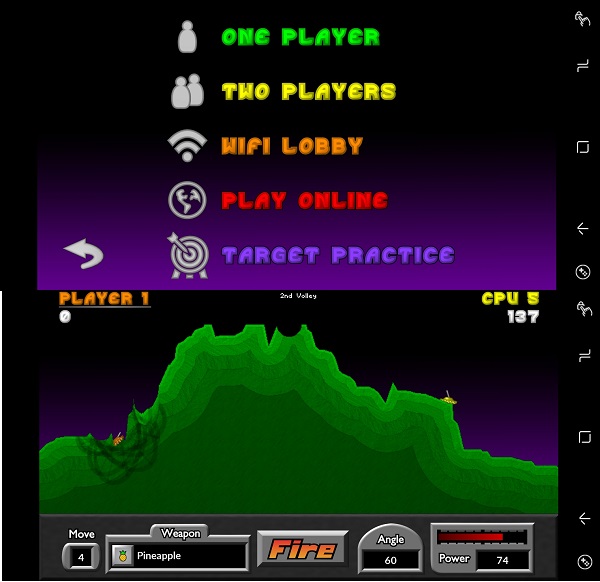 Have a one-on-one battle with your opponents and shoot aiming their tanks to finish them before they do. There are various weapons with different capabilities that you can select as per your desire or get it randomly. You have to make an angle and select the power to shoot the weapons.

Each weapon, if it hits the opponent, will help you earn points. The player who scores more points before their opponent will win the match. You have to strategize the selection of your weapons and delivery of its impact so that you can have an advantage over your opponent. This turn based strategy game can be played with two players in one device offline or via Wi-Fi or online. It also has a mode to practice your target shooting. 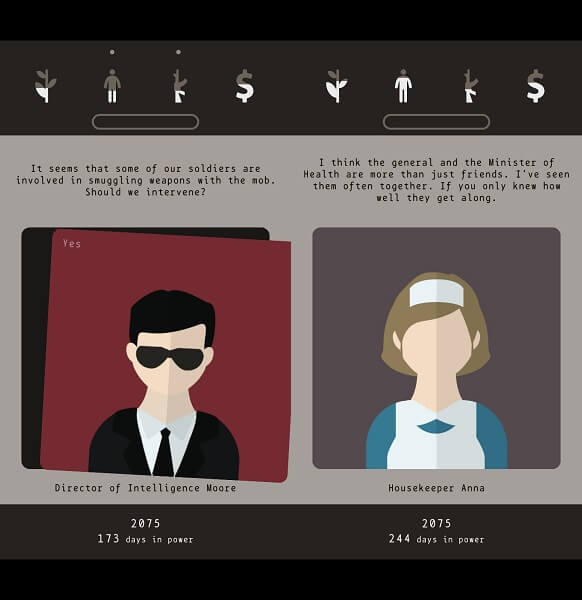 Help the nations that are left after the countless wars and lead them towards a safe future. Your aim in the game is to keep a balance between the four major entities of the community Plants, People, Power, and Money while racing against the time. There will be cards with different characters and situations that you will face.

You have to analyze and make the decisions as once a decision is made you cannot back down. The outcome of all the events will depend on your decisions. You will face situations where you have to choose in between the welfare of the people or increasing the money for the states and much more complicated situations. Under these situations, you have to select and strategize what you think is the best to maintain the balance among all. 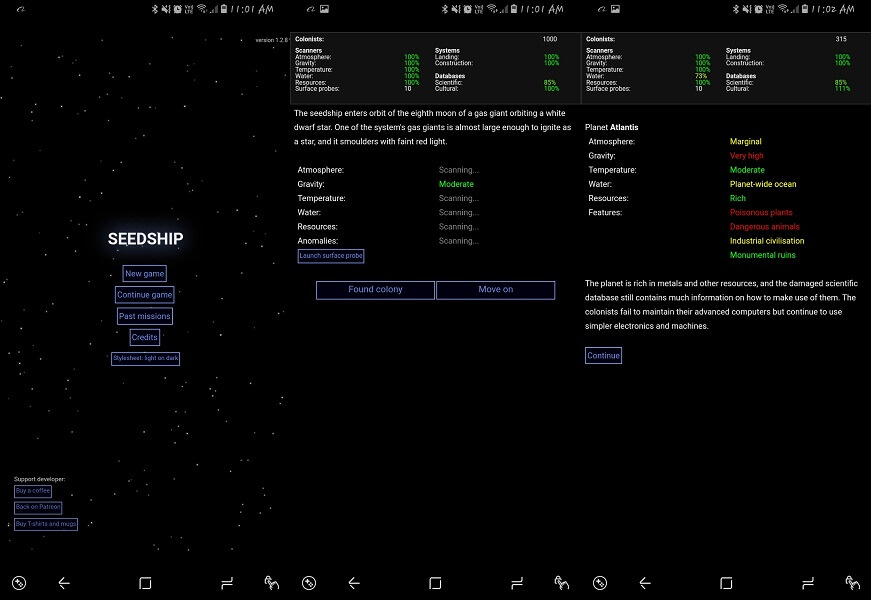 Just 1 MB in size, this is the smallest strategy game for your phone. The game is based on an AI ship filled with frozen colonist searching the vast galaxy for a new planet they can call home. All the information that you will get is random and you have to respond to that information to select the right planet where these colonists can start the evolution of a new human race.

This is a text-based game where you have to analyze and respond to the given data of different planets. You can use probes to scan for life on the planet you like or move ahead to search for more suitable ones. The aim is to score as much as you can by selecting the perfect planet and lead to sprouting new life there. 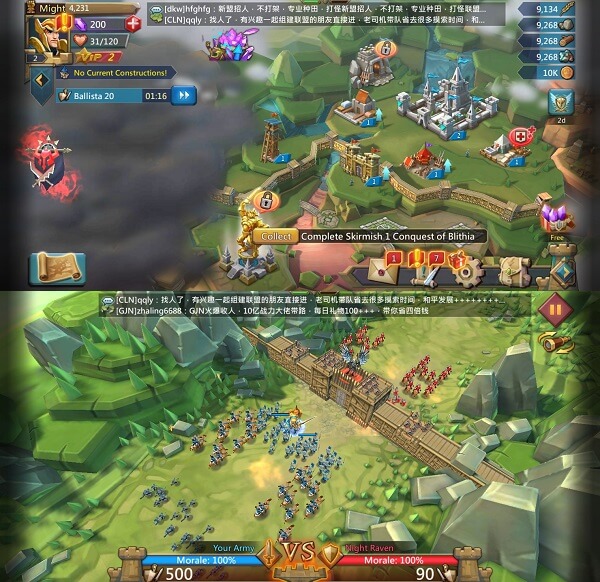 Become a Lord and defend your empire from the greedy kings who are taking advantage of the death of the Emperor. You have to construct troops, barracks, shelters, castle walls and all the required objects. There will be resources like food, wood, gold etc that you can collect. These resources will help you in building your kingdom and upgrading it.

In this game, you not only have to defend your territory but also take back the other territories that are captured by the evils. You can attack other territories by deploying your army and weapons. Train your soldiers and build weapons as per your preference and attack when its time. There are various levels and quest that you can complete to gain more rewards. 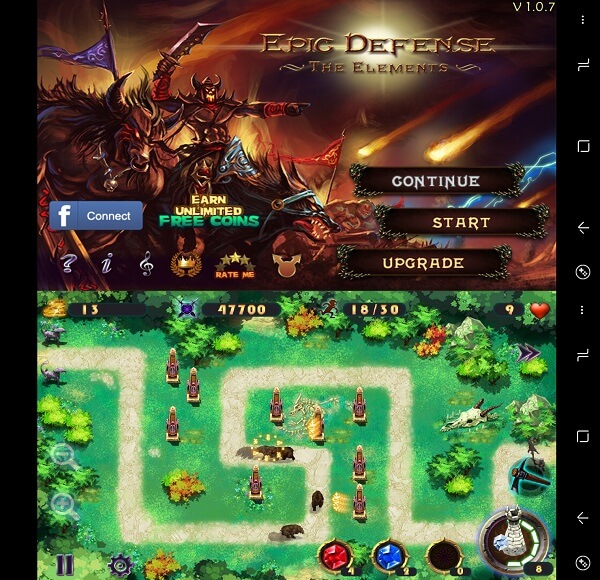 Defend your cities from the attack of the Orcs with the help of magical elements and their powers. It has two game modes and three difficulty modes to select from. In this game, you have to set up towers that will provide magical abilities. These towers will defend against different characters who are trying to sneak into your territory. You can drag the towers and set it up in locations where you think is the best.

There are various levels on the maps, each with multiple waves of orcs and their army. Once the given waves are defeated in the game, you will progress to the next level. You can also upgrade the towers to increase its ability to summon supernatural powers like volcano, lightning, and iceberg. In addition to that, you can fast-forward the game which will finish the game in quick speed. 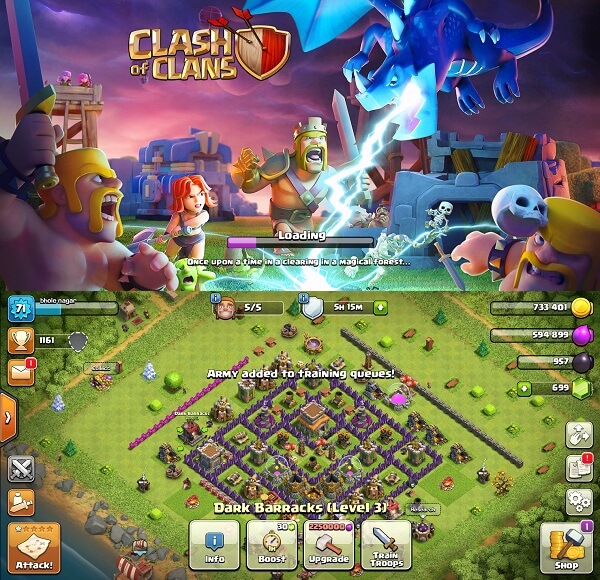 Clash of clans is one of the best online multiplayer game for Android that you can play. It is already famous among Android game lovers and doesn’t require any introduction. Here you have to build your kingdom, gather resources and train your army. You can use your army and weapons to both defend and attack villages. It allows upgrading your weapons, troops, and various defenses to improve their strength.

This game requires a well put strategy to set the layout of your village and defenses. You have to be prepared from the attack by other players. Or you can strategies your troops, weapons, and powerups to lay down a successful attack on your rivals. As it is a multiplayer game, you can join clans, create groups with your friends and challenge other clans members.

These strategy games are different in playing but the aim of all those is to strategize. You will get to face different complex scenarios. And you will require to plan or decide while keeping in mind what outcome you expect. All your decisions will decide whether the game goes to your side or not.

From the list, no doubt Clash Of Clans is the best, but apart from that, the game that I enjoyed are Pocket Tanks, Epic Defense, and Seedship. Seedship is the most unique game to play as it is a text-based game, there are no characters or animations.