If there is any gaming category that has the most loyal fans and following then it has got to be the role playing games. The player literally spends days and night to build up their characters and owning the gaming skills to progress along with these games. And once they complete that game; which by the way seems impossible, they switch to a different game in the same category. So, let us check out the best role playing games for Android. All of the games are free with in-app purchases (not required really) and some of them can also be enjoyed offline. 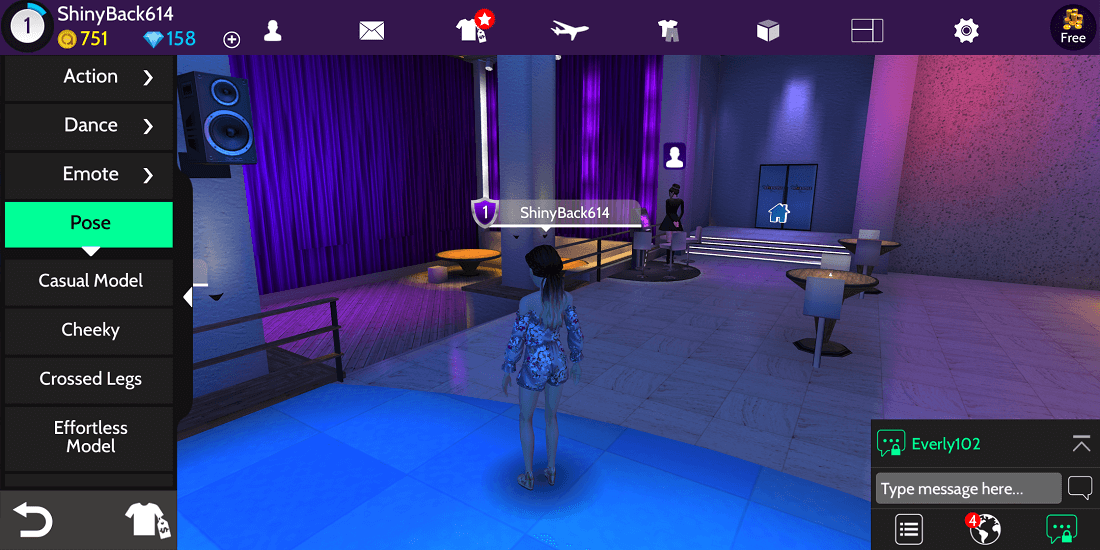 This is a virtual 3D role playing game in which players can meet with other players, chat with them and upgrade their wardrobe. Basically, you can do whatever you want to in this game which is not possible in real life so easily. Customize your avatar by buying clothes and buy new property or apartments. You can take part in various competitions like fashion contest and can even dance in the club.

For a new user, you first need to select the character and look from the inbuilt list. After initial loading, you can begin playing by buying your first apartment. Initially, you will get 1200 Gold coins which are more than enough to get started. After that, you can start interacting with other people by traveling to different places and socializing. 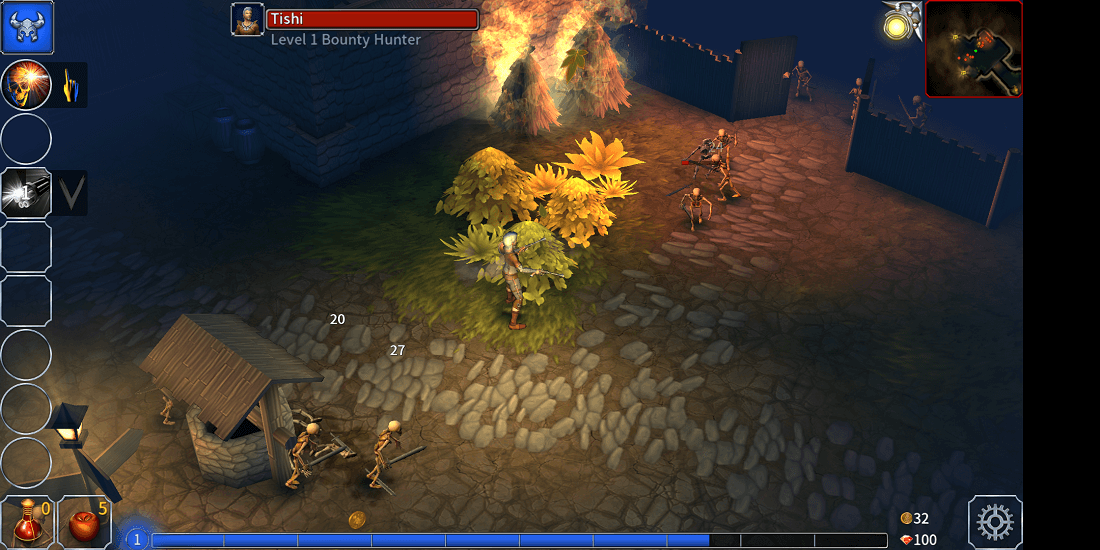 A cool action game based on an epic and medieval theme. In this game, you have to defeat the enemies while moving along the path. These enemies can be in the form of skeletons, zombies, dragons, demons, and much more deadly villains. Moreover, you can also play this game offline once all the internal content is downloaded successfully.

Initially, you will have to select a character from 3 given ones. These are Bounty hunter, Maze or warrior. All the characters are present for both the genders. And each of these characters has special powers and maneuvers which can be unlocked while moving along with the game and constantly upgrading. The best part about this game is its controls. You only have to tap where you want to move the character. Eternium will notify you every time when the new attack is unlocked. 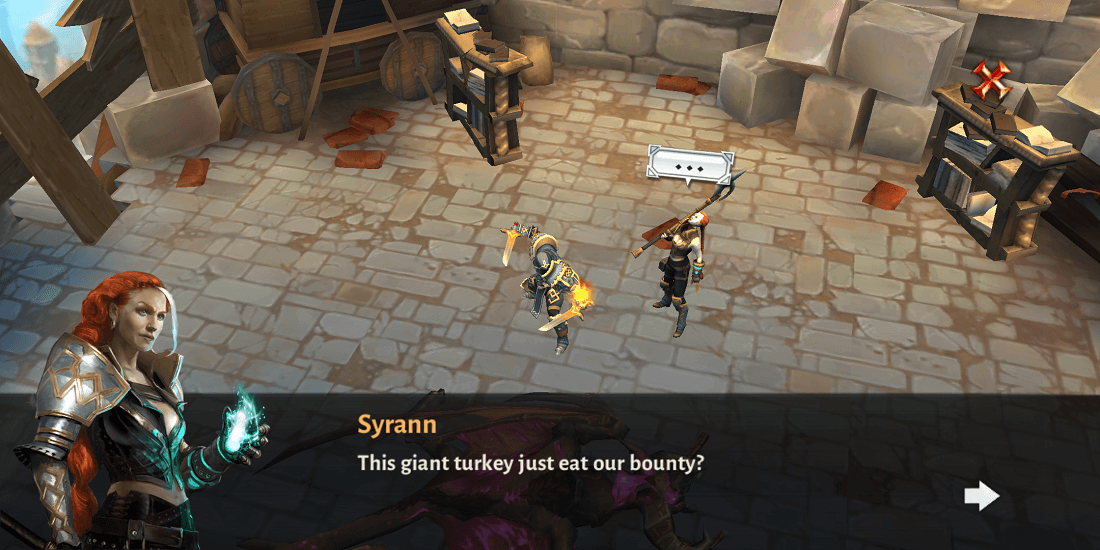 One of the best RPG games on the Android platform. This is an action based fantasy game in which you will be playing as a bounty hunter. Keep in mind that you have to download an additional 731 MB of data before you start playing. Your character will have to go through several enemies. And for the online gamers, this is a treat. In co-op multiplayer mode, you can play along with three of your friends and complete the quest side by side.

While moving along with the story, you can upgrade your armor and weapons according to your choice. And don’t forget to also upgrade your spells and skills which will become mandatory when surrounded by hordes of enemies. Dragons are my favorite to slay in this game. 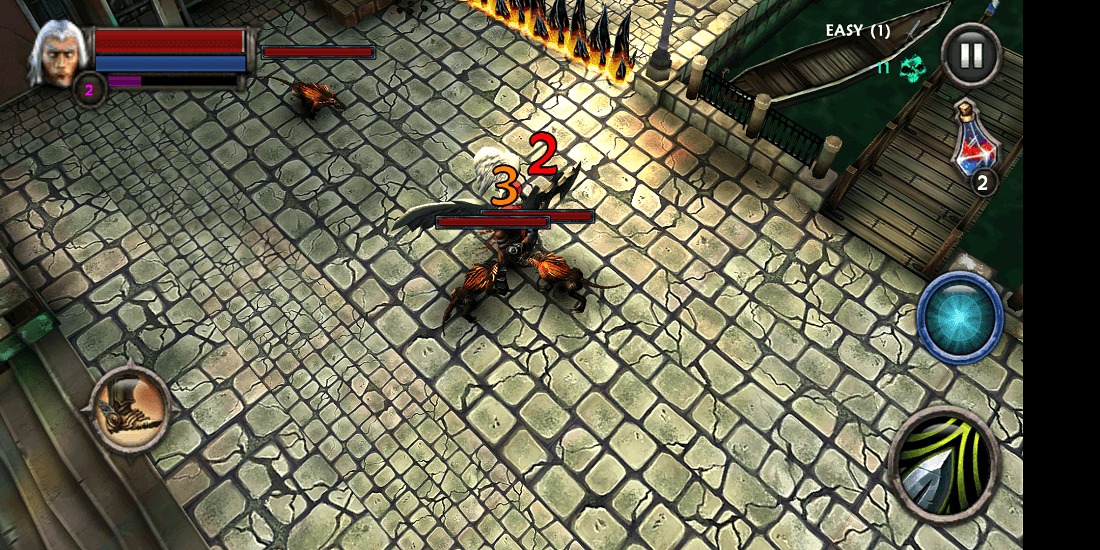 Unlike the games mentioned above, you don’t need any kind of additional files to start slaying hellhounds. In the starting stages, enemies or as the game calls them “hellhounds” are easy to smash. But later on in the game, their size, as well as their quantity, will start increasing. Basically, your character is an angel who is on his way to erase any demons in his path.

To overcome that difficulty, keep upgrading your weapons and spell to perform the maximum damage on them. Your level will automatically update when you keep killing them. SoulCraft can also be played offline. 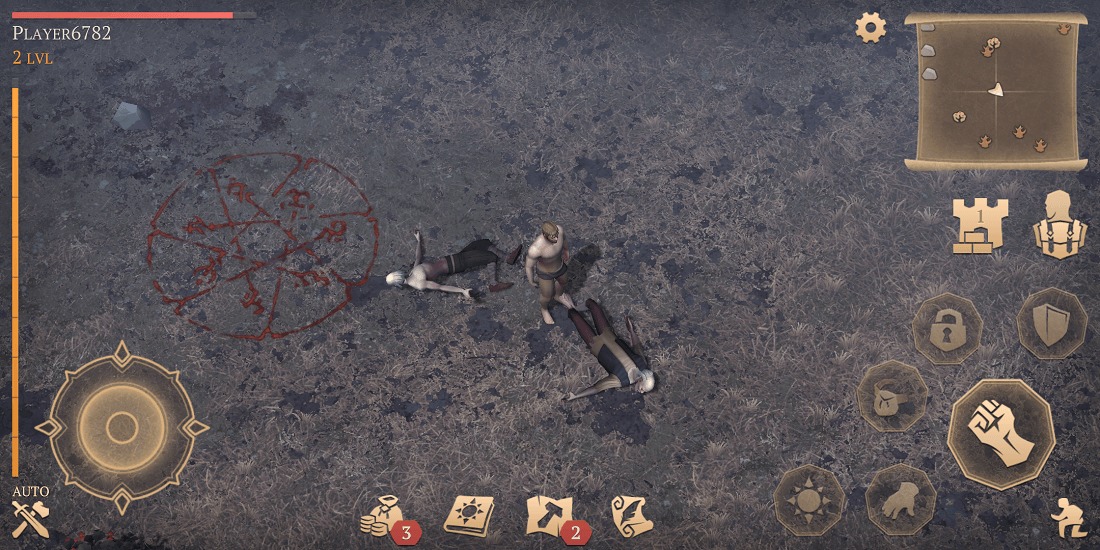 This is a survival based game. You can only survive by killing zombies and collecting materials to make weapons and make your own castle. You have to fetch as many resources as possible and also keep an eye on the inventory so that it does not get full. If it gets filled completely then you won’t be able to store anything more, neither craft any weapons using them.

To be honest, it is not easy even at the starting level. And till the time you figure out that you need wood and stones to make an axe, your character would have died many times. And the most important part about this game, do not go in the fog otherwise you will face issues in searching for your own castle. 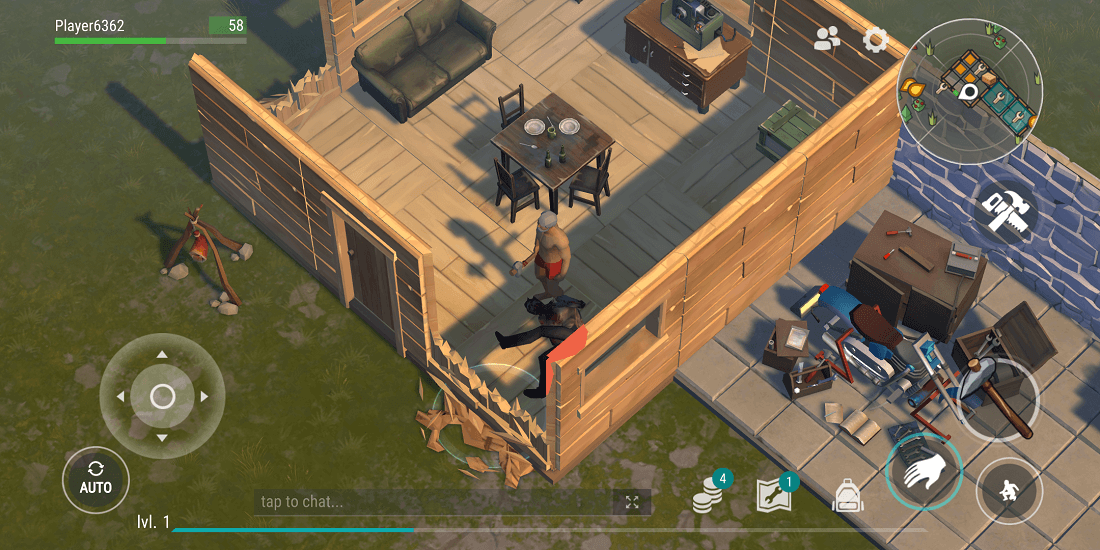 This game is similar to Grim Soul in many ways. These both are survival games in which the player has to kill zombies and build a shelter and protected area. Also picking resources and making weapons is also the same. But the graphics and gameplay give this game the upper hand over the Grim Soul.

While this game has a pleasant vibe, the Grim Soul is more towards the dark side. Protect your home and your property from the deadly intruders. Keep collecting resources so that you never run out of weapons to attack. 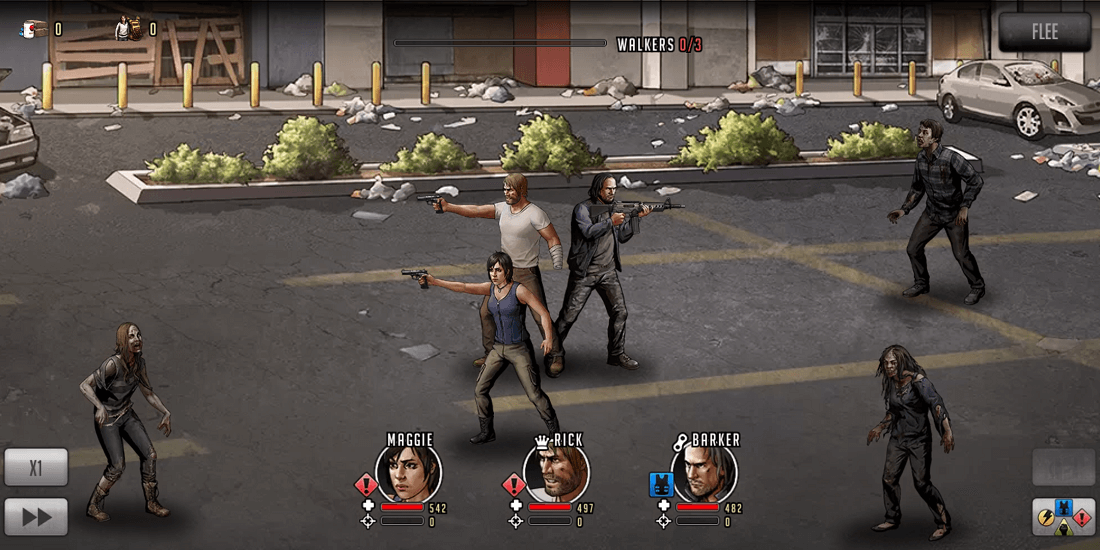 If you have watched the TV show then you must have dreamed of playing this game. Killing zombies and saviors by playing in the role of Daryl, Rick, Maggie, Glen, Carl, and many more. Although, the storyline here differs completely from the original show. Well, to be honest, the storyline also differs between the show and the original comic. So you are the judge.

Coming to gameplay, controls are pretty easy for this kind of action game. Killing multiple zombies and saviors is really simple. Just tap on the firing button multiple times and the wave will be kept clear. But it gets difficult in the later stages. 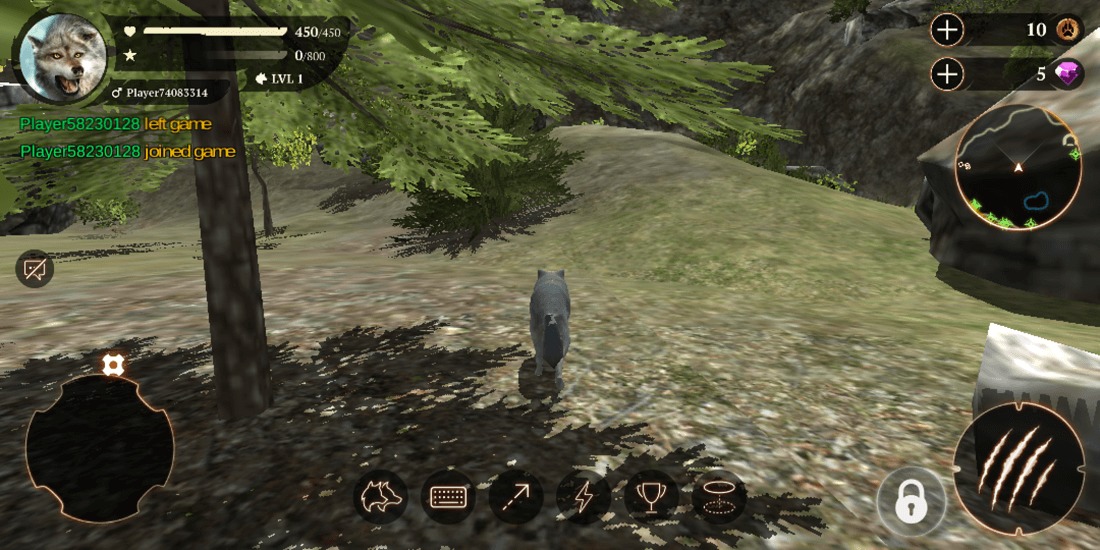 After you completely understand the gameplay, you can easily begin upgrading skills and attacks. There’s a lot to explore in the open jungle kind of the environment. Personally, I felt that this game has better graphics than any of the games mentioned here. And the best part is that it is a co-op game. You and your friends can finally have a wolf gang. 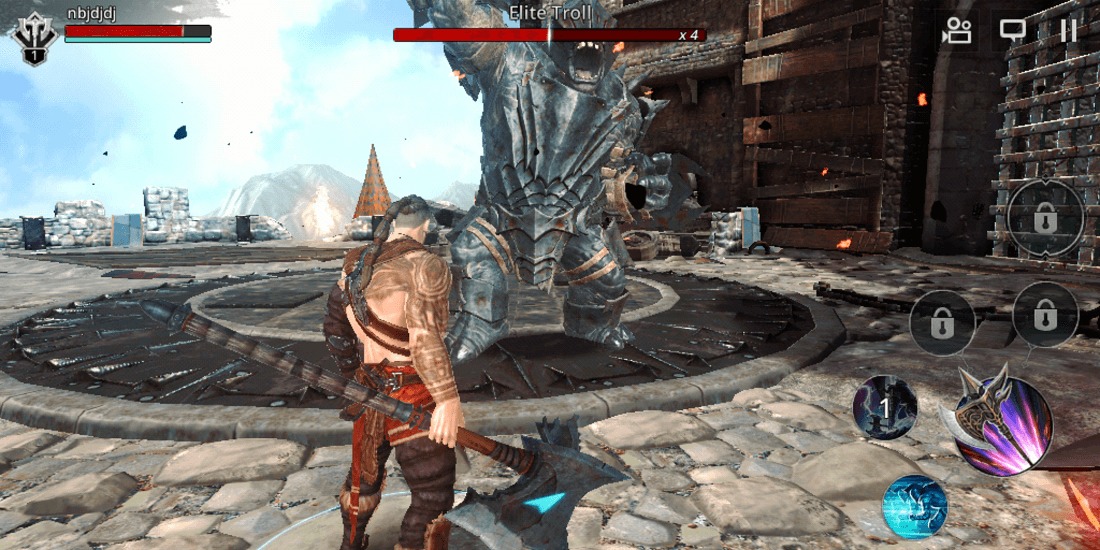 You can play this best RPG game for Android as a guest or by logging in through Facebook or Google account. This is probably the most action-packed brutal role-playing game. Users need to install 200 MB of additional data before starting this game.

Your role or character is from a storybook which you are following. Complete chapters by making your way through demons and slay all the monsters which come in the Boss stage. Coming to controls, you have the left cursor to move the player around and multiple buttons on the right to perform a different kind of attacks and spells. 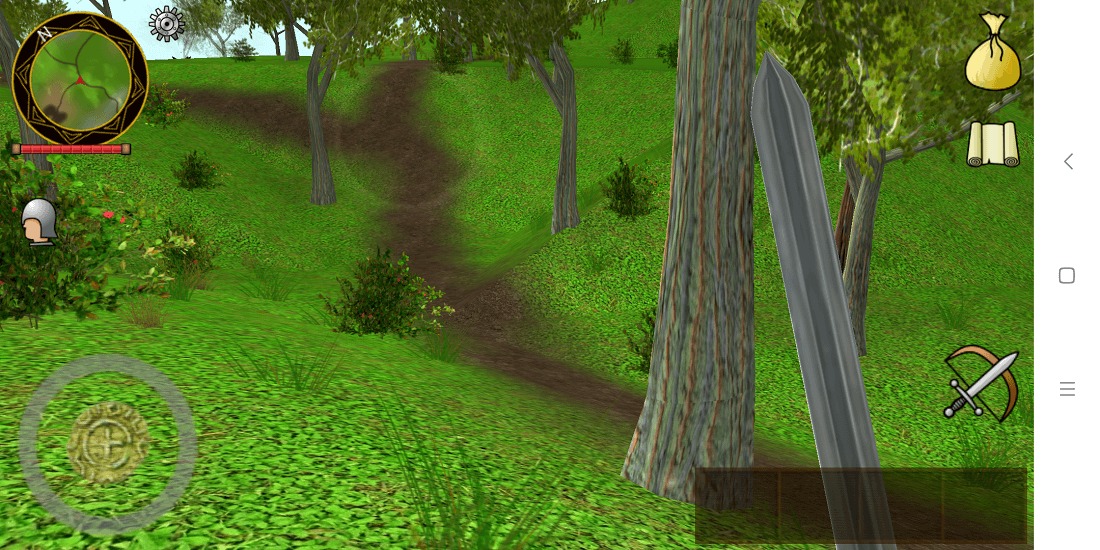 Who doesn’t like an old-fashioned role playing game? In this game, you travel to a past time in which you will hold a sword in one hand and shield in the other. Initially, the control and movement are so messy, but once you play enough, it will be like a piece of cake.

You can go anywhere on the map because it is the open world game. Which means, there are countless possibilities here. What makes it different from the rest of the games is the first person perspective while all the other follows third-person perspective. If you have ever played Skyrim, then definitely, you are never going to uninstall this game from your smartphone.

Out of all the best role playing games, these are which I have selected. And if asked a single favorite, then it is going to be Dungeon Hunter 5. Which one do you play? Let us know in the comment section below.