Discord is surely the undisputed champ when it comes to a communication platform for gamers. Millions of people have been using Discord, and most of them don’t even think of moving to any other communication tool. And why would anyone want to leave Discord? Because almost every feature that is required by a gamer to communicate with other gamers is provided by this platform. But even then, there may be some people who are looking for Discord alternatives. And it may be because of the privacy concerns as your messages on Discord are not encrypted with end to end encryption, or maybe because of the frequent drop in voice call quality on Discord. And there can be other reasons for moving away from Discord.

That is why we decided to come up with 4 VoIP Discord alternatives, and we’ll discuss them in this article. And why did we come up with only 4 apps? Well, that is because unlike other blogs, we don’t want to mention basic project management tools as the alternatives for Discord. The platforms we have mentioned in this article are specifically designed for gamers. So let’s get it started.

Like Discord, Overtone is a free voice chat app to connect gamers from all over the world. The interface of this app is quite similar to Discord’s interface. And that is understandable as both the platforms prioritize gaming community. The one advantage Overtone has over Discord is its Voice quality. The communication on Overtone is powered by Vivox, which is well known for its quality. You can very clearly hear other members on the voice call because of its amazing quality. Other than the voice call, you can also communicate with other gamers over text messages, group chat, and social chats.

On Overtone, you can invite other members to make them join your team or party. A team includes members who play games together and want to stay connected for a long time. However, a party serves a short term purpose. You can create a party to play a particular game and include members in that party who have a similar objective in mind.

Above all this, you can directly chat with the developers and give them feedback about the platform. This helps them to improve the functionality of the app based on your reviews. And in return, you get the testing badge in your profile with the early access to Overtone’s new features. 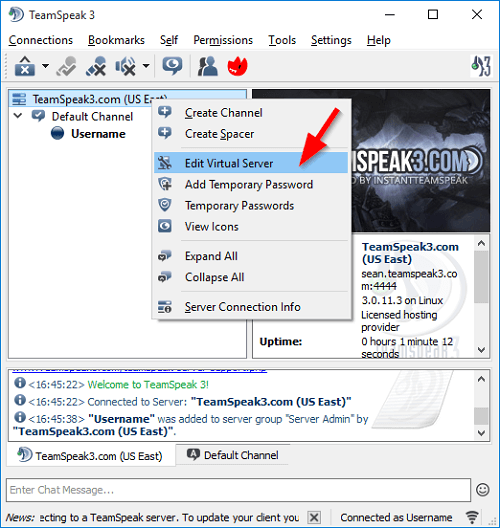 TeamSpeak 3 is an old player when it comes to VoIP (Voice Over Internet Protocol) software. Because of this same reason, the popularity of TeamSpeak was more for a long time. However, Discord came into the market and started taking over its user base. The reason why people left TeamSpeak 3 for Discord, is the attractive and very easy to use user interface. TeamSpeak 3, on the other hand, has a very old and unattractive interface. Although, getting access to every channel and voice chats is much easier in TeamSpeak 3.

Also, it is important to note that Discord is completely free software, which means it doesn’t restrict its users in any way. Whereas TeamSpeak 3 only offers 32 slots for its free users, and there are annual pricing plans to increase that limit. With that, the mobile app for TeamSpeak 3 is also paid. The prices aren’t that high, but the app also has some problems, mainly with the interface. The interface for the app is not that smooth and attractive, also it is not that easy to operate.

That being said, if the end to end encryption and good voice quality are really important for you, then you can surely go with TeamSpeak 3. The interface is disappointing, but it is also fully customizable. Although, that does require some work and extra efforts on your behalf. 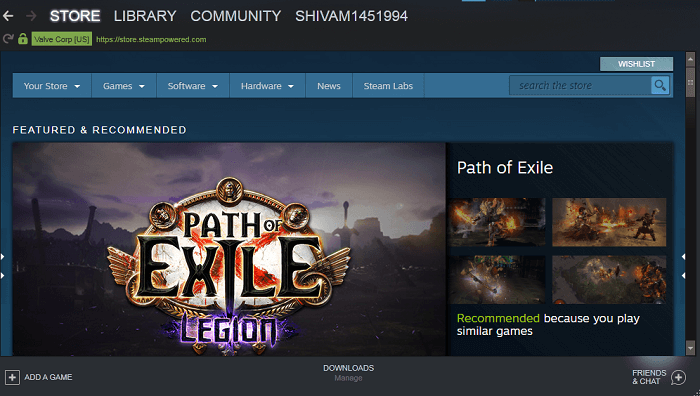 Steam Chat is a well-known platform to discover and buy new games at the best price. But by introducing the chat feature, Steam Chat entered the competition to be the best VoIP platform. But how do they compare? Is Steam Chat is really worth your time? Well, it is for sure, or else we wouldn’t have mentioned this app in our list.

The user interface of Steam Chat is very user-friendly and it looks attractive, quite similar to Discord’s UI. You can create a group chat, which is just a type of Discord server. Your friends can be added to the list for quick access to their chats. You can create an invitation link to send it to your friends and ask them to join Steam. However, if your account is new, then you’ll not be able to send invitation links for a while. This is just a preventive measure to avoid spams by Steam Chat. But you can have your friends send an invitation to you, and you can accept the invitation to add them to your friends’ list. Also, you can connect your Steam account with Facebook to see your Facebook friends who are using Steam Chat.

The procedure to add new members to the group and assigning them with different roles are almost the same with both platforms. Also, Steam Chat is just starting out in this sector, so it lacks a lot of features like text to speech, and screen sharing. And these features are really popular and are completely free on Discord. But that doesn’t mean Steam Chat isn’t a worthy opponent. The newly updated voice chat system in Steam Chat keeps your chat encrypted and gives if not better then at least similar voice quality to Discord.

And now about the mobile app. Its a great app like Discord for iOS and Android as the user interface of the Steam Chat app is very simple yet effective. The app works smoothly and the navigation is really easy. You will find the options to see your friends, look at recent chats, start a new chat, and start a new group chat on the same page.

The Steam Chat started out really great and it is still evolving. So if you want to explore something other than Discord, then this might be a good time to start with Steam Chat. 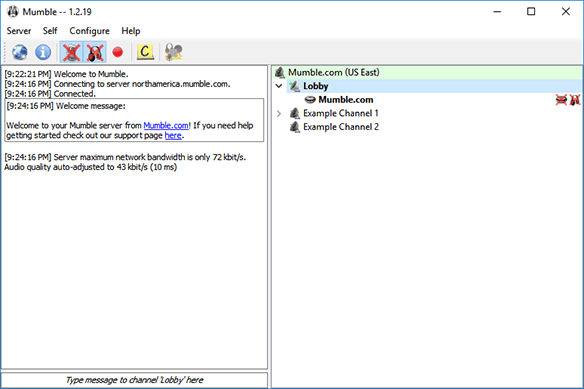 Mumble is our last VoIP alternative to Discord on the list. This software is completely free and open-source, which means you can play around with the software if you have some coding knowledge. However, the features in Mumble are quite limited, like you can’t screen share on Mumble like you can enable screen-sharing on Discord. Discord overall is the best gaming VoIP tool out there, but Mumble isn’t also that far behind. This software is also giving good competition to Discord in terms of security and voice quality. The voice quality in Mumble is far better than Discord’s voice quality. Moreover, you can also record audio on Mumble, which isn’t possible on Discord without using any third party services.

The interface of Mumble is quite hard to understand if you’re a noob. But if you have some knowledge in the regards to coding, then Mumble can work fine for you. That being said, if you’re a beginner, then you might get confused with the navigation on this software.

The encryption makes your privacy much more secured, which is a must if you’re moving away from Discord. But Mumble, for a lot of times, is criticized for its bad connections. The connections between sessions get lost quite frequently. But the software has some advantages too. Similar to Discord, the push to talk feature in Mumble enables you to send audio only when you want to send it. So you won’t miss that feature after moving from Discord to Mumble.

The mobile client for Mumble can get a bit confusing at first, but you can get the hang of it after a while. And once you get comfortable with its interface, then you’ll realize how good this software actually is. But if you want to use a VoIP with little or no efforts, then sadly this software isn’t your cup of tea.

So, these are the best 4 VoIP alternatives to Discord. The VoIP tools discussed in this article are not the best gaming communication platforms out there, but they can surely serve as a good alternative for Discord. If you’re someone who is using Discord for a while now and want to try something different, then you can at least give these alternatives a try.

Shivam is a blogger who is always fascinated with the technology and the amount of knowledge he can gather from the internet. He is trying to nerdify everyone around him with that same knowledge, through his writings.