There was a time when fighting games used to be on top in all of the gaming genres. But because of tremendous app sizes and mandatory internet connectivity, they started fading away. But still, these games provide a unique rush and satisfaction when you beat your opponent by KO or simply by destroying their health. So, if you want to enjoy them without the internet then try out these best offline fighting games for Android.

Fighting Games For Android That You Can Play Without Internet 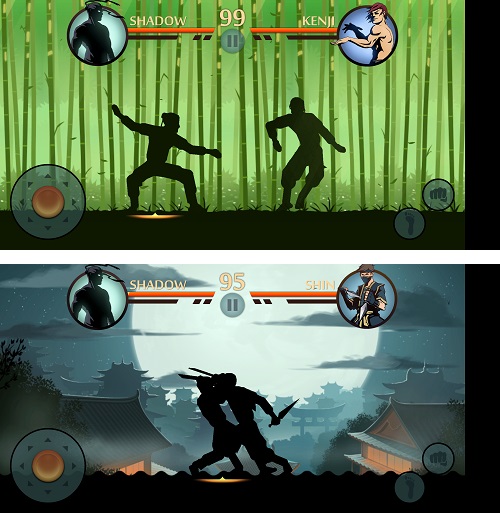 This game is based upon the Ninja and Martial arts fighting theme. All the characters involved in this game are shadows or you can call them silhouettes.

In the training and initial stages, the player will only be using fists and kicks for combat. All the combat movements and the background music will give you Martial arts feel instantly. After completing the starting stages player can also use weapons such as Swords, nunchucks etc. which can be used as deadly maneuvers against their opponents.

Combats are not fast paced in the starting but slowly builds up towards the end. It is not just about tapping madly on the screen, you have to time your attacks accurately to win. 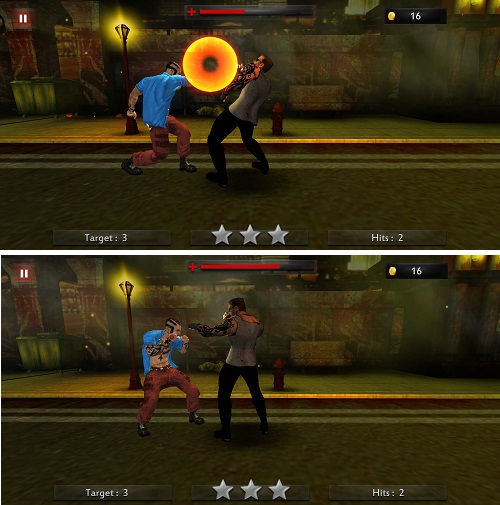 Who doesn’t love a simple street style brawl game? I am not sure if the game idea was taken from the movie itself.

The intro to this game is so cool. Your character landing from the helicopter and just kicks a guy in the face who was trying to charge at him. Basically, Player has to defeat every opponent who comes in their way. Fights are organized on a street in which enemies can come from any direction.

This is an easy game as compared to other offline fighting games for Android. Combat moves will be performed by swiping and tapping on the screen. Keep upgrading yourself to unlock new potentials. 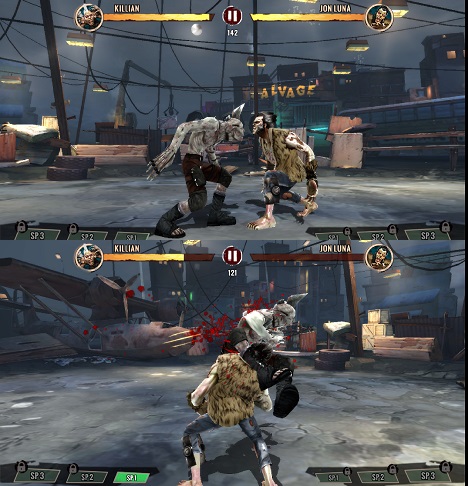 The app will be installed by the name Deathmatch when you download this game from Play Store. All the characters involved here are Zombies. This is a violent game where you will get to see a lot of blood, Beheadings, and whatnot.

Fill your Special attack bar by hitting your opponents again and again. Once it is filled, you can now use it just by tapping on it. 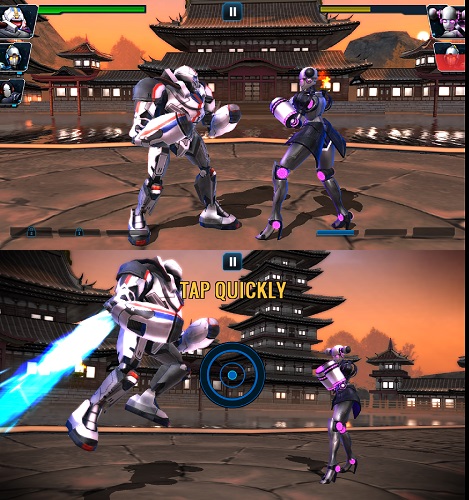 In this game, you will most probably rely on fast-paced combat movements rather than strategy. The fight is between battling robots just like in the movie “Real Steel”. And not just one robot, it is a 3 vs 3 Tag match.

Coming to attacks, you can either execute a light melee or a heavy attack. The player can defend their robots by blocking the opponent’s attack. Other than blocking, you also have the option to use special attacks which can be only used after activating special attack meter.

You can equip new battle robot along with the game’s progress. Robots also have some pretty dope entrance and animations. 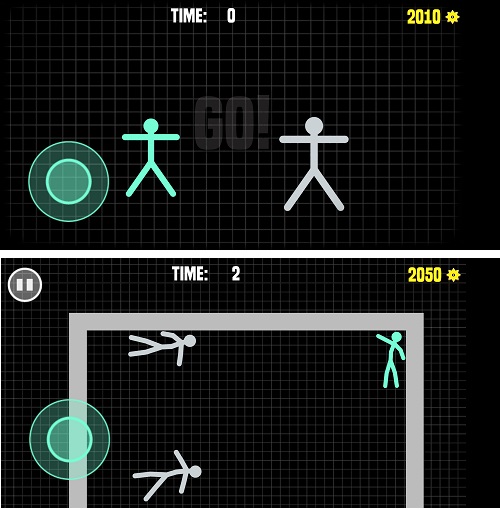 Stickman games are awesome. Try any stickman game and you won’t regret it. They all are unique, funny and amazing and Stickman Fighting is no exception.

Gameplay is quite simple. You only have one control which is a joystick. Use it to move around on the board. Hit your opponent with any body part when swirling around. Try to avoid using the head as a weapon because you will also lose some amount of health while doing so.

In the starting round, you will be facing only a single opponent but later on, they will start increasing by number and also in size. It seems like a simple game but is really challenging. 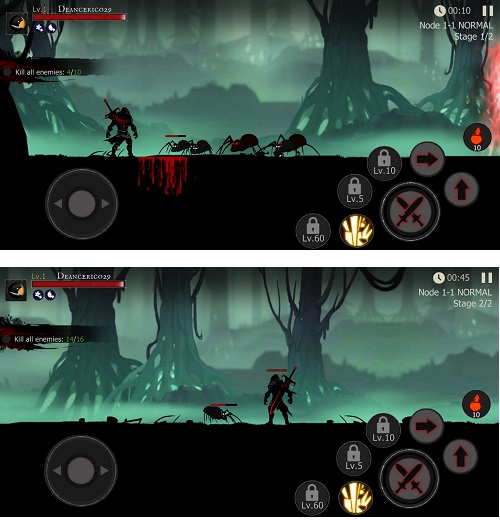 I always wanted to play a game like Samurai Jack. This one made my wish true. Although it is not exactly the same still it reminds of that show.

Your character is a hooded shady warrior who never reveals his face. He has a long black sword with blood on it. Controls are easy. You can perform simple sword attacks as well as High power attacks which massively impacts everyone around you. Also, there’s an option for moving fast forward in the air which can be used as dodging or for just moving faster.

You will be facing a lot of spiders and fire-spitting plants whose quantity and size just keeps on increasing as you move forward with the game. This game has an overall dark look which makes it so thrilling. 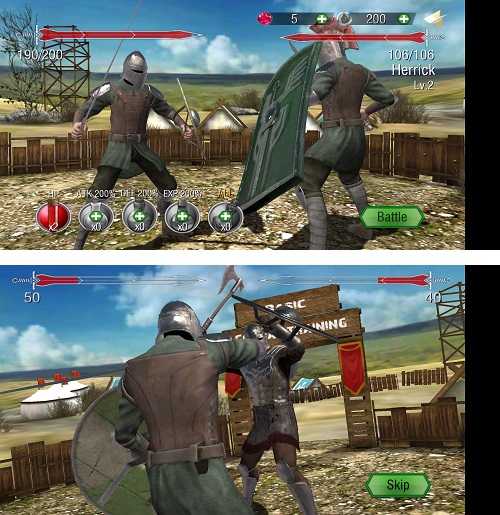 For just 18 Mb, you can not get a better 3D offline fighting game for Android than this one. You must be thinking that visuals will be poor for such a short-sized game, but that’s the not the case. In fact, the graphics of this game is what sets it apart from other competitors.

I really loved the Third person perspective in this game. The camera angle is from behind your player’s back which gives a realistic view.

Controls are provided in the form of buttons on the screen. Tap on the shield to block any kind of attacks on you. Move left and right to avoid heavy attacks or just an innovative way to surprise your opponent. Perform sword attacks by swiping in any direction. You can also choose different weapons later on in this game.

Shadow of Death is undoubtedly my favorite game from the list of Android fighting games.  Now, let me know yours down below.