Waking up can be hard. Especially when most of us spend our nights just browsing and surfing on our smartphones. Though there are multiple alarm clocks available in both Android and iTunes market, yet they are not enough for heavy sleepers.

For them, there’s an extra requirement which can either force or motivate them to get out of the bed. Or at least make them put extra effort so that they can shut down the alarm ringtones. So check out these best alarm apps for those people who want to wake up but are not able to.

Best Alarm Clock Apps That Can Wake Up Anyone 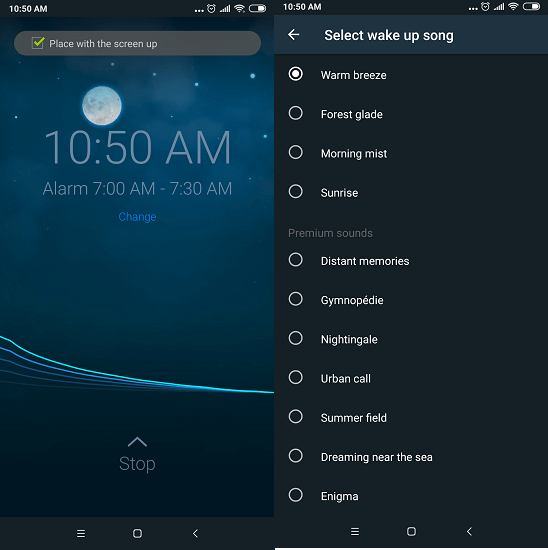 This alarm clock app is available for both Android and iPhone users. The sleep cycle is an intelligent alarm clock that recognizes your sleep pattern by analyzing all of your movements using sound and vibration while you are sleeping. Through this mechanism, it finds the perfect time at which the user is in light sleep. And on the basis of the sleep pattern, the app suggests the appropriate alarm time at which the user is usually in light sleep.

Selecting and setting up that alarm time is totally dependent on the user’s choice.  The only drawback with this app is the battery consumption because the app will be working the whole time you are sleeping. So, make sure to connect the charger before going to sleep. 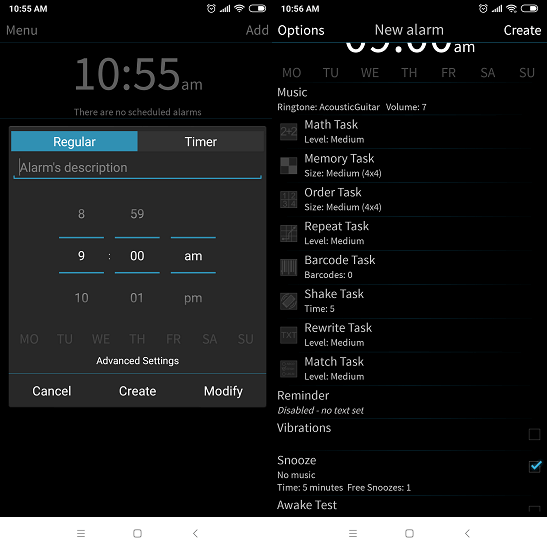 One of the most annoying alarm clock app which was specifically designed to get the heavy sleepers out of bed. Hitting snooze or turning off the alarm is one thing, but performing a certain task to shut down the alarm is a whole different scenario. This app offers various tasks such as scanning a barcode of any product that you own, matching various cities to their countries, and the maths calculations. These are more than enough to wake up a deep sleeper. 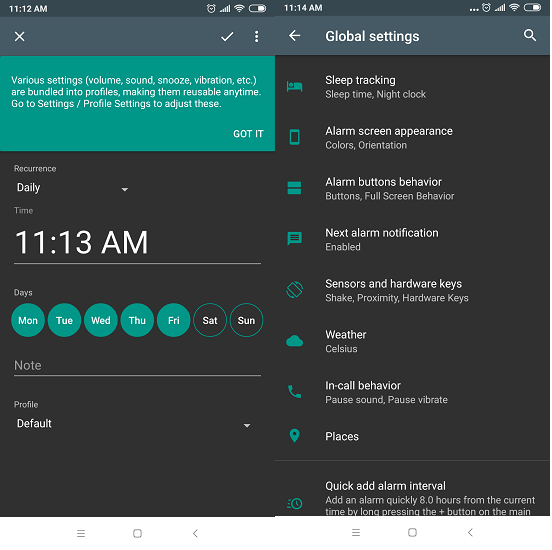 This is a free alarm app for people who are not sure how to wake up to an alarm when in deep sleep. The app offers various features in terms of multiple alarms, alarm tones, scheduling the alarm based on calendar events, and math problems solving in order to turn off the alarm. And it also provides other challenges like barcode scanning, QR code scanning, entering Captcha, and many more. It even offers Android wear integration for smartwatch users. 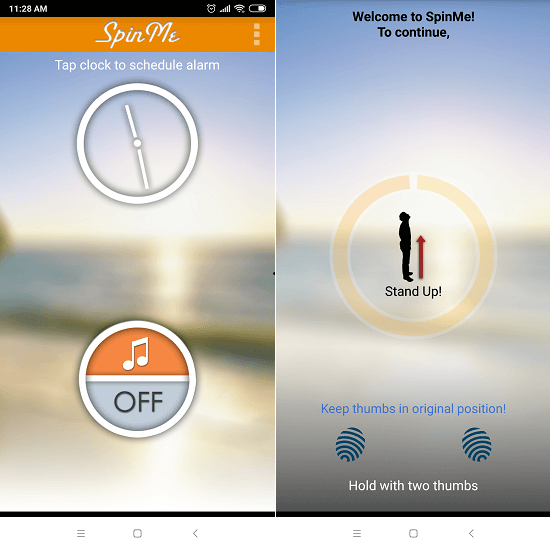 Probably the best irritating alarm for Android and iOS users. Their motto is clearly to wake up the sleeper anyhow. In order to switch off the alarm, users need to press and hold both the thumbs on to the screen and spin around twice while standing up. When the meter is filled, the alarm sound will be turned off. The app says to spin twice but sometimes it can take more than that. 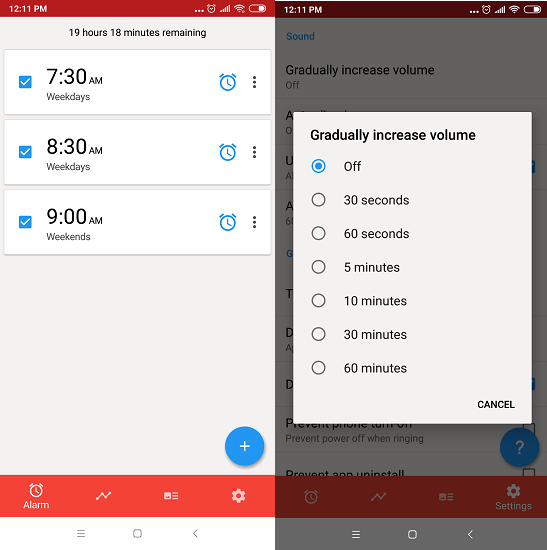 Sleep till late if you can with this app. This is probably the most used loudest app right now available on both Android and iOS platforms. Just like many other apps mentioned here, it also features math problems for stopping the alarm. And it offers many of the best alarm tones. These alarm tones are loud enough and can easily wake a heavy sleeper. 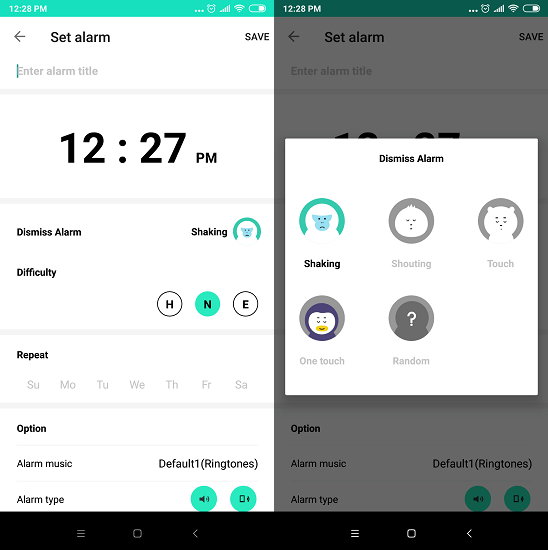 This is a smart app which requires a bit different approach to shut down the alarm. As the name suggests, you need to shake the phone, not yourself, to turn off the alarm. The only drawback with this alarm clock is that it does not include as many ringtones as others. But you can always set your music file as your alarm tone as per your desire.

The app specifically designed for iOS users only. It offers some crazy features like automatic alarm rescheduling, sleep time suggestions based on your own sleep cycle, the loud alarm sounds that you cannot avoid, and other alternate alarm methods including mathematical calculations, spinning 360 degrees, captcha, and many more. It can be said as a single app in iOS which covers most of the features mentioned individually in the above apps. 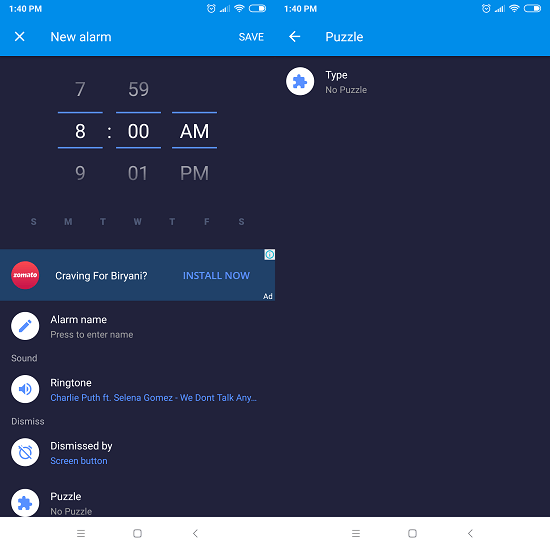 This alarm clock plus stopwatch and timer is available in two versions one of which is free and the other one needs a premium amount to use. In the free version, you have multiple options to dismiss the alarm by shaking the phone, solving a puzzle, or simply tapping on the screen or volume button. Apart from that, users additionally get Stopwatch and timer features too which can come in handy. 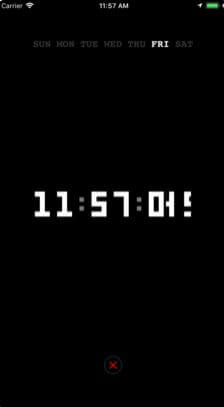 Best loud alarm clock for iPhone users. This app is specially designed for those users who can not wake up from a simple alarm clock. And what makes this app unique is the sleep sounds. Basically, it has some soothing sounds that can help you to sleep. Sleep early to wake up early. App justifies its name by providing some loud alarm tones (noise will be a better term) like Car horns, Siren, nails on the chalkboard, and many more. 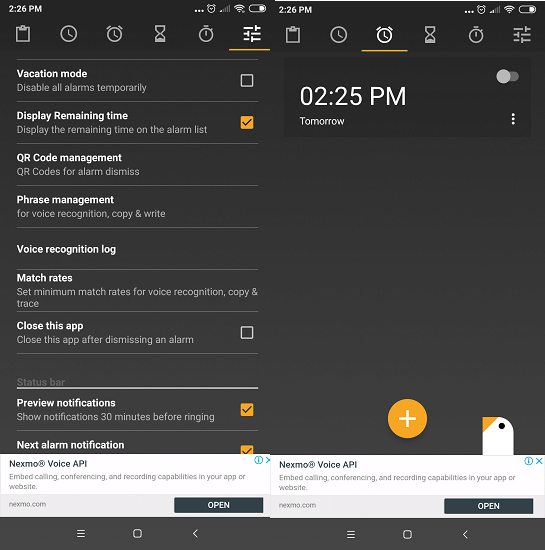 This is a great alternative to crazy wake up Alarm clock for Android users because it also combines most of the features of all the apps mentioned in the list. It has QR code scanning, phrase management, voice recognition, and match rates. Stopwatch and timer are additionally included.

Anyone of these apps is enough to make you frustrated enough to finally wake up. Although no one wants to start the day like that, it is absolutely necessary when you really want to make it a habit. Personally, I like to use Alarmy because of the simple reason of using it for a long time.