Starting with Windows Vista onwards, SuperFetch has been a prominent service provided in Windows computers. For those who are not aware of SuperFetch and how it works, this article will tell you everything that is there to know about it. What SuperFetch does is, it maintains and improves computer’s performance over time. SuperFetch runs in the background analyzing your app usage and marks them as a frequently used app. It analyzes those apps usage patterns and preloads their data into your main memory. So next time you launch those applications they will be loaded faster and more efficiently on your system.

SuperFetch also decreases the boot time of your computer. It takes a record of your data and files and stores this information in the form of a trace file. Now during the Windows boot process, these data/files are loaded faster to make your boot time faster. The trace files are stored in C: /Windows/Prefetch/ReadyBoot.

Enable Or Disable SuperFetch On Windows

You can turn on/off SuperFetch by either using the Services app or using the Registry editor if the first method doesn’t work.

I have used Windows 10 here but there’s no difference for earlier Windows like 8.

1. In the start menu, search for services and launch the Services desktop app. 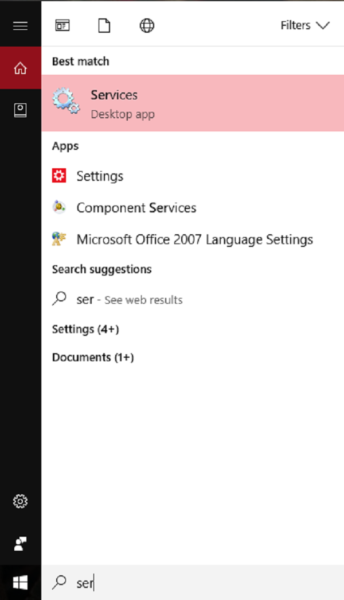 2. Now, navigate to Superfetch and double click on it. Once you have done that SuperFetch properties will pop up. 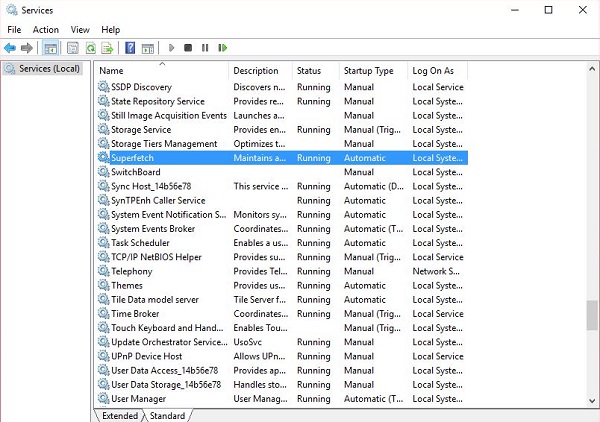 3. Under the General tab check if Service status is ‘Running’ or not. If it is, then click on Stop to disable Superfetch or click on Start to enable it. 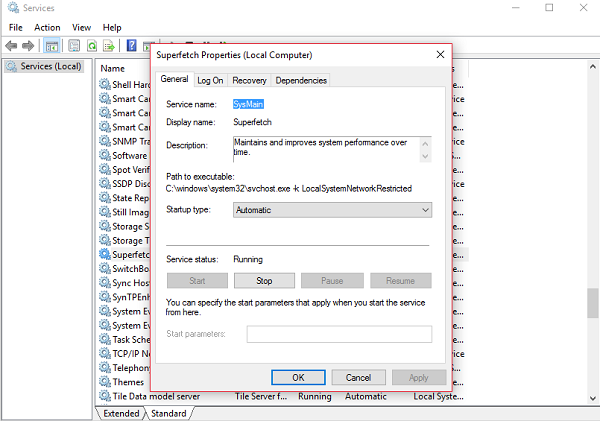 4. To permanently disable it from running automatically, look for Startup type in the same tab and set it to Disabled. Similarly, set it to Automatic to start the service automatically when required by an app or Manual if want an option to start it manually when needed. 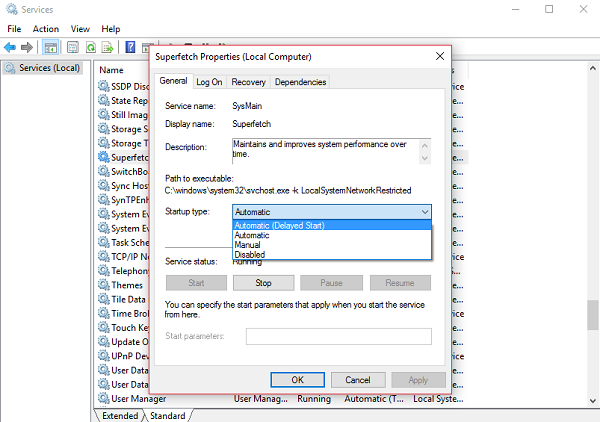 Note: Before you edit the registry key directly, make sure you take a backup of your registry for safety.

1. In the start menu, search for regedit and select it to run the regedit command. 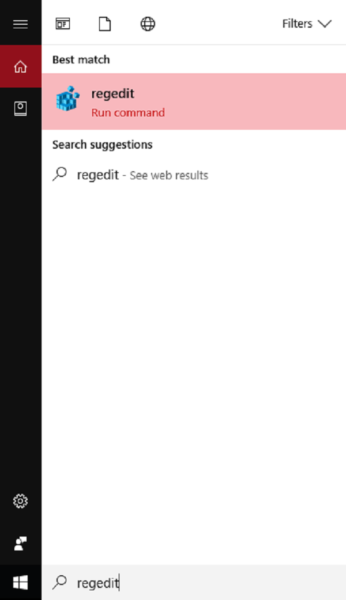 2. In the registry editor window navigate to PrefetchParameters from the left sidebar.
Use this location for navigation:

3. On the right side find a key named EnableSuperFetch. 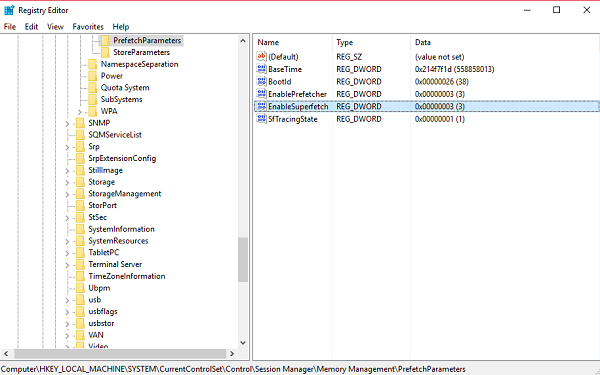 4. Double click on it to bring up the key editor. Change its value from 3 to 0 to disable SuperFetch. 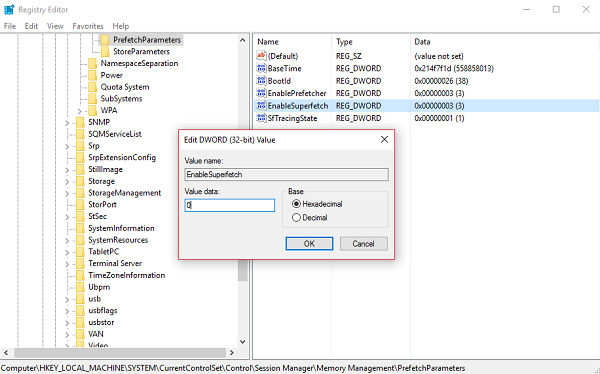 SuperFetch is a more capable version of PreFetcher, which was first included in Windows XP to manage computers memory. The difference is unlike its successor, Prefetcher do not analyze the most used apps by a user and loads up all its required files and data into memory. Instead, it stores a particular data about the applications you use into your hard disk for retrieving it faster.

Both of them have the same goal of preloading the files into RAM to run an app faster. But while Prefetcher does it by using the recorded information on the disk, SuperFetch uses the recorded usage pattern and pre-load the files that it expects the user to open. This way SuperFetch is a predictive tool that works more efficiently and loads apps faster than Prefetcher.

SuperFetch is highly convenient for people those who own a PC with an average specification. It helps to run applications more smoothly in that scenario by utilizing the free RAM. It might be running on your system without you being aware of it. SuperFetch only takes up your available or unused RAM so you don’t have to worry about it using up all your RAM. As soon as an application requires more RAM, it will release the memory accordingly.

SuperFetch had some negative reviews from gamers as it tends to slow their gaming performance. This problem might arise due to lower RAM in certain PC’s. As PC games continuously need available RAM and to do so SuperFetch has to continuously release data and gather data into memory at the same time. In such cases, there is no risk in turning it OFF. If files in your system are running perfectly and apps are loading smoothly then we would recommend you to keep it ON. But if you are facing issues with your internal memory(HDD) and RAM usage then see if your issue goes away by turning it OFF.

Suggested Read: How To Create Multiboot USB Drive On Windows

We all want our RAM to work with full efficiency, SuperFetch does that for us and makes our computer runs smoothly. It is only introduced for Windows PC and this is something all platforms should implement. In Windows 8 and 10 it automatically stops running when it detects an SSD in operation, as it is already faster.  When you are manually enabling or disabling SuperFetch, make sure you reboot your computer once for the system to implement the changes. In our experience, we don’t think enabling Superfetch ever affected the system negatively. What do you think? Comment down below.