There are lots of virtualization software out there that let you run multiple applications from different platforms in the same hardware. One of them is VirtualBox by Oracle Corporation. VirtualBox is an open source and freeware that lets users create a virtual environment to run a different operating system on the same machine. It runs on Windows, Linux, macOS, and Solaris. Also, provides support for various operating systems like a different version of Windows, Linux, Solaris, Dos, OpenBSD etc.

There are many uses of virtualization software. It not only lets you experience Linux on your Windows and vice-versa. But also saves money and time of software developers in developing multi-platform software. As enables them to test out a different OS version of their software on the same machine. But if somehow you are not satisfied with its experience or facing performance issue and looking for some other options. Then, we are going to offer you 7 alternatives to VirtualBox with new features and updates.

VirtualBox Alternatives To Run Multiple OS On The Same Machine 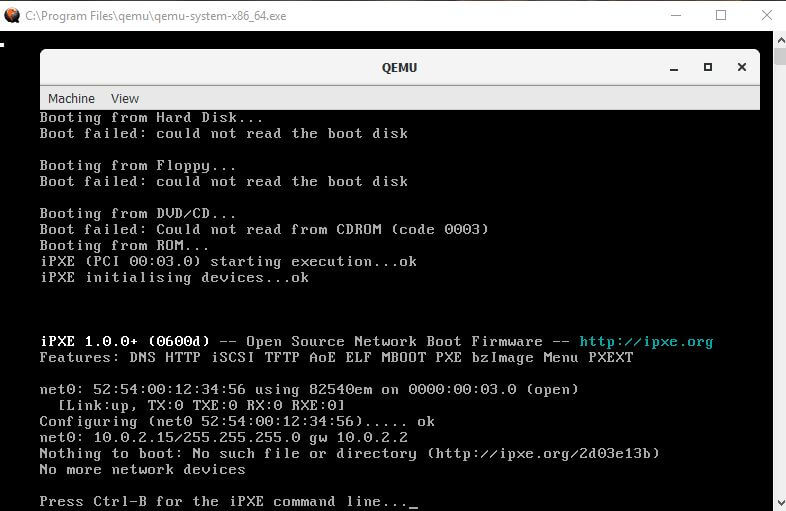 QEMU stands for “quick emulator” which is a highly capable open source and free virtualization software. It has support for Windows, Linux, and macOS as a guest and can also run on all three host platforms. Installing it is comparatively easier but gets a bit complicated while using it. While it doesn’t need a high configuration PC to run. To run your guest OS on the virtual machine as fast it would run on a traditional machine, you can integrate QEMU with Kernel-based virtual machine(KVM). How this works is with the help of KVM, you are able to run code for guest OS directly on your Host OS. 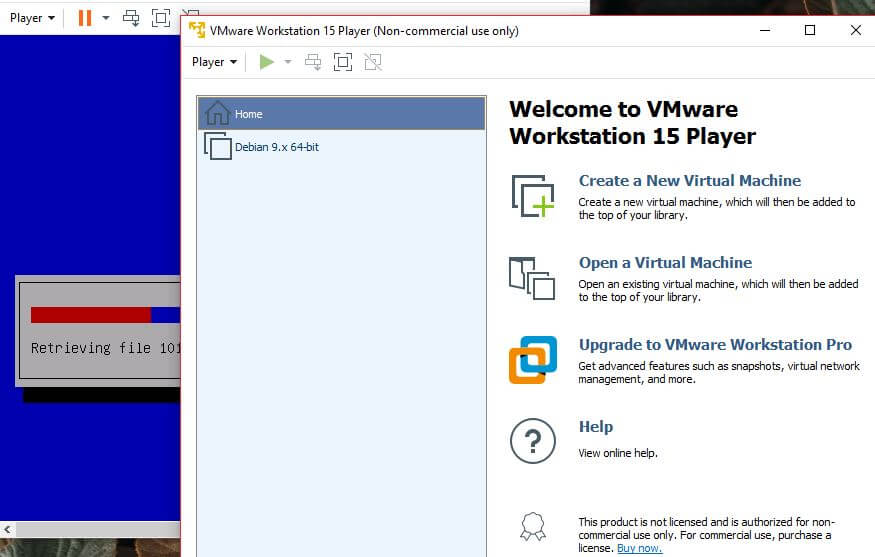 This was the fastest virtualization software that I tested out which is fully supported on Windows 10. It is only made available for Windows and Linux. Running a guest operating system on this virtualization tool was easiest among all. It has two versions, the commercial one which will cost you $150 for the license and the non-commercial one. If you just want it for personal use then you don’t have to buy a license.

However, you can only run three operating systems for the non-commercial version. You can install the operating system via installer disc or with a downloaded ISO image file of the guest OS. Once it is mounted, installing the OS is a guided stepwise process. Additionally, it also lets the guest OS to share external storage drive or USB devices. 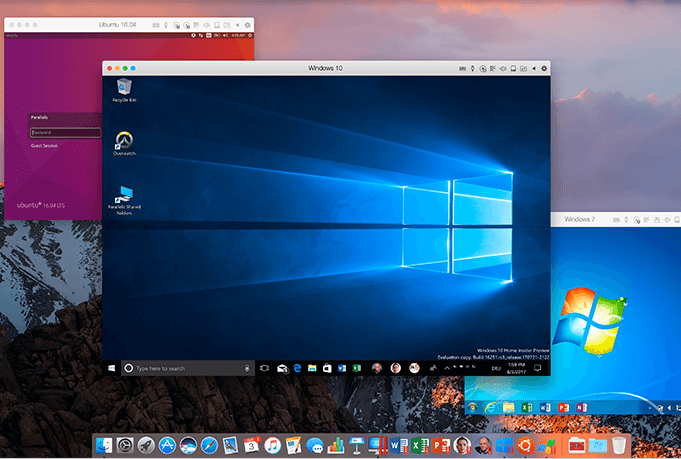 This virtualization software gives tough competition to big names like VMware Fusion and VMware Workstation pro when it comes to simultaneously running two OS. It is advertised for running Windows on Mac because for years it was only available for Mac users. But now a Windows version is also available with support for Linux and Chrome OS as a guest operating system. It works very efficiently while running Windows software on Mac and gets the best of both worlds. You’re still not allowed to run macOS on Non-Mac hardware. You do not need to reboot your system in order to run after installing it. This virtual machine software is ideal for both personal and professional use.

This is another effective virtualization software that runs on Windows hardware. Microsoft has developed it for the sole purpose of running Windows operating systems only. The advantage it has over others is that installation process and set up is easy. Also, it is free to download and as expected runs smoothly on Windows. So if you are a developer whose work requires to run other versions of Windows on your PC then this is best for you.

An important thing that you need to keep in mind that it only runs on Windows 7 operating system. But provides support for Windows XP to the current version of Windows 10 as guest OS. It supports the feature of running multiple versions of Windows OS at the same time, which is a handy feature to have. 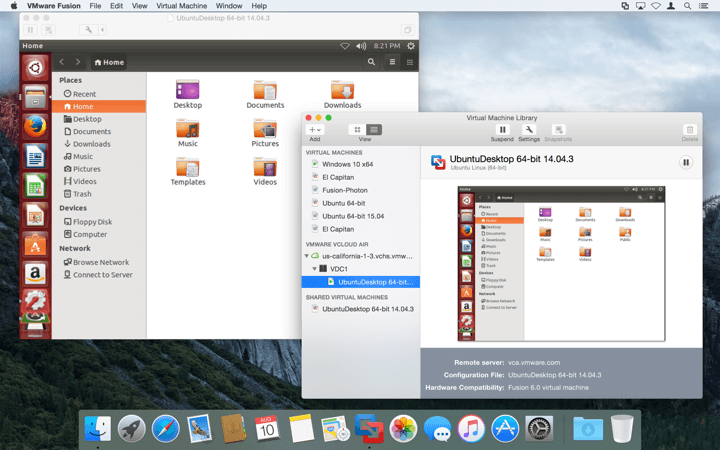 VMware Fusion is a VMware version of virtualization software for macOS. Therefore, don’t expect it to run on any other platform. It allows you to seamlessly run any version of Windows and Linux on the Mac hardware. The best thing about fusion is that Windows apps run on Mac as they would run on a Windows hardware. It does not require you to reboot your host system upon installing a guest OS.

This virtual machine software is best for Mac users who also like the Windows ecosystem and cannot let go of it. The pro version of VMware fusion will even add support for Cortana and Windows search on your Mac device. However, both of its versions are paid and you can get them by paying $82 for the basic version while $164 for pro. 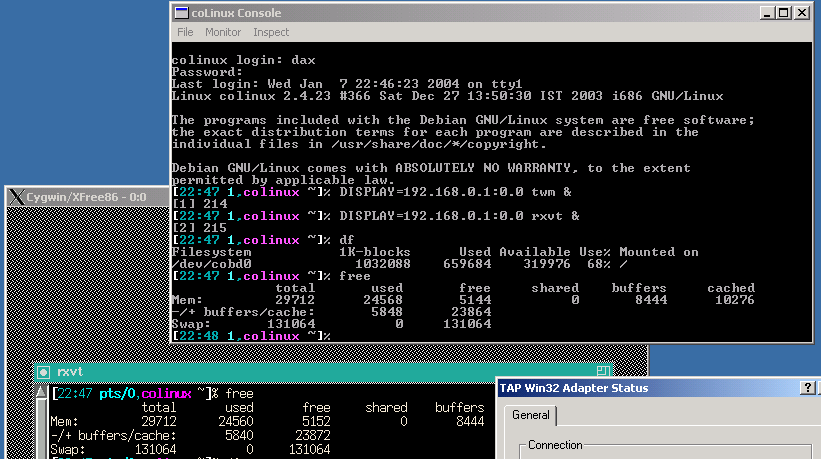 CoLinux is short for Cooperative Linux which allows Windows and Linux users to run both the operating systems in a simultaneous manner. Not only that, the programs and data from one operating system can be shared with other OS through their its own hardware called CVM. The CVM(cooperative virtual machine) is what makes it different from other virtualization software.

CoLinux has better hardware virtualization and portability method which helps it to run guest OS smoothly. It is a free and open source software to run Linux based operating systems. CoLinux will only run on following Windows version: Windows XP, 2000, Vista, and 7 with 32 bit CPU. You will need to download and install WinPCap as it needs the WinPCap library for ethernet support. 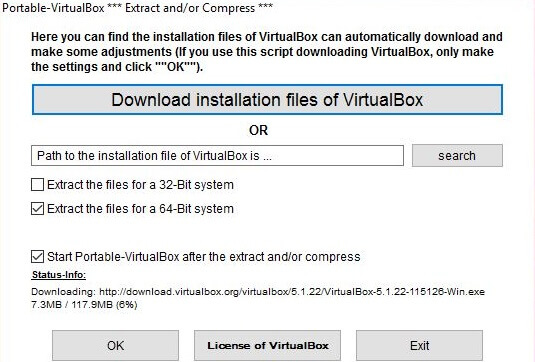 It is another virtualization software from Oracle Cooperation for business as well as personal use. It doesn’t pack as many functionalities as VirtualBox but has its own advantages. For instance, it can run on 64-bit AMD as well as Intel chipsets. It doesn’t need a separate installation as it can run an operating system from a USB drive, hence the name.

Due to its limitation, it will not support bridged networking i.e connecting a guest OS to a network on the host system through its network adapter is not possible. Therefore, you need a virtual network adaptor in order to do that. Portable-VirtualBox is highly configurable and supports following virtual guest operating systems: Windows NT 4.0, 2000, XP, Server 2003, Vista. It can also run Linux (2.4 & 2.6) and OpenBSD.

Hope you find a virtual machine software that is most suitable to your needs among the alternatives that we have listed. So if you need to migrate to a new operating system or want to test out your software then this list is for you. Try out the free version before paying for a commercial version as they can be a bit expensive. Also, please go through the system requirements and supported host OS before buying and downloading them. Drop a comment and let us know which one of these you are using and your experience.

2 thoughts on “7 VirtualBox Alternatives You Can Consider”