We are starting a new series at TechUntold called ‘Unheard of Founders’. The Internet is probably bored about hearing the successes of Steve Jobs, Bill Gates, Elon Musk and Jack Ma. There have been enough articles written, quotes shared about these greats. But the mainstream media has not covered all billionaires or extremely successful businessmen.

They do not get covered by the media because they are media shy or aren’t in the consumer space which is more popular. Nevertheless today we talk about ‘Masayoshi Son’, the Japanese entrepreneur who founded Softbank. 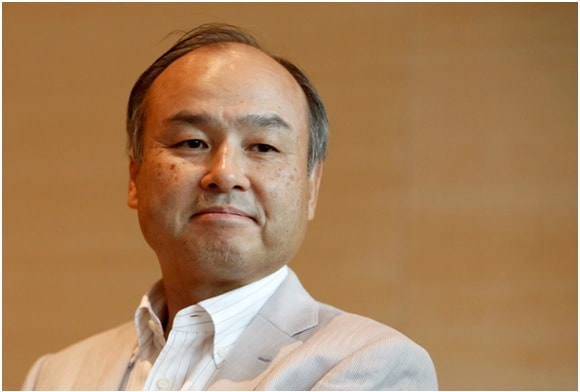 Softbank is the 62nd largest company in the world and 3rd largest in Japan. Softbank made revenues of 8.67 Trillion Yen in the Financial Year 2014.

Son always had an entrepreneurial spirit since when he was young. He met the President of Mcdonald’s (Japan) and was instructed to learn English and Computer Science. Son, Immediately moved to United States and finished his High School there. Just before he hit his 20’s Son was sure that the computer industry will drive the next revolution and was focused on getting a pie of that market.

He worked on multiple Ideas a day, to try and see what clicks. Son was able to convince a scientist who helped him create a voice operated translation device and a patent that was sold to Sharp for  $1 Million.

Masayoshi Son is eccentric and loves to take big bets. He invested heavily in companies like Alibaba and Yahoo with over a $100 million investments that both Jack Ma and Jerry Yang said they did not need. These investments are worth multiple billions right now.

His big bets have also back fired when he’s lost close to a billion dollars in just one single Investment. His biggest set-back was when he lost close to $70 Billion in the dot-com crash. How does one recover from that? He did recover when he started providing Internet services that were much cheaper and much faster than the competition. This paved the way for his foray into telecom when he bought out Vodafone Japan for $15 Billion.

Son was also a master networker, he was close friends with the Silicon Valley elite like Bill Gates and Steve Jobs. Son approached Steve Jobs and told him about the ‘Mobile Enabled iPod’ that they were planning, when Steve cut him off and said Apple has been working on their own version of it.

Son immediately asked him to give rights for the iPhone and Jobs agreed. Nobody knew that the iPhone would be such a grand success, but it was and made Softbank an exclusive partner and made it the most competitive carrier.

Softbank brought Sprint and has over 80% stake in it.

Masayoshi Son is eccentric, he says before investing in a company he looks into the eyes of the entrepreneur. In a conference he said, if the entrepreneur’s eyes sparkle then he will make an Investment. Softbank also has a majority stake in Supercell, the company behind clash of clans.

Masayoshi Son’s story is of a man who is relentless to grow. Growth is his only focus and he will do whatever it takes to achieve that. It’s also a story of up’s and downs that will be encountered, but being a problem solver at tough times is what separates the good from the great.