Intuition is something that we pay heed to very rarely. I do that sometimes but it follows a lot of doubt and questions because I’m not certain about this strange idea of inherently knowing what is right and what is wrong. Well, if you really need a text that builds up your decision-making abilities based on intuitions, Tim Cook story is the only example you might need. 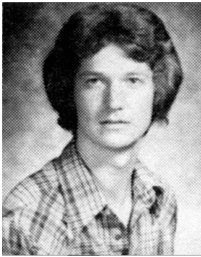 Timothy Donald Cook, popularly known as Tim Cook was born on November 1, 1960, in Mobile, Alabama, United States. Born to parents who were not even an inch close to the technology world: father Donald Cook was a shipyard worker and mother Geraldine worked in a pharmacy.

During his adolescence, Tim graduated from Robertsdale High School. He lived with a small happy family. Tim has always been a down to earth person and doesn’t forget where he comes from. He used to work as a paper delivery boy when young and has mentioned working in the factories and manufacturing plants.

The journey of this high school graduate into the technology world began when Tim completed his Bachelor of Science (B.S.) in Industrial Engineering from Auburn University in 1982. After graduation, he started working in IBM in Intelligent Electronics division for next 12 years during which he also completed his Masters of Business Administration (MBA) from Fuqua School of Business at Duke University.

Corporate Life – How he Got Into Apple?

Later, he became the Chief Operating Officer of the computer reseller division of a company named Intelligent Electronics. He worked as the COO for a good four years and later joined Compaq as the vice president for corporate materials.

It’s been only six months when Cook started working in Compaq when he met a young, passionate, almost ridiculously charming and captivating human being. If you still didn’t get the person these adjectives have been applied on, yes that charming person I’m talking about is no other than Steve Jobs.

Let’s rewind a little bit, Cook was offered a job at Apple during his days at Compaq, but surprisingly as only a few know, rejected it. Later when Steve personally asked him to join Apple in 1998, he accepted it without taking more than five minutes to think about the decision. So what made him do that?

Steve’s “Reality Distortion Field” could be given a frivolous blame for that. Steve’s way of describing things and his frequency in some way matched with Cook’s thoughts and hopes which conceived in him a strong intuition in which he invested his one hundred per cent of faith and without thinking much accepted the offer. He was appointed as Senior Vice President of Worldwide Operations.

Though Cook’s start in Apple was a fateful incident, his journey in the company was not. He is a man who knows both business and technology very intimately and knows how to establish a relationship between products and people. His leadership strategy is solely based on three elements: People, Strategy and Execution. “If you get those three right the world is a great place.”

He is a man who respects time like no other. This respect can be linked with when he was misdiagnosed with multiple sclerosis in 1996. That made him look at life in a completely different way. He is well known among the employees as a fitness enthusiast and a person who looks at smallest of the things really differently. Tim is so particular about time that he recommends his favorite book “Competing against time” by Jr. George Stalk to new employees at Apple.

During Steve’s medical leaves, Tim used to be appointed as interim CEO, thus handling all of the operations at Apple while Steve took the major decisions. It was on August 24, 2011, when Cook became the full-time CEO of the richest company in the world. 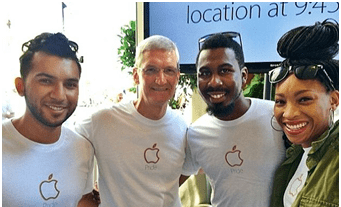 Tim’s personal life is a mystery. He even uses an off-campus fitness center for privacy. As he never married and had a way with his private solitary life, it was reported that Cook might be gay. It was confirmed on October 30, 2014, by Cook himself in an editorial with Bloomberg that he is a proud gay man. “I’m proud to be gay, and I consider being gay among the greatest gifts God has given me.” Unlike Jobs, he has been indulging in raising money for various causes and charities. He even has plans to donate his $120 million worth stock fortune to charity.

About Tim Cook Net Worth and House

Tim Cook had it in him throughout his life but a mere intuition changed his path as ultimately he became the CEO of Apple with a net worth of $800 million. Passion, hard work, strategy, execution and people, these are the elements that made him what he is today. 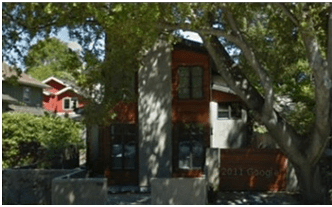 Fortune has listed him multiple times in The Most Influential People, yet he is one of the most down to earth people you can meet who still lives with his parents in a four-bedroom 2,400 – SQ. ft. house in Palo Alto, California.