WhatsApp has been a widely used messaging app for over a decade now, and it has taken over the market by storm. It is surely an amazing app to connect people all over the world through internet and that is why WhatsApp cracked a 19 billion dollar deal with Facebook. The popularity of this app has grown so much that we hardly see any smartphone without WhatsApp application installed in it. As of 2019, more than 1.5 billion people are using WhatsApp, compared to its user base of 200 million in 2013. Now, this can give you an idea of the popularity of this amazing messaging app.

But other than just providing ease over communication, the founders of WhatsApp surely came up with a catchy and impressive name. So the question that comes to mind is how exactly they came up with this name? And I am sure that like me, you are also curious to know the reason behind WhatsApp name. That is why I decided to write this article to feed on to your curiosity after feeding mine.

Don’t Miss: How To Set Full-size Photos For WhatsApp Profile

The Reason Behind WhatsApp Name

Let me start this by asking you a question. What do you say or the most common phrase you use for catching up with your friends? Well, without a doubt, the answer has to be What’s Up! And this is the exact reason behind the name of WhatsApp. The founders took this phrase(What’s Up) as they built an application which is used for communicating with your friends.

Now it is perfectly clear that WhatsApp is a pun on What’s Up. And since it’s an application, so they used the suffix “App” instead of “Up.” And what’s impressive is that they both sound quite similar when spoken out loud. The founders knew that someday, people would be looking for the reason behind this name, and that is why they mentioned the reason on WhatsApp official website:

And yes, WhatsApp is a pun on the phrase What’s Up.

So now you know the simple reason why is WhatsApp named WhatsApp. The reason wasn’t so dramatic after all. It was just that the nature of the app was quite similar to the phrase which we use almost every day in our life.

Now other than just coming up with a messaging app having a catchy name, the founders of WhatsApp really outdid themselves by coming up with a simple, yet attractive logo. The logo of WhatsApp is something which has been the same from the very start. And we see this logo a number of times throughout the day, but we still don’t realize the true meaning behind it.

Well, the WhatsApp logo represents its two basic functions, which are messaging and calling. The founders came with the idea to represent these two basic and the most important functions of the app in its logo. For that, they combined both of them by including the call icon in a message bubble.

Reason For WhatsApp Inbuilt Status Or About 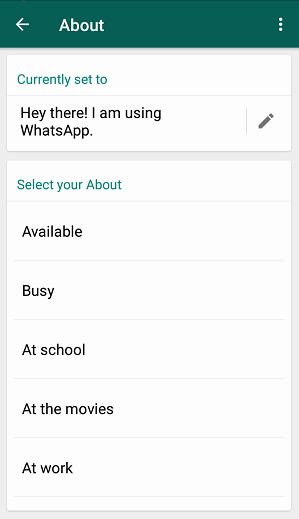 Now as we are exploring the secrets behind WhatsApp, then how can we not discuss the WhatsApp About Status.

The preset About Status like “Busy,” “Available,” or “At Movies” in WhatsApp were really thoughtful if you think about it. These messages could be regularly updated based on the activity you’re doing. Now what made the founders include this feature in their app?

Well, aside from setting a communication platform between friends, the founders wanted the app users to know what their friends are actually doing at the moment. They knew that this feature could be really helpful. For instance, if you see someone’s WhatsApp status message set at “Busy,” then you realize that this might not be the right time to call or text them. And the usefulness of this feature is the only reason that this feature is still available on the app.

WhatsApp is the app that surely improved communication all over the world. It came with a very simple user-friendly interface which made us fall in love with this app immediately. And that is why we came up with this article so that you could explore some secrets behind this amazing app. 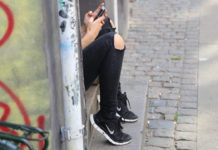 How To Leave WhatsApp Group Permanently

How To Add WhatsApp Icon To Lock Screen On Android

How To Forward Image With Caption On WhatsApp