Elon Musk needs no Introductions, but this man’s story has to be told to the world. Elon Musk was born in South Africa and according to him had a childhood filled with devouring books after books on science fiction and biographies of great people. His life in South Africa also had episodes of bullying, where he was bullied because of his interests in studies and science.

An incident of bullying almost killed Elon, but he got away with a broken ear. Till today he has niggles in his body because of that incident. Elon left South Africa to pursue a Ph.D. in applied physics at Stanford University. But in a typical entrepreneurial fashion, he quit after two days to pursue a career in entrepreneurship.

The first company he started was Zip2 with his cousin Kimbal Musk. Zip2 was an online city guide for the newspaper publishing industry. He wanted to become the CEO of the company but was denied by the board. Zip2 had a successful exit when they were sold to Compaq and Elon became a multi-millionaire for the first time in his life.

His next company was X.com, which was an online payment system. A lot of people think Musk started Paypal, but that isn’t the truth. Paypal was started by another visionary entrepreneur Peter Thiel, who is an extremely successful venture capitalist now with early investments in Facebook. When both companies merged together, the whole entity was called Paypal. Although Elon Musk was ousted as the CEO, Paypal had a successful exit and sold to e-bay for a $1.5 Billion.

Now a lot of insider’s who worked at Paypal had reasons suggesting that Elon Musk was not the true driver of growth and it was Peter Thiel who was responsible for it. Information like this tells young entrepreneurs that you will not be perfect when you start out but will get better and better if you don’t give up.

Elon Musk met his first wife Justine in Canada where he pursued her relentlessly till she fell for his charms and tenacity.  Justine said about Elon, “He won’t take no for an answer.” Justine and Elon married in 2000 but their relationship was tumultuous. After around six to seven years of marriage during a fight, Justine told her husband “Treat me like your wife, I’m not your employee”, Elon replied saying “If you were my employee, I would have fired you.” They both have 5 kids together.  In 2008 Justine divorced Elon Musk.

I do think of him as the Terminator. He locks his gaze on to something and says, ‘It shall be mine.’ Bit by bit, he won me over.

Companies that will change the world

Elon musk was asked in an Interview about why he chose to pursue these massive companies in two very difficult Industries. He replied saying,

I knew I could have started another Internet Business and made billions, but I wanted to do something more, I wanted to impact the world.

When Elon researched what he could do next, he realized the dependence of humanity on fossil fuels. Contrary to popular belief, Elon Musk did not start Tesla. He invested in Tesla and had a falling out with the CEO Martin Eberhard. Martin was eventually ousted from his CEO position and Elon Musk took over. Tesla is an electric car company.

His other passion was about saving humanity. Elon believes that humanity needs to be a multi-planetary species to survive in the long-run. He thinks the odds of survival being in only one planet is not too high. He started off SpaceX with his own money.  SpaceX makes rockets for NASA and other governmental space organizations.

Elon Musk has probably the highest risk appetite among all the entrepreneurs in the world. When he goes all in, he goes all in. This was his quote when he decided to use all of his personal wealth in Tesla and SpaceX.

I will spend my last dollar on these companies. If we have to move into Justine’s parents’ basement, we’ll do it.

From Ashlee Vance’s book, it says Elon Musk interviews everybody in the team, including the janitors. During the Interview, Elon supposedly keeps his back facing towards the potential hire and does not say anything, he is, in fact, replying to emails and working while you are talking. He does not make any eye contact while you’re interviewing, but he is listening and paying attention. After a few minutes, he will turn and look at you and ask you a series of puzzles.

Elon is also known for his 100 hour work weeks that he has been doing consistently for 15 years. He says that If you work for 100 hours a week and your competitor works for 50 hours a week, you will get done in 6 months, what they’ll take a year to do.

Elon’s incredibly high standards for his team cannot be better explained than this story. There was a senior engineer in SpaceX who dealt with Elon on a daily basis. The Falcon9 rocket that the engineer was working on required a vital part without which the rocket wouldn’t get off the ground. When he found the part made by another manufacturer and told Elon about it, Elon replied saying it was too expensive and they needed to manufacture their own. Now, this was a highly technical product, which is extremely difficult to create, with Elon’s minuscule budget, the Engineer and his team got to work. After many months of toil and encountering dead-ends, they finally figured it out. It almost took them a year.

When the engineer gleefully shot off a mail to Elon saying how he and his team managed to build this part at a fraction of the cost, done by no company in the world and within a year, he was expecting a hearty congratulation or something more.

This was the standard that was expected at Elon Musk’s companies. You were expected to break barriers and come up with new inventions daily. Those high standards were the minimum basic requirement.

Outside of Elon Musk’s office, there are two posters on each side of the wall. The poster on the left was Mars in its current form. A barren land with rocks and gravel that no man can inhibit. 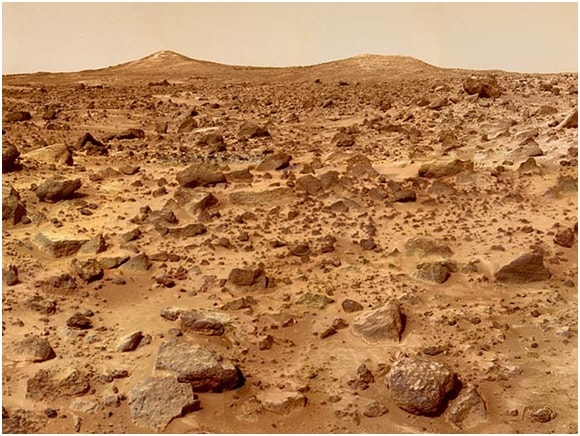 The poster on the right was the Mars of the future. A planet filled with humans under a dome and terraformed for humanity to live in. That is Elon Musk’s vision. 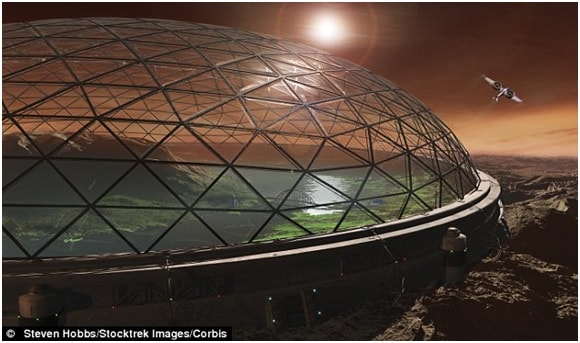 Now, let’s look at some challenges faced by Elon Musk.

Before I begin let me say, Failure as a term is to be used only when someone gives up and say I cannot do it, or this isn’t possible. If they are still working at it and trying to figure out solutions, then they haven’t failed yet. Elon musk truly does not have that many failures because he doesn’t give up.

Truth be told, a lot of entrepreneurs want to be like Elon, they want to be able to emulate his success, grow billion dollar businesses in multiple Industries. But you cannot get that kind of success without taking a few hits along the way. And with Elon, those hits are huge.

What you think is a problem to you, will not even be on the top 1000 list of Elon’s problems, his problems are way bigger and that’s what make him Incredibly successful. For those of you who want to follow in the footsteps of Elon musk, you need to understand one thing, Elon eats failure for breakfast, he’s challenged at lunch and he’s successful by dinner. Elon’s failure cycle is so high that he’s failed rapidly, learned his lessons and back to being successful. 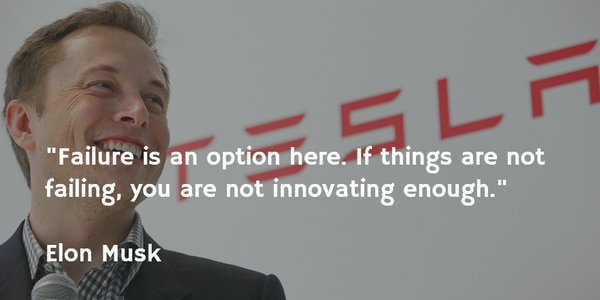 One of the earliest challenges face by Elon Musk was when the board of directors refused to let him become CEO of the company he started. The board of directors claimed that Elon did not have any operational responsibilities and because of that he couldn’t be the CEO. Another issue they saw, was his inexperience and hence appointed another CEO.

His first-born child died when he was ten weeks old

Elon’s first born baby Nevada died due to a syndrome called the Sudden Infant Death Syndrome. His baby was ten weeks old and died because he stopped breathing. Understandably, this created a big impact on him and his wife.

SpaceX had money for three launches, they failed all three times

SpaceX, which is Elon’s rocket making company almost died without launching a single rocket. They had the funding for 3 rocket launches and even if one were successful they could get additional rounds of funding from NASA. They failed all 3 times and the employees were shattered and some were even crying. After the third failure, Elon Musk addressed his entire company and said, “Look. We are going to do this. It’s going to be okay. Don’t Freak out”. He had arranged money from friends from his PayPal days for another launch, they succeeded.

Tesla had delayed their launch for over 4 years

There were reports written about Elon Musk that he would never get his electric car out into the market. Some reporters claimed that he was a big money gambler who played with other people’s money and tried to achieve his childish dreams. A lot of people claimed that Elon Musk would fail terribly because there was no successful car company that was created in the past 50 odd years and also there was no electric car company which had ever succeeded. Elon broke both those notions by launching the Tesla Roadster, an all-electric sports car. Without any sort of marketing Tesla was able to sell thousands of their Roadster. Present day owners of the Tesla include celebrities like Leonardo Di Caprio.

In 2008, his personal life and professional life took a hit.

In 2008, the recession hit and put millions out of jobs including financial behemoths. This made a huge impact on SpaceX and Tesla. Elon had a choice to make. Whatever money he had, he could split it and put some in each company and endanger the solvency of both companies or choose one company to put all the money into, that would guarantee the death of one company.

He went through a long and very public divorce from his wife. Elon Musk was caught in a long drawn court proceeding which dented his personal wealth as well. He also claimed that he almost went into a depression at this time.

But he decided to split the money and keep both companies alive. On Christmas day that year, he got a call from NASA who were ready to put in $6 Billion into SpaceX. His decision ended up being right and both the companies survived. He met another girl who was a model and got married to her.

The story of Elon Musk is a different one, he is built like a machine and he will take head on any challenge even if the odds are insurmountable. You cannot be born with this quality or you cannot be taught, it has to be experienced every single time. The bigger the problems you solve in life, the better your life will be.

You can know more about him in his biography. 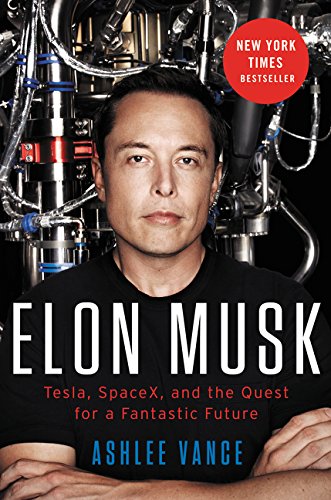