Google has surely raised the bar when we talk about the apps and other features that work on your smartphones. The company has designed such apps that assist its users in day to day life. The same thing goes for Google Lens. This amazing app was designed to help you in many different ways. You can make an attempt to identify any object by simply showing that object to Google Lens app. Other than that, you can read barcodes and QR codes too. There are many other advantages of using this app, but in order to get them handy, first and foremost, you should know how to open and use Google Lens.

So right here at TechUntold, we will give you a simple guide that will help you activate the Google Lens on your Android and iOS devices.

Activate And Use Google Lens On iPhone

1. Firstly, download the Google app for iOS on your device if you haven’t already.

2. Now, open the Google app and tap on the Google Lens icon adjacent to the mic icon in the search box.

3. In the next screen, Google will tell you that it will analyze different objects while using the app. Along with that, you can also read the Terms of Service and Privacy Policy. Tap on Got it after that. 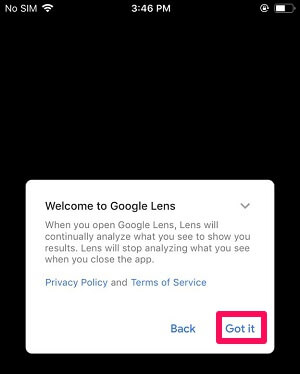 4. Now, Google Lens will ask for permission to access the camera. Tap on OK. 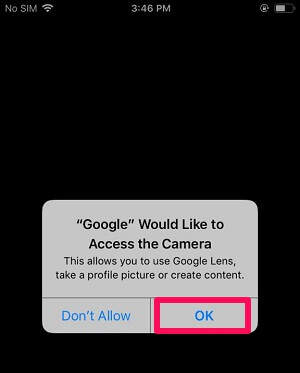 5. The app is ready to be used. Show the object to the camera for which you desire to get information and tap on the search icon. All the related results will appear on the screen.

Google Lens has many other uses too. You can copy the desired text by simply showing the text to the camera and also translate that text to any other language.

Google Lens can also be used while using the Google Photos app but there is a limitation to it. You cannot make use of the camera function inside the Google Photos. So basically you can only recognize the images that are already stored on your device.

2. If you are using Google Photos for the first time, the app will ask for permission to access the photos. Give permission by tapping on OK. 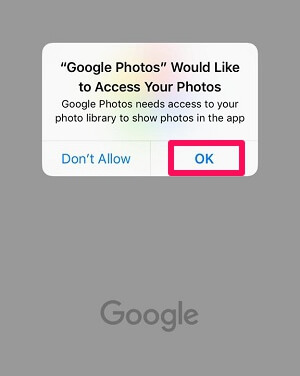 3. Give permission to Google Photos to send notification by tapping on Allow. 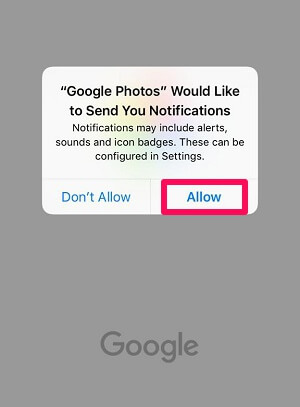 4. Now select any photo that you like to recognize and tap on the Google Lens icon at the bottom. 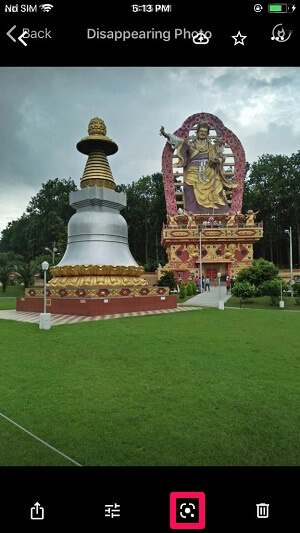 5. All the possible results related to that photo will appear. If the photo has many things for which the search can happen, you can make use of the crop feature to make the results much more specific. 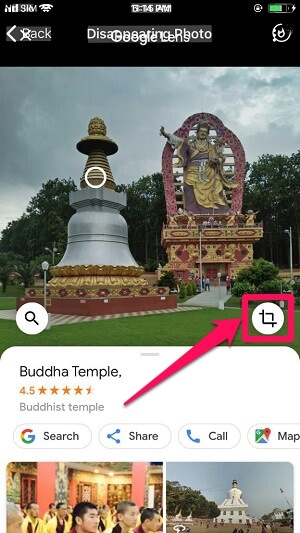 With these simple methods, you can easily use the Google Lens app on your iOS devices. You can also make use of Google Photos for using the Google Lens in Android devices.

How To Use Google Lens On Android

Google apps are much more compatible and easy to use in Android devices as compared to iOS devices. Similar is the case with Google Lens. For using Google Lens in the Android devices, these methods are going to work best.

Why go somewhere else when you have Google Assistant at your service. The Google Lens app can easily be used from inside the Assistant app. All you need is a proper guide to make the app work.

2. Now tap on the compass icon at the bottom-right side of the screen.

3. On the next screen that appears, tap on the Google Lens icon, adjacent to the mic icon. 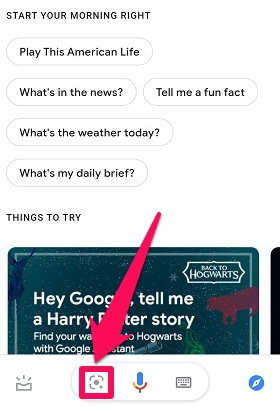 4. Give permission to Google Lens to analyze the objects and read the Privacy Policy and Terms of Service, similar to the iOS device. After that, tap on Get started. 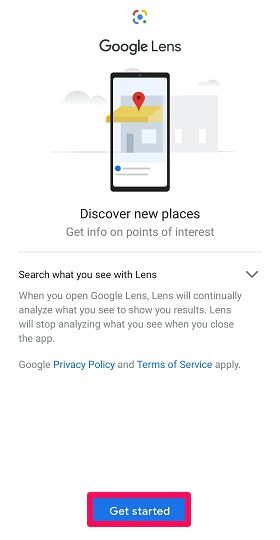 5. Google Lens will now open. Recognize the objects, translate text, get help with your dining and do much more.

Unlike iOS devices, the Google Lens app is available for Android users and can easily be found on the Play Store. Although the Lens app works perfectly when you open it using the Google Assistant, even then if you want, its app can separately be downloaded and made use of. After you download the app, it works exactly the same as it worked while using it in Google Assistant.

Google Lens is one of the apps made by the company that has really been appreciated by the users. The multiple features of the app like text reading through the camera, text translation, object recognition and recognizing the popular dishes on the menu completely give it an upper hand against its competitors. So this app should definitely be given a try by everyone.